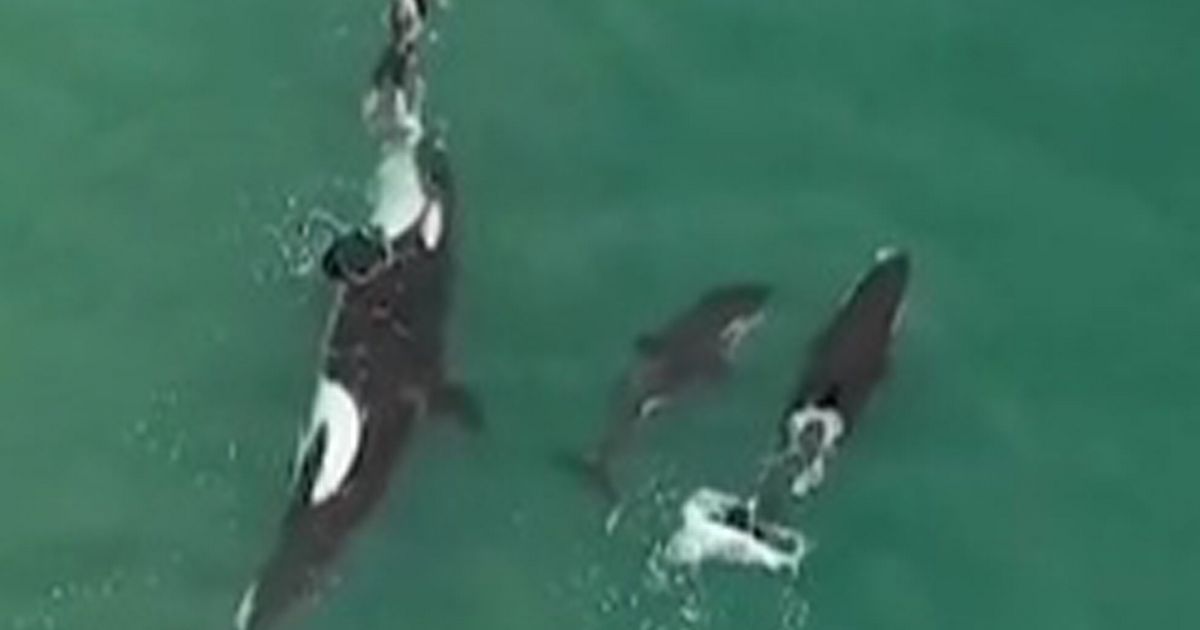 Terrifying footage has captured the moment a woman found herself encircled by a pod of killer whales while she was swimming alone.

Judie Johnson, who is in her 60s, was at Hahei Beach when three orca came right up close to her in the water last week.

The whales are seen swimming around her with the biggest whale biting at her toes.

At first Ms Johnson believed that the orca were dolphins, before she noticed the white colour on their back.

She quickly got out the water as she thought her black wetsuit was similar to how a seal may look – which is what the apex predators usually eat.

However much to the shock of onlookers, Ms Johnson got back into the water later to finish her swim.

The pod of whales returned and surrounded her again, make up of what she believed to be an adult, juvenile and calf.

Ms Johnson told News Now that after initially being gripped by fear, this quickly turned into joy after staring directly into the adult orca’s huge eyes.

She said: "It was so different to anything that’s happened to me before, and I thought, no, this is a life-changing experience.

"They were as interested and curious about me as I was about them."

The drone footage taken by Australian tourist, Dylan Brayshaw, who first saw the encounter from the beach.

He said he was shocked when the seasoned swimmer got out of the water, only to return to the killer whales.

But Orca expert Dr Regina Eisert has confirmed that the swimmer was not in danger.

She said: "Killer whales are the largest of the dolphin family so they are just big dolphins with a fancy paint job and we all know dolphins are very, very smart and very playful."

Killer whales, or orca, are the largest members of the dolphin family.

Although the marine mammals do not usually attack humans in the wild, there have been reports of them lashing out at handlers in marine parks.

However conservationists still warn swimmers not to approach the apex predators.