Home » Teen who recorded George Floyd’s death speaks out: "It made me realize how dangerous it is to be Black in America" 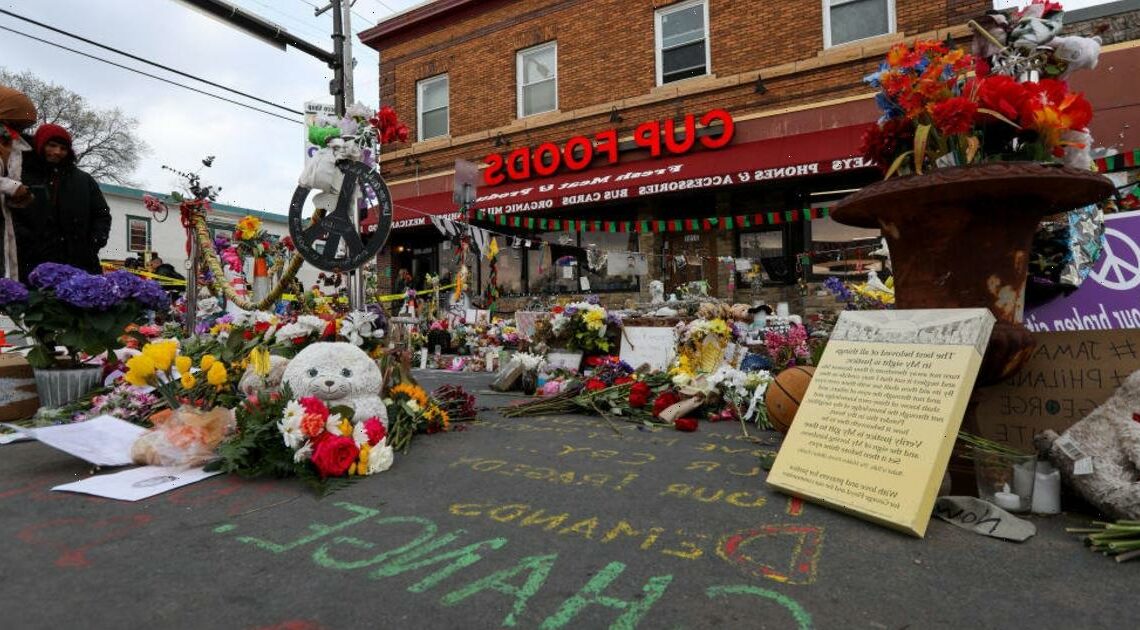 Teen who recorded George Floyd’s death speaks out: "It made me realize how dangerous it is to be Black in America"

Darnella Frazier was 17 when she recorded the now-viral video of George Floyd’s fatal arrest. She has made very few public statements about her experience — but on Tuesday, the one-year anniversary of Floyd’s death, she spoke out about the impact witnessing his death has had on her life.

“Everyone talks about the girl who recorded George Floyd’s death, but to actually be her is a different story,” Frazier said in a Facebook post. “…It’s a little easier now, but I’m not who I used to be. A part of my childhood was taken from me.”

Frazier, now 18, said she had been walking with her 9-year-old cousin near Cup Foods when Floyd was arrested. She recorded the arrest on her phone, protests broke out worldwide soon after her video went viral. Soon thereafter, the police involved were fired and charged, and now, a federal police reform bill named in Floyd’s honor is ready to be weighed by the Senate.

A year ago, today I witnessed a murder. The victim’s name was George Floyd. Although this wasn’t…

Although she has not issued many public statements about Floyd’s death, she provided emotional testimony about what she witnessed during the trial of former Minneapolis Police officer Derek Chauvin, who she filmed kneeling on Floyd’s neck for 9 minutes and 29 seconds. As Chauvin was convicted on all counts for the murder of George Floyd, Frazier was praised as a “hero.”

President Joe Biden said that Frazier was a “brave young woman” for capturing the fatal arrest, while actress Kerry Washington said that the teen’s “bravery in that moment must never be forgotten.” Many said that without Frazier’s video, there is a chance that the police’s original description of Floyd’s killing — a “medical incident during police interaction” — wouldn’t have been challenged.

All of this, Frazier said, came from what began as a “normal day.”

“I was only 17 at the time…not even prepared for what I was about to see, not even knowing my life was going to change on this exact day in those exact moments… it did. It changed me. It changed how I viewed life,” she wrote.

It also changed her family’s life, she explained. Following the arrest, Frazier said her family’s home was “no longer safe,” and described waking up to see reporters at her door. When she closed her eyes to go to sleep, she said, it would be only to “see a man who is brown like me, lifeless on the ground.”

The teen said she didn’t sleep well for weeks, and said that she had anxiety and panic attacks every time she saw a police car and that her mom would have to hold her because she would “shake so bad at night.”

“I hold that weight. A lot of people call me a hero even though I don’t see myself as one,” she said. “I was just in the right place at the right time.”

“Behind this smile, behind these awards, behind the publicity, I’m a girl trying to heal from something I am reminded of every day,” she added.

The teenager also described how seeing Floyd’s death just feet away from her made her realize “how dangerous it is to be Black in America.”

“We shouldn’t have to walk on eggshells around police officers, the same people that are supposed to protect and serve. We are looked at as thugs, animals, and criminals, all because of the color of our skin,” she said. “Why are Black people the only ones viewed this way when every race has some type of wrongdoing? None of us are to judge. We are all human.”

Frazier said that witnessing Floyd’s death was a “traumatic life-changing experience,” but that even still, she is proud of herself for capturing what happened.

“If it weren’t for my video, the world wouldn’t have known the truth. I own that. My video didn’t save George Floyd, but it put his murderer away and off the streets,” she said.

But Frazier also noted that it “shouldn’t have to take” situations such as Floyd’s for people to understand “it’s not ok.”

“I don’t think people understand how serious death is…that person is never coming back. These officers shouldn’t get to decide if someone gets to live or not. It’s time these officers start getting held accountable. Murdering people and abusing your power while doing it is not doing your job,” Frazier said. “George Floyd, I can’t express enough how I wish things could have went different, but I want you to know you will always be in my heart. I’ll always remember this day because of you.”