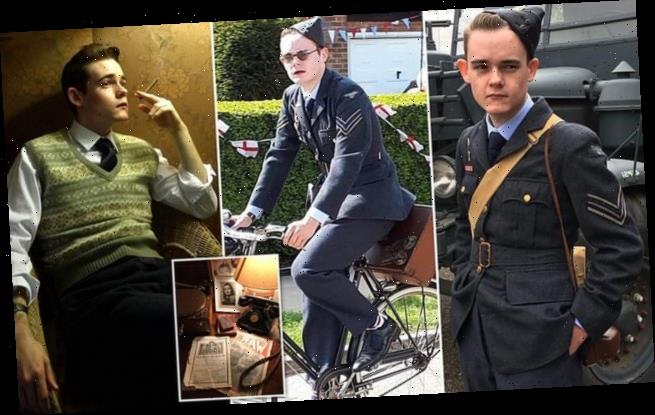 Teen, 19, obsessed with the 1940s who sews his own clothes and rides around on a vintage bike reveals he’s spent £10,000 on memorabilia including Oxford ‘bags’ trousers, an RAF uniform and a gramophone

A teenager who’s fascinated with the 1940s has spent around £10,000 snapping up memorabilia from the war-time era – and spends his time dressing like a middle class man from the period.

Charlie Roy, 19, from Milton Keynes, believes his love of all things vintage was sparked at the age of six, after listening to stories his nan told him from her time working in a powdered egg factory during the Second World War.

Growing up, his obsession has continued and he’s now amassed over £6,500 worth of memorabilia from the 30s, 40s and 50s – and spent a further £3,500 on tweed jackets, Oxford ‘bag’ trousers and RAF military uniform.

The time-warp teen says he was bullied as a youngster for being ‘different’ but that now his friends affectionately dub him a ‘vintage fruitcake.’ 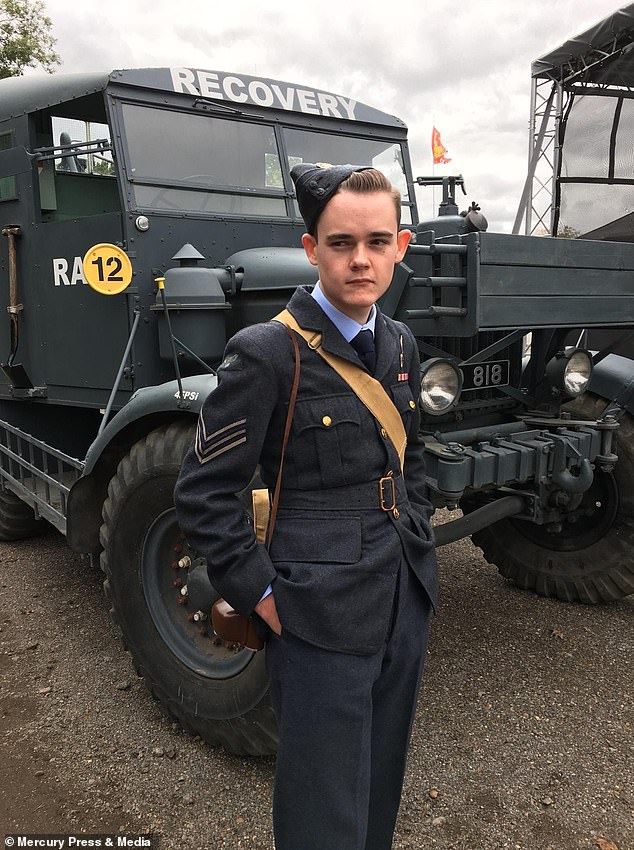 Step back in time: Charlie Roy, 19, from Milton Keynes says 40s obsession began when he was six after listening to his nan’s tales about working in a powdered egg factory 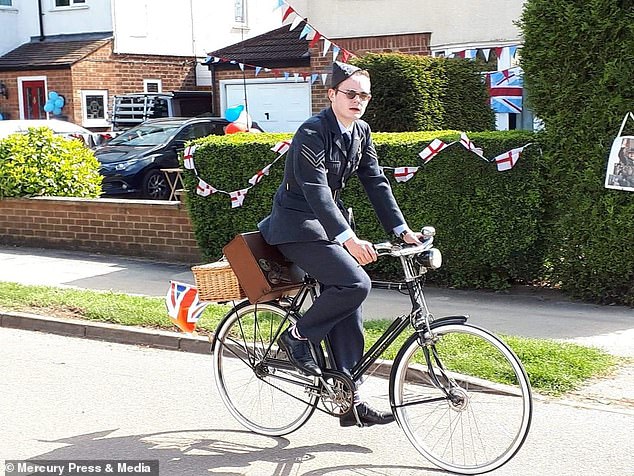 Now 19, he’s amassed a huge collection of memorabilia from the wartime period – including a vintage bike, which he rides around his home town 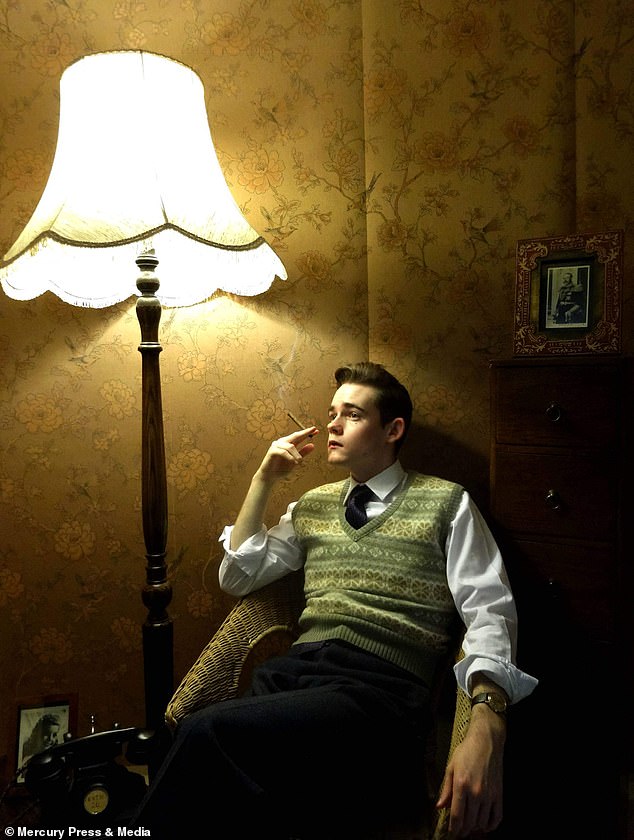 Elegance: Charlie says the period seems more refined than the modern day and he aspires to dress like a middle class man from the 1940s

His great grandfather Ron, a WWII veteran is also a big inspiration and the teenager says his dream is to learn to drive in a classic Austin 7.

Charlie said: ‘I’ve been into all things vintage since I was six years old. My great nan Peggy used to work in a powdered egg factory in the 40s and my other great grandma Helen worked at the Handley Page Factory in Cricklewood, building Halifax Bombers during the height of the war.’

He explains that their stories left him captivated by the bygone era: ‘The world they described seemed like a completely different world to the one I had been born into’

‘Style was so much better back then and everything was far more elegant.

‘I remember my mum being pulled in by a primary school teacher who said I had lived before because I had been reciting bits of history from the period in class, in a way well above a seven-year-old’s intellect.’ 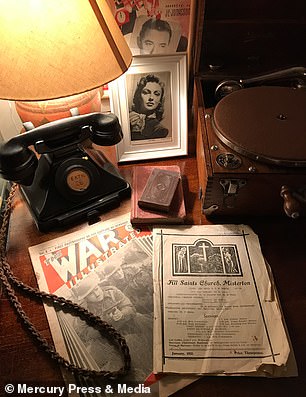 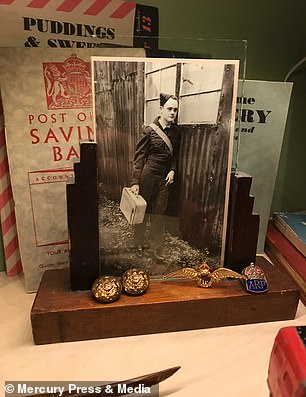 Enough for a small museum: the teenager has amassed a huge collection of vintage items from the 30s, 40s and 50s…including military badges, recipe books and a gramophone

‘I mainly dress like I’m from the middle classes in the 40s. You can get away with it more than having to dress in your tuxedo every time you pop out for a meal. My dream is to get a vintage Austin 7 – but I need to learn to drive first. I’d like to learn to drive in one.’

And people seem to love his passion for the wartime period.

‘I’ve got a vintage bike which I go out on dressed-up and it’s nice seeing people’s reactions, usually people of a certain age who remember the 40s,’ he says.

‘I’ve had people tell me they remind me of their dad or their uncle when I’m in my RAF ‘blues.’

Over the years Charlie has collected hundreds of vintage items, including typewriters, gramophones, projectors and RAF memorabilia – either buying them himself or being handed down them by family and friends. 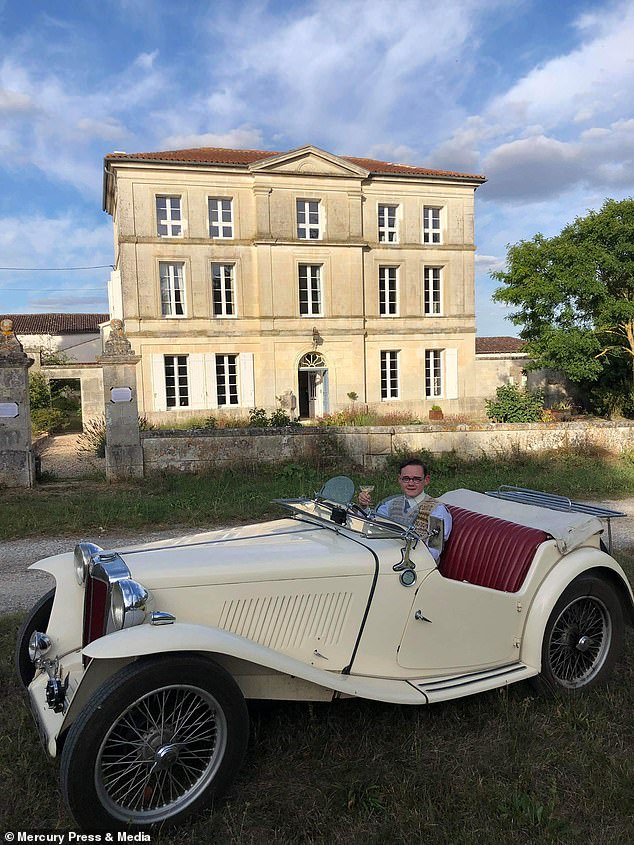 Not your average driving lesson: Charlie hopes to one day own an Austin 7 from the period

His most valuable hand-me-down is a £500 gold pocket watch which was sent back to his family from the trenches after his Great Great Grandad died in the first world war.

Charlie used to get his suit jackets and Oxford ‘bags’ trousers handmade by taking photos of people from the 40s into his local tailors and asking them to replicate their clothes, but has recently taken to sewing his own clothes.

He said: ‘I would go into tailors with pictures of Edward VIII and ask them to whip up his original Oxford bags for me.

‘I’ve started exploring making my own clothes and I made my first two-piece suit the other week to a original 40s pattern. When I wear uniform, I try and make it a replica of my great grandad’s RAF uniform.

‘My Great Grandma gave me his Observer wings. They are now pride of place on my uniform.

‘I never met him, but I feel a connection with him through dressing like he would have.’

He says he’s not fixated on the weaponry of the period, it’s more the social history, and how the world has changed, that grips him.

‘It’s not so much the military aspect that interests me. I’m not bothered about how much horsepower the Spitfire has. What interests me is how social conduct has changed between then and now.’ 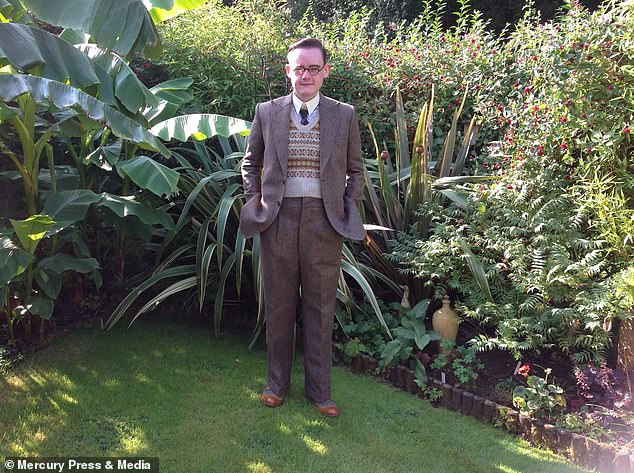 The history fan says he was bullied as a young boy but a move to Dubai, where he spent ten years, put a stop to it, as people were more welcoming of difference in the UAE 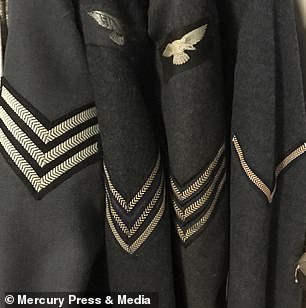 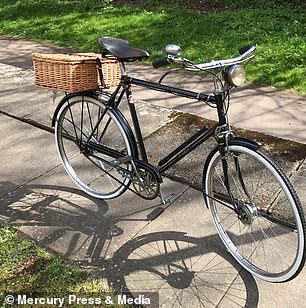 Charlie has had a replica WWII uniform made, which even has his great grandfather Ron’s Observer wings on them. Right: the vintage bicycle that’s among his retro purchases 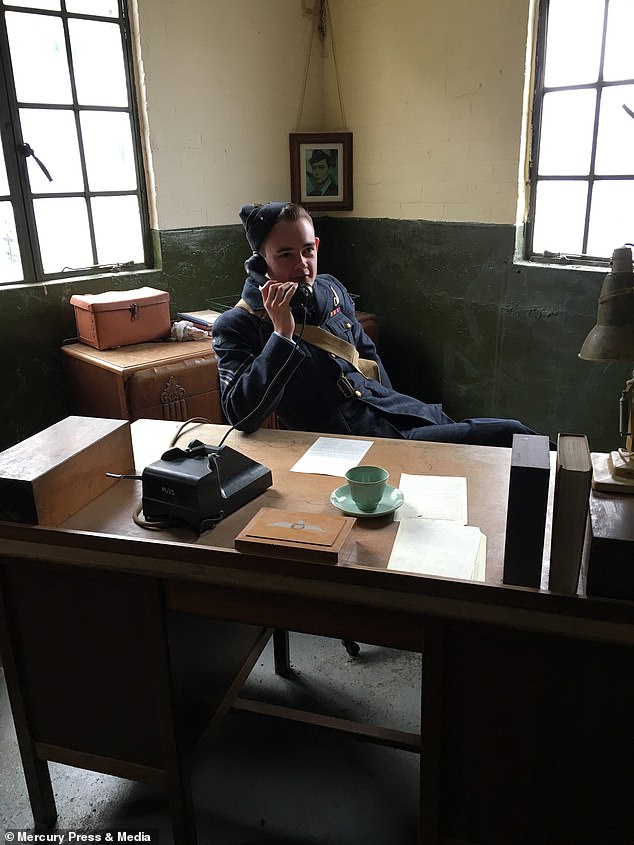 Ready for work: his mini museum boasts a telephone, crockery and furniture from the period 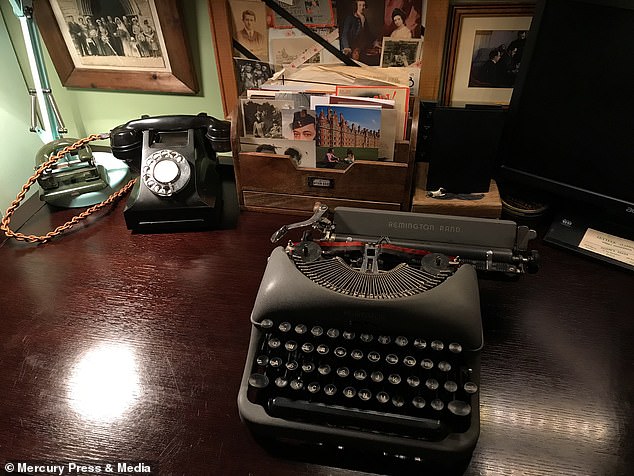 An original bakelite phone – worth around £400 – sits on his desk, alongside a working Remington Brand typewriter 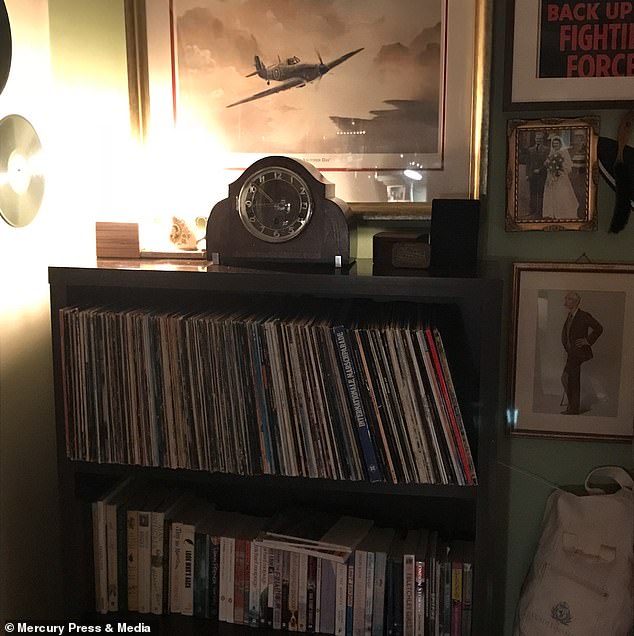 Who needs an Iphone: Charlie has an enviable collection of vintage records to play on the gramophone

Charlie, who returned from living in Dubai for ten years last June, has plunged himself into the UK’s thriving vintage scene – winning runner-up for ‘Mr Vintage UK’ at vintage festival, Twinwood, last year.

And while his mum shares his enthusiasm for all things 40s, he says his dad doesn’t share their passion for all things vintage and would prefer living in an ultramodern house with white walls.

Charlie adds: ‘I got quite heavily bullied when I was younger, but when we moved to Dubai in 2010 that changed.

‘There are so many different nationalities there and people are more accepting of people who’re a little bit different. Nowadays all my friends refer to me as the ‘vintage fruitcake.’