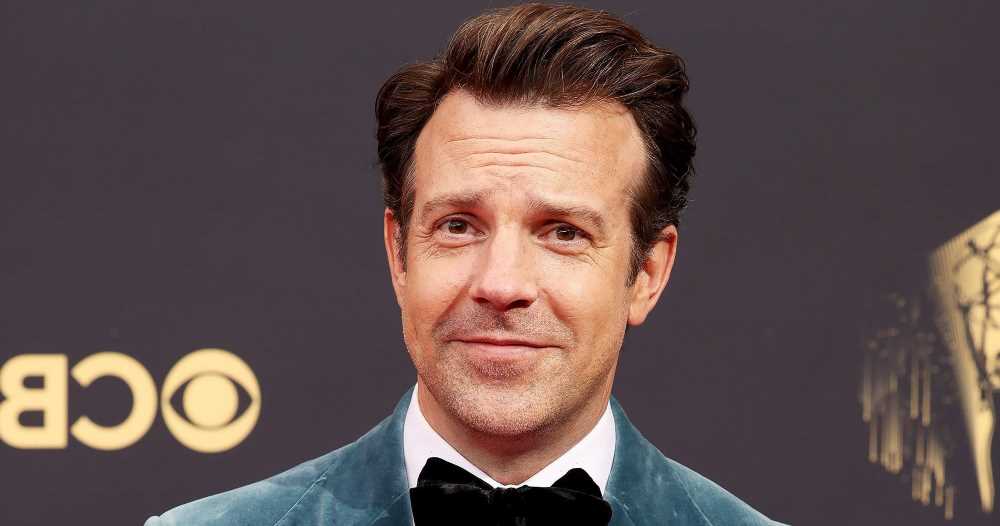 Man of the hour! Jason Sudeikis spread the love around during his 2021 Emmys acceptance speech on Sunday, September 19 — giving his family, including his and ex-fiancée Olivia Wilde‘s two children, a shout-out.

The Virginia native, 45, took home the award for Lead Actor in a Comedy Series for his role as soccer coach Ted Lasso on Apple TV+’s Ted Lasso. During his speech, he spoke highly of his and Wilde’s son Otis, 7, and daughter Daisy, 4.

See What the Stars Wore to the 2021 Emmys

The comedian went on to thank the mentors in his own life, including Saturday Night Live creator Lorne Michaels. 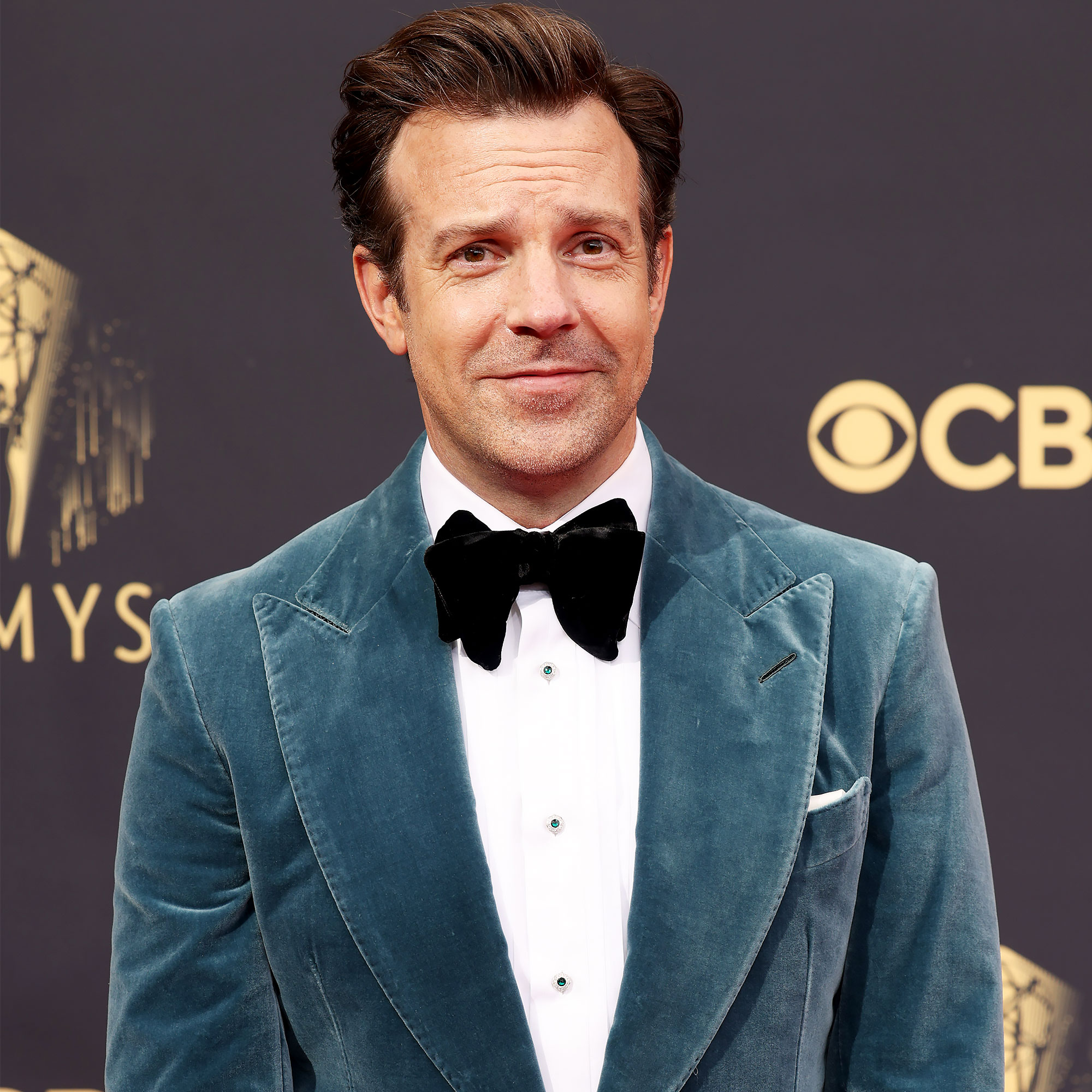 “I want to thank folks at SNL. Lorne, who went to go take a dump now, perfect,” he said, laughing. “He is going to get home — he’s going to watch. He loves watching the Emmys at home. It is fine. It’s fine. Which home is the big question!”

Earlier in the evening, the TV star reflected on the success of his Apple TV+ series and how it has managed to become a hit throughout the world.

“Flattered. We can’t believe it. I mean, we’re trying to make people laugh and have a good time and do it in a specific way,” he told E! News on the red carpet. “We had no idea folks would pick up what we were putting down and this is just icing on the cake. I mean, between, you know, the critics digging it and the academy, you know, it’s just been fantastic.”

The actor, who wore a blue velvet Tom Ford suit with Easy E and Stan socks, also joked about what type of pep talk his TV alter ego would give him before the show.

“That’s a question. I should have thought of when thinking of a speech idea. [I’d] probably [tell myself] something along the lines of, ‘Yeah, it’s fun you know, but we just started writing so this is for a whole year’s worth of work ago,’” Sudeikis said, which channeling Ted Lasso. “It’s kind of like, you know, ‘Yeah, hold on to it but, you can’t eat it. You can’t smoke it, you know, so, like, enjoy it as a trophy.” 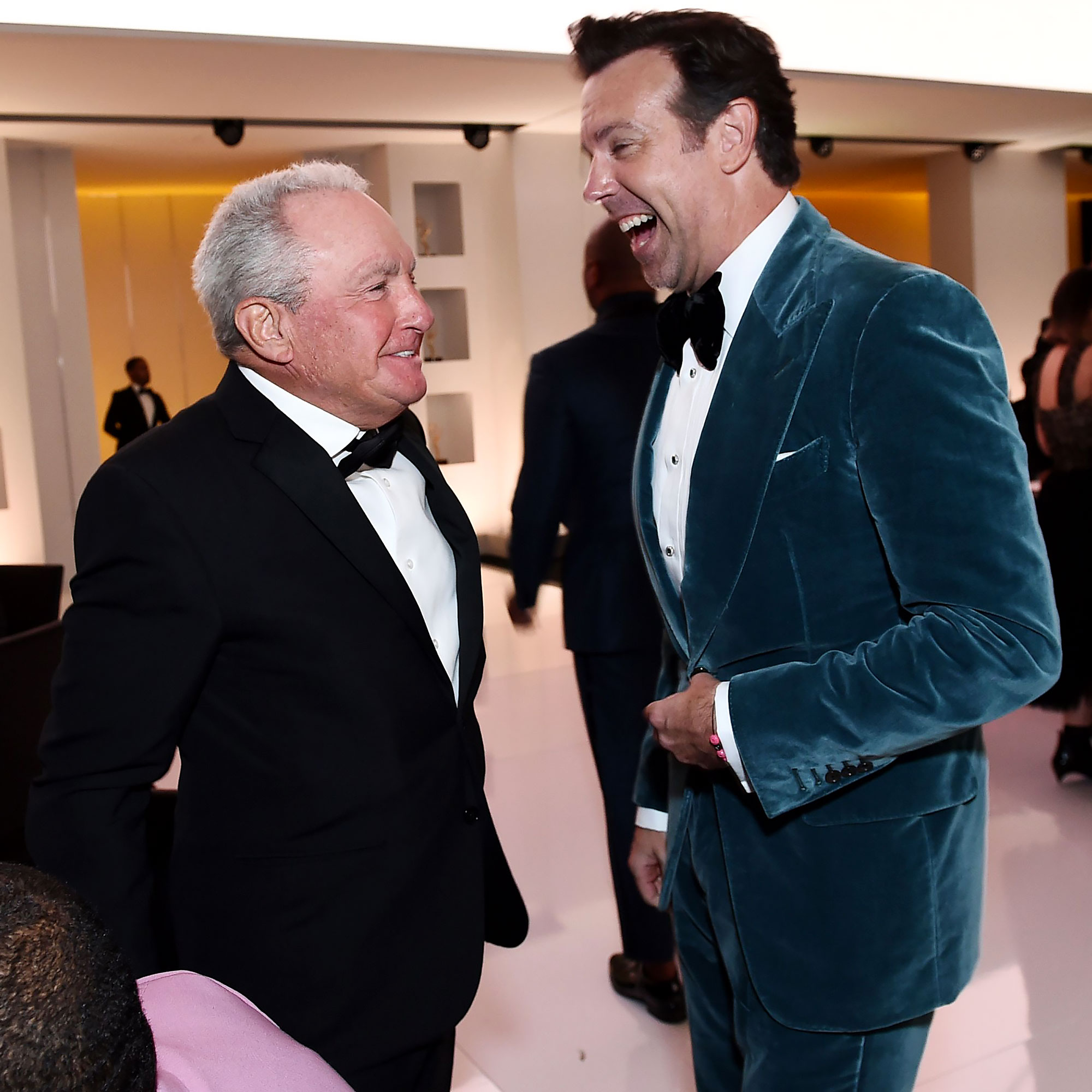 Ted Lasso, which Sudeikis wrote and produced alongside Brendan Hunt, Joe Kelly and Bill Lawrence, also received a nod for Comedy Series. Plus, four of its stars earned nominations in the Supporting Actress and Supporting Actor in a Comedy categories.

The Last Man on Earth alum’s work on the comedy has earned him a Golden Globe for Best Actor in a Television Series and a Critics’ Choice award for the same category. While accepting the Critics’ Choice trophy in March, Sudeikis showed Wilde, 37, some love for her part in the creation of the show.

He continued: “I want to thank their mom, Otis and Daisy’s mom, Olivia, who had the initial idea to do this as a TV show. She was like, ‘You and Bill and Joe love doing that so much you should do it as a TV show. I was, like, ‘No.’ She was right.”

Sudeikis also honored the New York native, whom he split from last year, with the sweatshirt he wore during the awards show. He later told reporters that the clothing item was for the fictional high school featured in Booksmart, which the actress directed and he made cameo in.

Us Weekly confirmed in November 2020 that the Horrible Bosses star and the Tron actress called it quits earlier that year after nine years together.

Emmy Awards PDA! Stars Get Kissy on the Red Carpet!

Wilde moved on with Harry Styles, going public with their romance in January while attending a wedding for the former One Direction singer’s manager. The pair met months earlier while working on her film Don’t Worry Darling.

Us confirmed in June that the SNL alum was dating Keeley Hazell after they were spotted getting cozy on a stroll in New York City.

The following month, a source exclusively told Us that Sudeikis and Wilde are “coparenting well” following their breakup last year.

Earlier this month, Sudeikis reportedly negotiated a major salary increase ahead of Ted Lasso’s third season. The show’s creator “has already closed a deal for season three that will pay him in the vicinity of $1 million an episode,” according to The Hollywood Reporter.

The outlet noted on Monday, September 13, that Sudeikis’ salary “is up from the $250,000 [to] $300,000 per-episode sum he earned” for the first two seasons and covers two extra episodes of season 2, currently airing.