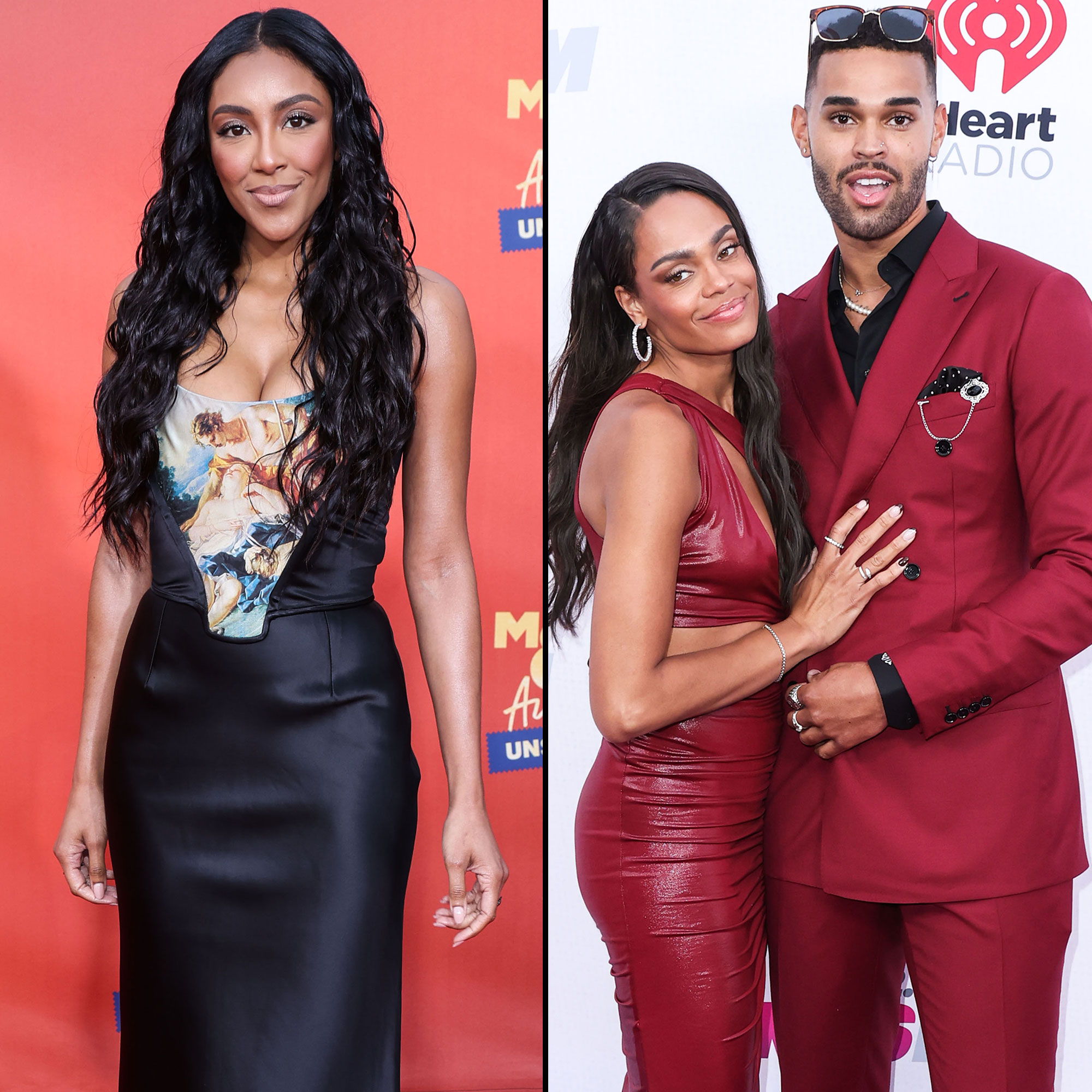 Standing by her friend! Tayshia Adams weighed in on pal Michelle Young’s split from Nayte Olukoya — and revealed whether she saw it coming.

Bachelor Nation Couples Who Have Split in 2022

“I actually was [surprised],” Adams, 31, said on the Sunday, June 26, episode of Watch What Happens Live With Andy Cohen. “Truthfully, only because I know she poured her heart and soul into that process and the journey of it all and she really wanted to be married.”

The season 16 Bachelorette, who later served as the cohost for Young’s season in 2021, added: “It breaks my heart. Why would I ever want to see any of my friends sad and not in a relationship?”

Host Andy Cohen was less surprised that a Bachelor Nation couple would call it quits shortly after getting engaged on national television. He even poked fun at the process — and Adams’ short-lived Bachelorette romance with Zac Clark — during Sunday’s show.

Bachelorette Michelle Young and Nayte Olukoya’s Relationship: The Way They Were

“I was shocked, I mean a Bachelor couple not making it,” the 54-year-old TV personality said sarcastically.

Cohen then asked Adams, “Has there ever been a couple from The Bachelor that has not made it,” to which the California native jokingly replied, “I mean, I’ve never seen one!”

Earlier this month, Young, 29, announced that she and Olukoya, 27, had called off their engagement six months after the Canada native proposed during the season 18 finale of The Bachelorette in December 2021.

“I’m struggling to say that Nayte and I will be going out separate ways but I stand with him in knowing the heaviness that is present in both our hearts as this relationship has been very real for us,” the teacher wrote via her Instagram Story on June 17.

The Minnesota native concluded: “I will always acknowledge and appreciate the adventures, support and growth both Nayte and this experience have brought me. At the same time, I’m deeply hurting and will need time and space to work through this heartbreak.”

Olukoya, for his part, shared his own public message, writing, “Hearts are heavy, emotions are high and we are dealing with this the best way we can.”

One week later, the sales executive shut down cheating rumors that had surfaced following the pair’s split. “No, I didn’t cheat,” Olukoya wrote via Instagram Story on Saturday, June 25. “Not every breakup needs to have someone to blame. Yes, many of you seem to paint me as a red flag/ f—k boy … But I’m actually a decent guy, and I only want to continue getting better. As we should all want for ourselves.”

Adams, meanwhile, has been single since last year after splitting from 38-year-old fiancé Clark in November 2021. The twosome fell in love on season 16 of the ABC dating series, which aired in the fall of 2020, but nearly one year after their romantic proposal aired in December of that year, they parted ways.

The former “Click Bait” podcast host exclusively told Us Weekly in March that she was working on herself and her career aspirations in light of the breakup.

“I really have no desire [to date]. … Maybe [in] a year from now,” Adams explained at the time. “I feel like my main focus right now is myself, my career, my mental health, my happiness, my family, my friends and really just becoming my own [person], and I’m really happy with that.”