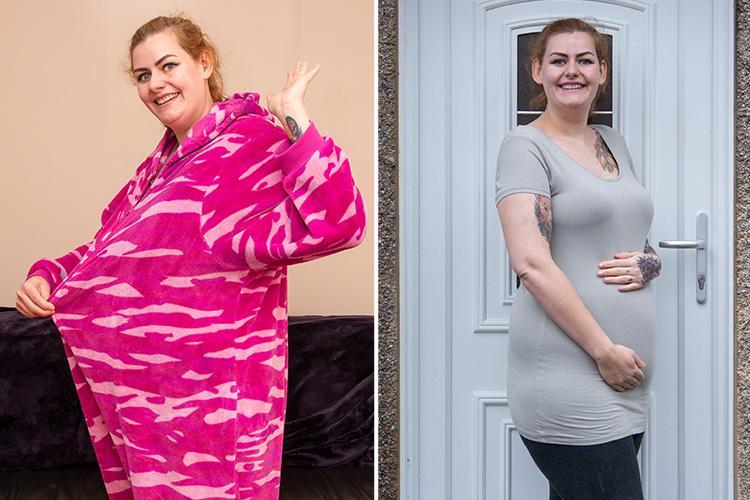 Carolanne Logan moved into her £165,000 three-bedroom first home in Peebles, Scotland in October this year after quitting her £700-a-month fatty food addiction. 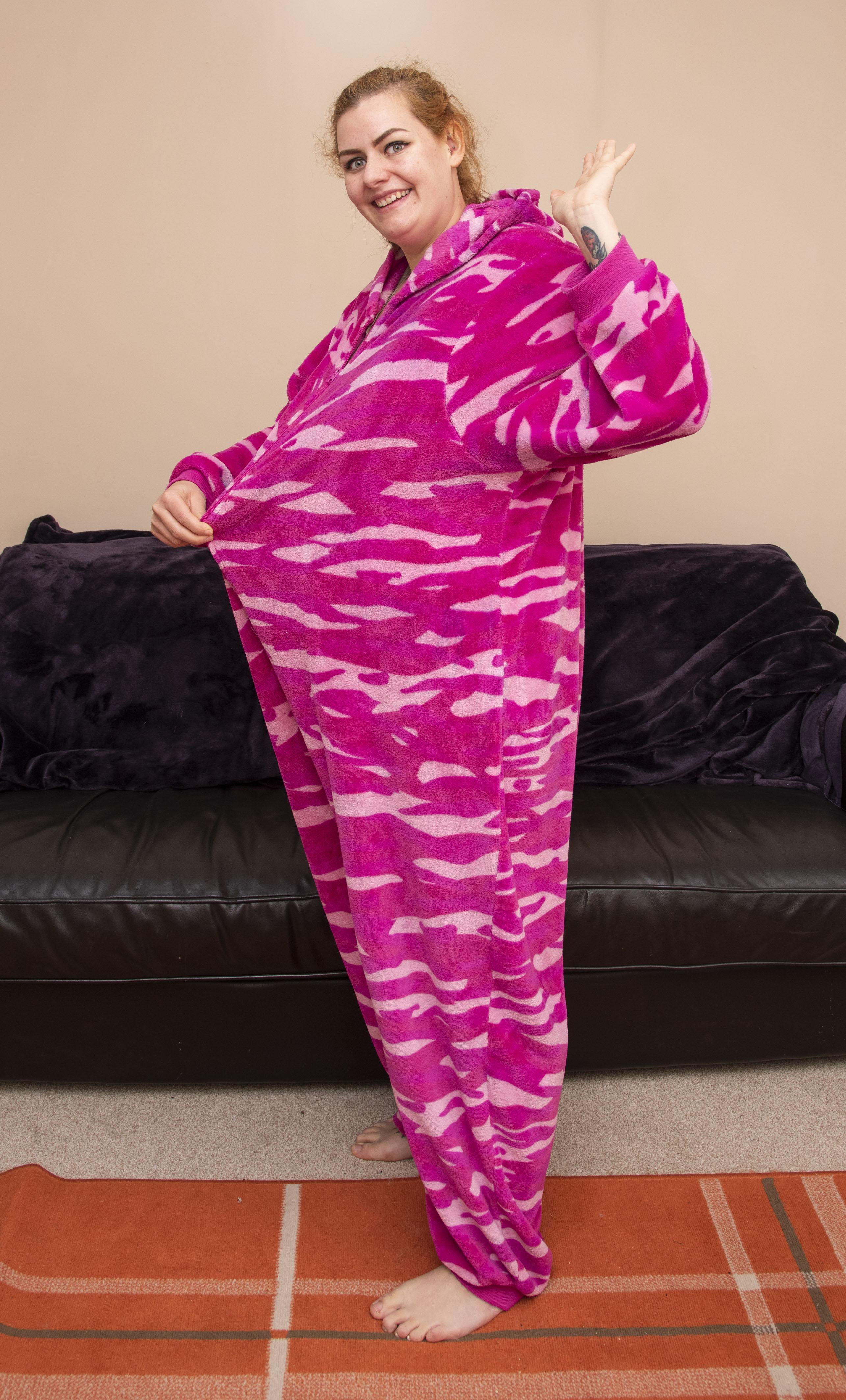 Using the ‘one 2 one diet Cambridge Weight Plan’, which saw her eat just 800 calories a day, she slimmed from 25 stone 10lbs to exactly 11 stone.

Carolanne said: “I felt disgusted with myself after seeing how much I was eating and all that money that was wasted on it too." 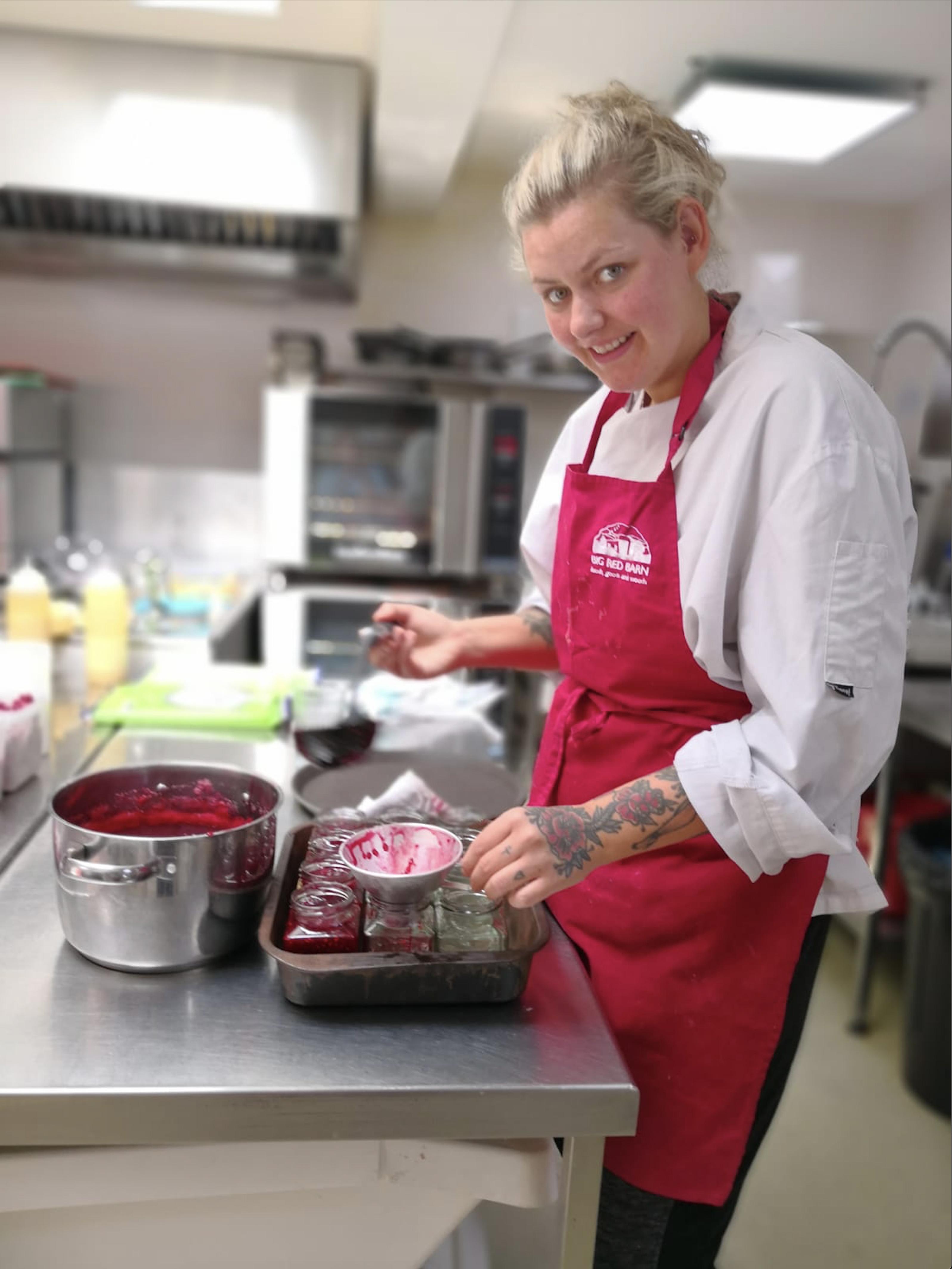 “I gorged on things like heavily buttered bread, sometimes six slices, and I was known for eating an entire cake in a single sitting as well as a whole tub of ice cream.

“We were putting money aside and when we finally saw the mortgage advisor, they told us we finally had enough money for the house because of our savings.

“I put the money I would have spent aside and just monitored what Rory spent, it would have taken us both combined around two years to save that amount.

“Getting the mortgage felt incredible, by cutting out on spending so much – we managed to save the money between us both.

“It’s amazing, we’ve been in the house for four weeks now – it just feels incredible, like a dream come true.

“It was a sigh of relief when we eventually got the house, it’s not set in yet, but we feel as though we’re in a bubble.

“We’ve been together for ten years now and thought we would be renting forever.”

Dinner – takeaways such as Chinese, pizza and fish and chips

Carolanne and Rory spent six years attempting to conceive before she fell pregnant in August 2018.

The soon-to-be mum suffered an ectopic pregnancy at 14 weeks pregnant four years ago and was afterwards told she might not be able to conceive naturally due to the damage this caused.

But after overhauling her diet, the chef began consuming just 800 calories a day in smoothies and meal replacement bars and since reaching her goal weight now eats healthy home-cooked food.

And the mum-to-be said while before she was unconfident and horrified by her eating habits, she is now bubbly and always complimented on her happy persona. 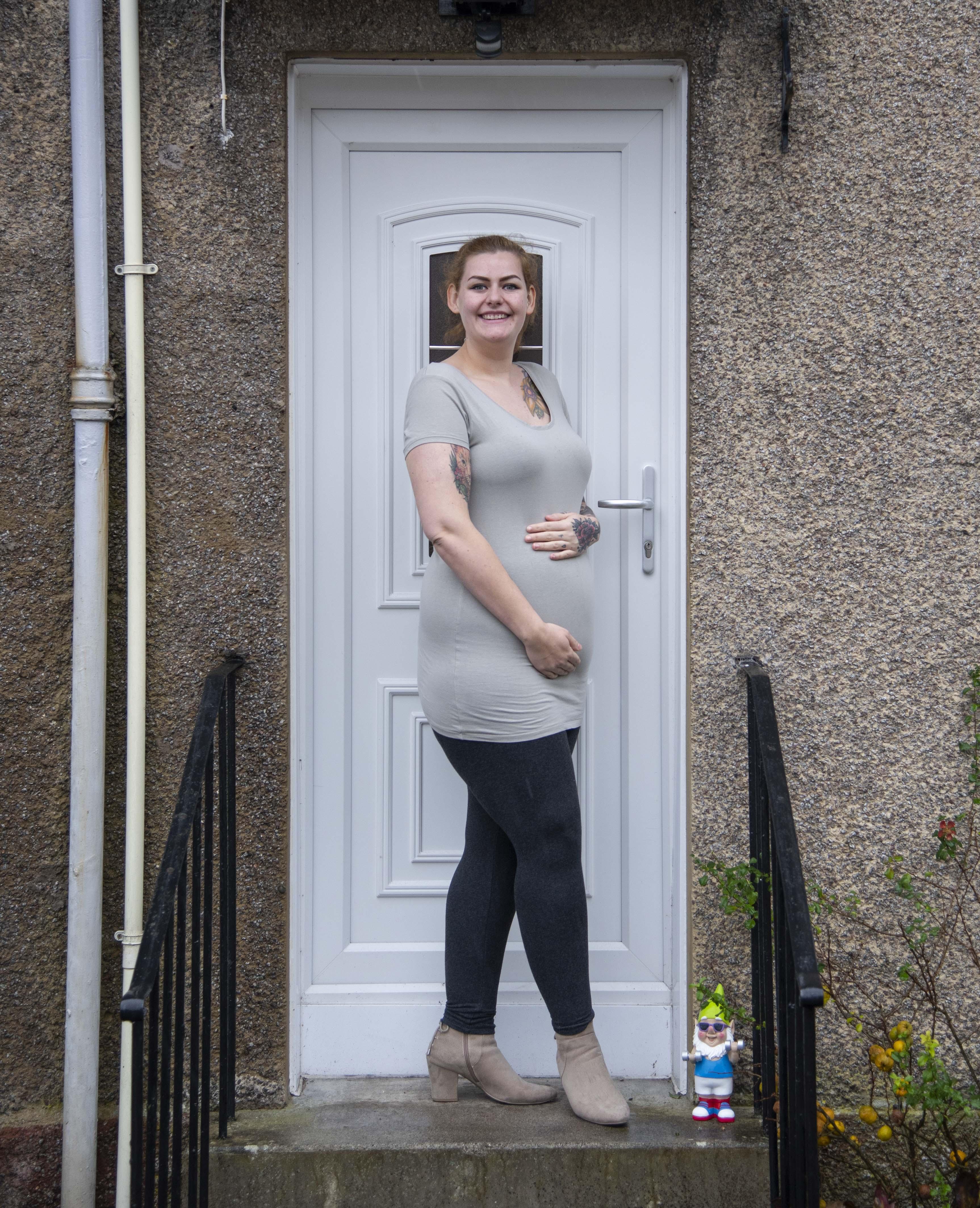 Carolanne said: “Becoming pregnant was the best thing ever.

“We were told we couldn’t have kids and that IVF was our only option.

“To conceive naturally is remarkable. Our gynaecologist has even told us how rare and remarkable it is.

“To be pregnant and know our daughter will grow up in the house and it be her family home is amazing.

“It’s the best thing I’ve done since losing the weight.”

She said the plan prides itself on being tailored to each individual and is flexible to fit around lifestyle and put into place by a consultant based in your location.

What help is out there for first-time buyers?

Help to Buy Isa – It's a tax-free savings account where for every £200 you save, the Government will add an extra £50. But there's a maximum limit of £3,000 which is paid to your solicitor when you move.

Help to Buy equity loan – The Government will lend you up to 20 per cent of the home's value – or 40 per cent in London – after you've put down a five per cent deposit. The loan is on top of a normal mortgage but it can only be used to buy a new build property.

Lifetime Isa – This is another Government scheme that gives anyone aged 18 to 39 the chance to save tax-free and get a bonus of up to £32,000 towards their first home. You can save up to £4,000 a year and the Government will add 25 per cent on top.

"First dibs" in London – London Mayor Sadiq Khan is working on a scheme that will restrict sales of all new-build homes in the capital up to £350,000 to UK buyers for three months before any overseas marketing can take place.

Starter Home Initiative – A Government scheme that will see 200,000 new-build homes in England sold to first-time buyers with a 20 per cent discount by 2020. To receive updates on the progress of these homes you can register your interest on the Starter Homes website.

Carolanne, who is now herself a Cambridge Weight Plan consultant, said: “Margaret welcomed me from the moment I walked into her house, she made me believe in myself finally.

“She made me feel as though I could do it, whereas before, nobody really motivated me.

“She would text me all the time and I knew she would be there day and night if I needed something.”

Carolanne isn't the first person to make sacrifices to get on the property ladder.

Last week, The Sun wrote about a couple who ended up buying a £270,000 three-bed house a two and half hour drive from their dream location.

Meanwhile, another saved £27k by working THREE jobs to buy a three-bed house.

And an IT-worker, who saved a £45k deposit for three-bed house by 22, was forced to give up his spare-time as he worked every day for a year.