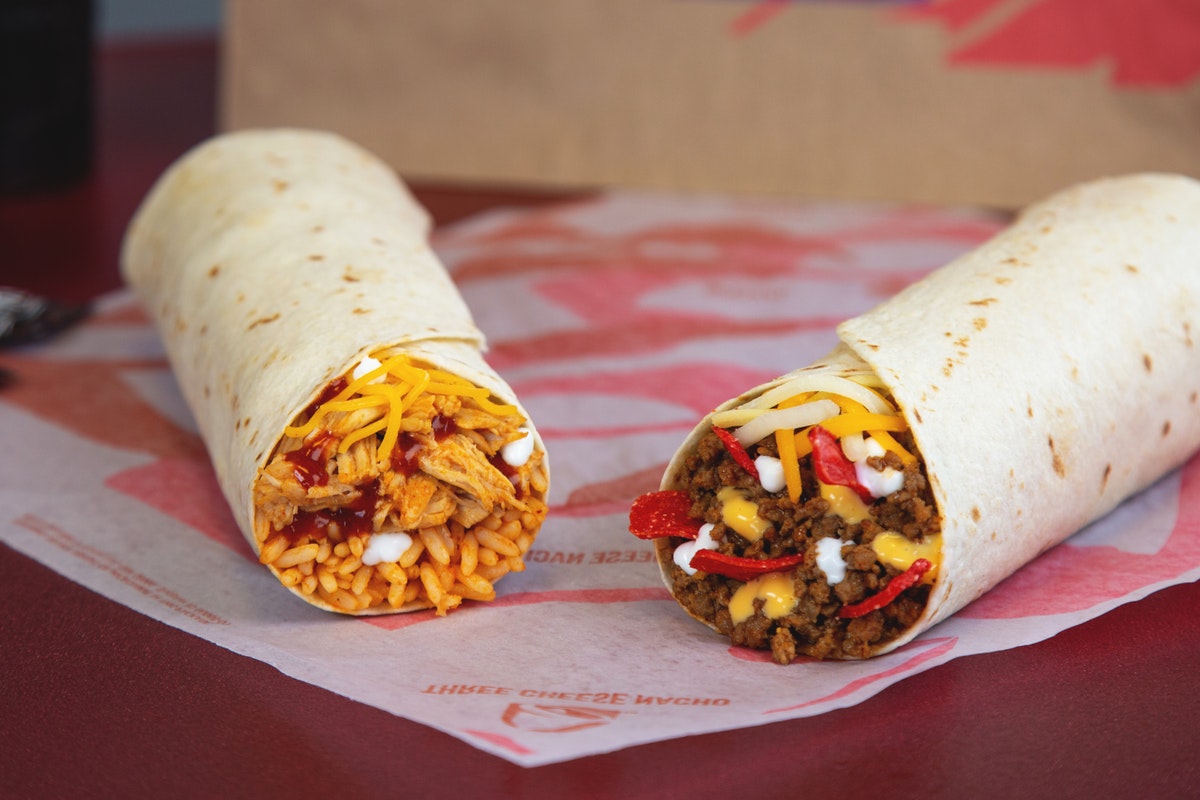 Getting the most bang for your buck at fast food restaurants is basically a science. If you’ve never taken a fiver into a restaurant and challenged yourself to see how far it would take you, you’re missing out. While Taco Bell has always been a champion for those looking for a bang for their buck, that bang is about to get a whole lot cheesier — Taco Bell just announced a new Cravings Value Menu, and the chain is kicking it off with the limited time release of two $1 Grande Burritos that will make cheese lovers sing.

In a press release, Taco Bell announced that the Cravings Value Menu will launch on Dec. 27. You’ll be able to snag the limited time Grande Burritos in two varieties: Chicken Enchilada and Three Cheese Nacho. Per Taco Bell, the Chicken Enchilada Burrito is packed with seasoned rice, shredded chicken, a savory red sauce, light sour cream, and is finished with and cheddar cheese, and wrapped in a warm tortilla. The Three Cheese Nacho Burrito mixes seasoned beef, nacho cheese sauce, red tortilla strips, light sour cream and a a blend of three different cheeses before being wrapped in a warm tortilla. And just in case reading the word "cheese" all those times didn’t get you hyped, looking at it in picture form most certainly will. 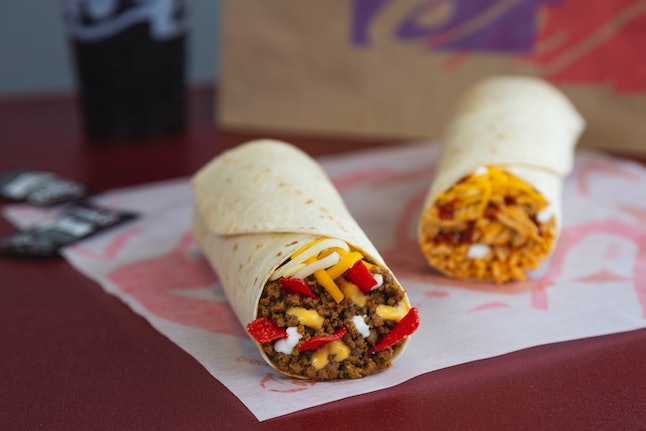 According to Taco Bell’s Global Chief Brand Officer Marisa Thalberg, this commitment to value and quality is what sets the Taco Bell brand apart from its competition. She explains in a press release, “As a brand that likes to challenge industry norms, we have really sought to rethink what a value menu should be AND the conventions of storytelling for it." Further, Thalberg shares, "Sometimes even our most devout fans tell us that it can be hard to believe that food this good can also be this affordable. Taco Bell truly offers ‘value beyond belief,’ and this campaign dramatizes that. As there is a lot of talking down to consumers in this category, there is something special in our celebrating the savviness of our fans. That’s how we ‘zig’ when everyone else ‘zags’.”

At the beginning of the year, Taco Bell pledged to add more one dollar selections to the menu. The $1 Grande Burrito might be the chain’s 2018 grand finale, but it is far from the only item that has been added to the menu. The Grilled Fiesta Potato Breakfast Burrito, Spicy Tostada, and Chicken Mini Quesadilla are just a few of the more than 20 products added to the value menu this calendar year. Per Taco Bell, more $5 mix-and-match variety boxes will also be rolling out in the near future.

The Spicy Potato Soft Taco, Cheesy Bean & Rice Burrito and Beefy Fritos Burrito, as well as the Triple Layer Nachos, Cheesy Roll-Up, Spicy Tostada, Shredded Chicken Mini Quesadilla, and Beefy Mini Quesadilla also have no plans to leave the value menu, so rest assured that your faves are all safe — and that thanks to these limited time additions, you’re about to have some new faves to eat alongside them.

Jon Gosselin Admits He Doesn’t Talk To Any Of His Kids Besides Hannah & Collin: ‘It’s Awkward’
World News