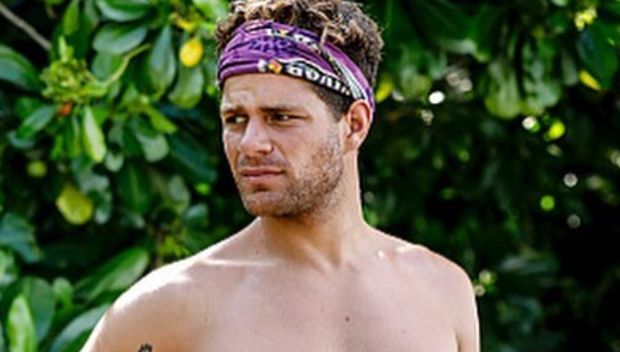 ‘Survivor’ Finale Reunion: Why Is Alec Merlino Missing From The Live Show?

Those who tuned into the ‘Survivor: David vs. Goliath’ finale noticed one jury member missing from the live reunion show. So…where the heck was Alec Merlino!?

To kick off the final episode of Survivor: David vs. Goliath, host Jeff Probst came to viewers live from L.A., where the entire cast was gathered to watch the show and gear up for the final tribal council. However, when cameras panned to the jury members, there was one person not in attendance: Alec Merlino, the ninth person voted out of the game earlier this season. Jeff didn’t acknowledge Alec’s absence, and instead, just introduced the jury members as if everyone who was supposed to be there was there. Of course, this led to some confusion on social media.

Speculation that Alec might not be there for the live reunion began long before the season even started in September. The lovable competitor reportedly posted a photo of himself and fellow castmate, Kara Kay, to his Instagram page with the caption, “F*** it.” Since the cast for the new season hadn’t been announced yet, this violated the NDA the contestants signed when they agreed to film the show, which said they could not follow each other on social media or post photos together, according to TMZ.

After the scandal, Alec deleted the photo from his Instagram, but the damage was already done. Producers reportedly disinvited him from the reunion show and decided to withhold all his appearance fees. However, since the penalty for violating the NDA was reportedly $5 million…this wasn’t a majorly harsh deal for Alec.

When Alec was voted out of the game, he briefly addressed the controversy in an interview with Entertainment Weekly. “It’s been the main bone of contention for my entire Survivor experience,” he admitted. “The thing is, with social media, I feel things can be misconstrued, but I have nothing but respect for CBS, for Survivor, for Jeff. I went out there and had the experience of a lifetime. My biggest dream was to go out there and be on Survivor, so to go out there and have the experience, that’s what I’m going to hold close to my heart and that’s what I’m going to cherish.”

Why ‘Welcome to Marwen’ Is an Us Bust