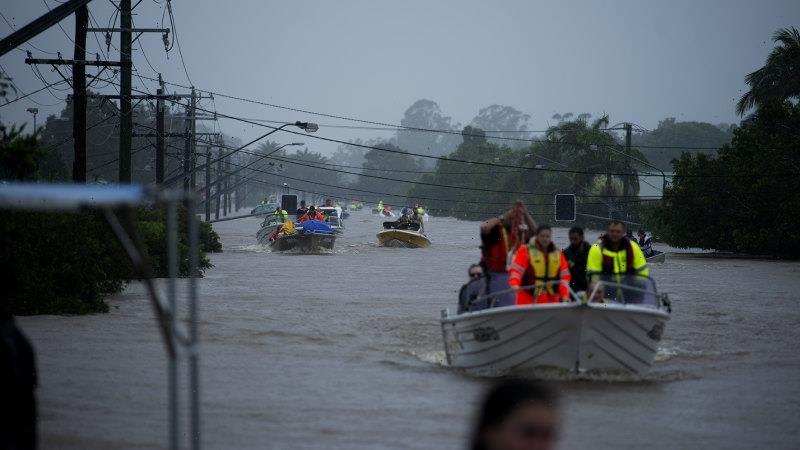 A political clash has escalated over the response to the NSW and Queensland floods after the federal government claimed it had to wait for state premiers to ask it to declare a national emergency despite new laws giving Canberra the power to issue the declaration on its own.

Assistant Treasurer Michael Sukkar set off a new round of dispute over the speed of the response to the natural disasters by arguing on Sunday that it was up to state leaders to request federal aid including Australian Defence Force troops and helicopters.

But the federal government changed the law in December 2020 to give itself the power to issue the emergency declarations unilaterally in a change recommended by the royal commission into the Black Summer bushfires two years ago.

With Labor leader Anthony Albanese accusing the government of being too slow to act in a crisis, Prime Minister Scott Morrison insisted on Sunday that he and his ministers had responded as quickly as they could to the floods that spread over northern NSW and south-east Queensland in recent weeks.

The Prime Minister used a Sunday interview to argue that resources were sent much faster than in the floods in northern Queensland in 2011.

“This time around, four times the number of ADF on the ground a week earlier – almost a week earlier. Now that’s a statement about increasing the capability of our defence forces,” he said.

Mr Morrison said on March 9 he wanted a national emergency declaration for the floods across the northern rivers of NSW, leading to a formal declaration from Governor-General David Hurley late on March 13. 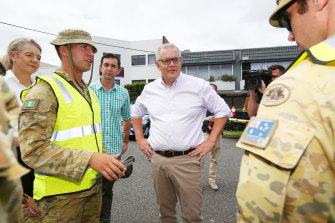 Labor emergency services spokesman Murray Watt said the scale of the problem had been clear at least a week earlier, when floodwaters rose sharply around Lismore and other towns on February 28, and that a national emergency declaration should have been issued as soon as March 2.

Because the formal declaration can give federal agencies greater authority to go into disaster zones with less red tape, it can speed up the deployment of the ADF and other federal resources.

The National Emergency Declaration Act was passed in December 2020 after the royal commission into the bushfires, led by Air Chief Marshal Mark Binskin, a former chief of the Defence Force, recommended the change in response to confusion between the different levels of government.

But Mr Sukkar argued the government still had to wait for the states to request action.

“Right now, with communities impacted in Queensland and northern NSW, our focus, wholly, is on supporting them,” he told Sky News.

“And, sort of, a forensic timeline of who said what and when might be interesting to some people but I don’t think is of any relevance to those on the ground whom we’re supporting.”

The Sunday Telegraph reported on Sunday that the NSW emergency services had rebuffed offers from the ADF to send assistance for the northern rivers flood. It said Defence asked the NSW State Emergency Service on February 25 if help was required and was told it was not. It said the ADF ordered two helicopters to the Queensland floods on February 27 and sent helicopters to NSW on February 28, the day on which the NSW authorities sent a formal task request. 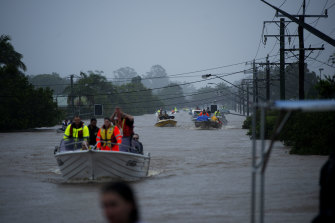 “The requests for the declarations of emergency rely on requests being made by state governments – that’s wholly appropriate. State governments have primary responsibility and are on the ground,” Mr Sukkar said.

The Assistant Treasurer drew a distinction between the formal declaration and the defence assistance that could be offered without a declaration being made.

But Senator Watt said the federal government should have acted about one week earlier than it did in northern NSW and was also too slow in Queensland, where the floods have receded and it may be too late to declare the national emergency.

“And the reason they gave themselves that power was to avoid the argy-bargy we saw with the bushfires and which we’re now seeing again.”

The Victorian state government is donating $2 million to flood ravaged communities in NSW and Queensland, through the Red Cross Floods Appeal, to help volunteers and victims in the disaster zone.