Home » Lifestyle » Suicide Is The Top Kind Of Gun Death. This PSA Wants That To Change. 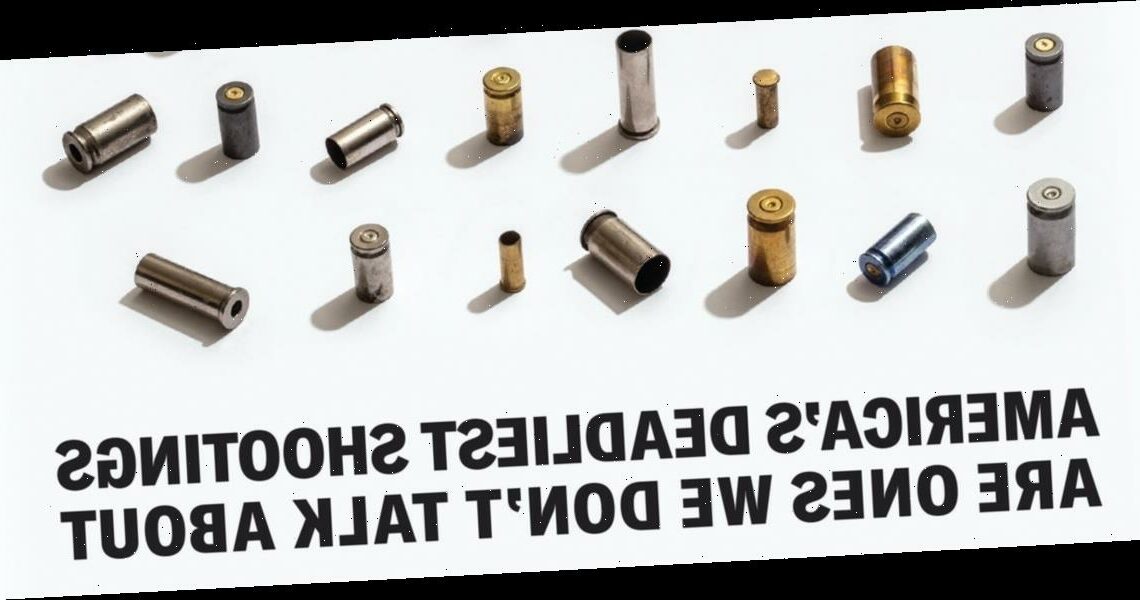 Suicide Is The Top Kind Of Gun Death. This PSA Wants That To Change.

Keeping firearms safely secured can lower the risk of death or injury.

Millions have felt the pressure the last six months have wrought.The Centers for Disease Control & Prevention (CDC) reports that 11% of Americans have contemplated suicide since the COVID-19 pandemic began. When it comes to preventing suicide, gun safety at home can make a real difference. Over 60% of all gun deaths in the U.S. are suicides, and a public service campaign by anti-gun violence organization Brady and the Ad Council wants to raise awareness about how to safely store guns at home.

FBI data shows that Americans have bought record levels of guns since March, many people for the first time, NPR reports. But having a weapon at home involves responsibilities, and experts say it’s crucial to know how to store firearms properly to prevent death or injury.

“Suicide by gun comprises the largest portion of gun deaths in America: over 23,000 Americans died by firearm suicide last year,” Brady President Kris Brown said in a press release about the campaign. That’s around 63 people a day. “To address gun violence necessitates addressing suicide by gun. By raising awareness of the risks posed by guns in the home and how gun owners can mitigate risk by safely securing their firearms — that means locking their guns, unloaded, with ammunition stored separately — we can save lives.”

The link between death by suicide and unsecured guns is a strong one. According to Everytown For Gun Safety, a gun violence research organization, around 40 million Americans know somebody who had made a suicide attempt using a gun. But a survey by Brady and the Ad Council found that 76% of Americans don’t know that suicide is the number one type of gun-related death in the U.S. And 67% of people surveyed also thought that survivors of a suicide attempt will make additional attempts in the future, which isn’t true — 70% never attempt it again.

The campaign is part of a long-term collaboration between Brady and the Ad Council called End Family Fire, which hopes to end gun tragedies at home. "Family fire" refers to shooting tragedies that happen in households because a gun isn’t stored or used properly. Bustle Digital Group is one of the campaign’s media partners, alongside The New York Times and The Washington Post.

“Every life lost to suicide is a tragedy, and safe gun storage gives us a chance to prevent that tragedy,” Michelle Hillman, Chief Campaign Development Officer at the Ad Council, said in a press release. “The new PSAs remind us all of the power and responsibility we all have to keep our loved ones safe from family fire.”

The Giffords Law Center To Prevent Gun Violence says that nearly a quarter of all gun owners in America keep all their guns in an unlocked place, but that can change. According to End Family Fire, gun safety at home has a few different steps. If you have a firearm at home, store it in a safe or lockbox; you can get gun storage devices online or at gun or sporting stores. There’s a wide range of gun safety options out there, including trigger or cable locks to prevent the gun from firing. Put all ammunition in a separate place, and don’t keep one gun loaded ‘just in case’. Keeping it out of sight isn’t enough. End Family Fire also recommends having conversations with friends about if there are guns in their home, and how they are stored. Got questions? Sign up for a gun safety course in your area.