Home » Lifestyle » STEPHEN GLOVER: Boris Johnson is in a bind 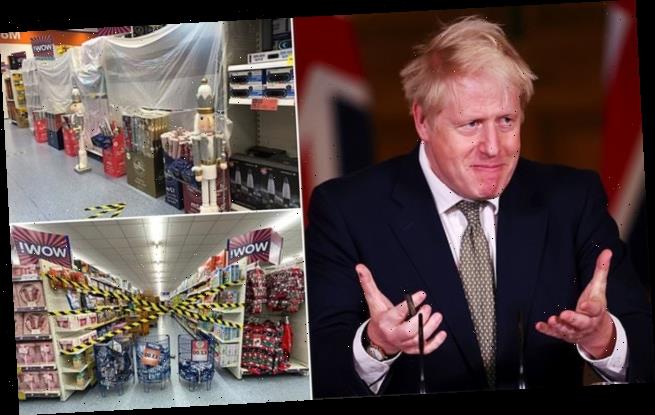 STEPHEN GLOVER: Boris Johnson is in a bind

STEPHEN GLOVER: Boris Johnson is in a bind, but if he tries to ban Christmas, he will face an unholy revolt

Which of us would like to be in Boris Johnson’s shoes? The man who yearned as a child to be ‘world king’ is ground down by a resurgent virus that couldn’t care less about his dashed ambitions.

His hero Churchill knew in May 1940 what we had to do: fight Nazi Germany to the death. Boris doesn’t know what to do.

The best route ahead is not clear. Whatever happens won’t be good.

Pressure is mounting for another national lockdown. The scientists of Sage clamour for one.

Labour demands a ‘circuit breaker’, which is the same thing by another name. Across the Channel, countries are putting up the shutters again. 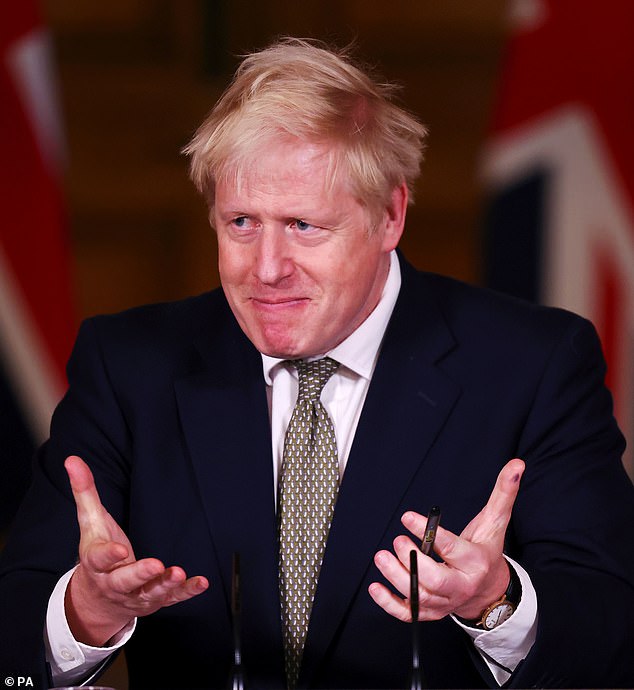 Boris Johnson knows that another lockdown would cause enormous damage, especially to the young and the poor

Can Boris dare not follow suit? He remembers how he was widely criticised for delaying the first lockdown.

He watches as an American President is seemingly about to be ejected because of his relaxed handling of the pandemic.

But he also knows that another lockdown would cause enormous damage, especially to the young and the poor.

If it did not bankrupt the nation, it would strangle an already enfeebled economy that has been struggling back to life. It could take years to recover.

And then there is Christmas.

Christmas, eight weeks tomorrow, is a moment of truth. Is it really tenable, Boris should be asking himself, to curtail people’s freedom to celebrate the festival with their families?

Under Tier One, the ‘rule of six’ makes a normal Christmas challenging.

Tiers Two and Three make it impossible. So, of course, would a lockdown or circuit breaker.

But how can they know it would have that effect? All that is certain is that even a short lockdown would destroy further jobs and foment more mental problems.

So, poor Boris. No one forced him to be Prime Minister, I know, but it’s impossible not to sympathise with his predicament. 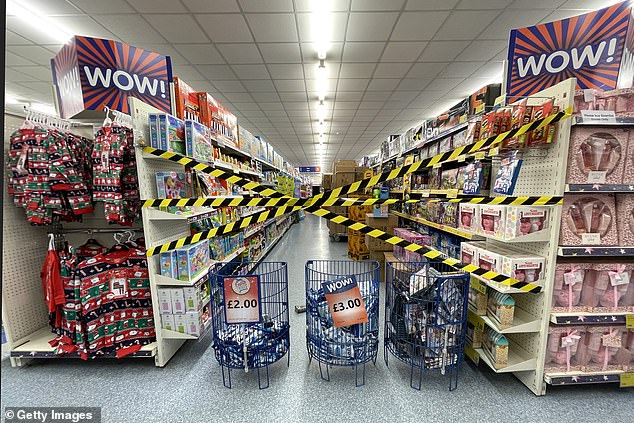 Under Tier One, the ‘rule of six’ makes a normal Christmas challenging. Aisles blocked off in a B&M store in Cardiff, Wales

It is easy enough for Opposition politicians, Sage scientists and pundits to tell him what to do. How much more difficult for him to do the right thing.

Let’s go back to Christmas. In his heart Boris surely knows it is wrong for any government to interfere with people’s lives so that they can’t spend it with those they love.

And he probably also agrees that, as it is a Christian festival, people should be allowed to go to church to give thanks for the birth of Jesus, if that is what they want to do.

Predictions are perilous, but I suspect that if Boris Johnson caves into pressure from secularly-minded scientists, and cancels Christmas, he will not be forgiven by millions of people.

Why can’t we be allowed to make up our own minds? Why can’t we weigh up the dangers of catching Covid against the joys of being with members of our family, if we are fortunate enough to have one?

Covid is an old people’s disease, though Health Secretary Matt Hancock likes to make our flesh creep by going on about the lingering effects of ‘long Covid’, which can affect the young.

Just examine recent figures. In the week ending October 16, there were 670 Covid-related deaths in England and Wales.

Of these, only 29 were under 60, and many of them may have had underlying health problems.

Or look at Tuesday’s 207 hospital Covid deaths across the country. A mere nine were under 60.

I know it has been said before, but it’s worth repeating because Matt Hancock would like you to believe the opposite.

The virus poses little threat to healthy people under 60.

The over-60s should take particular care. They must make their calculations.

As a 68-year-old man who has not been totally written off by his GP, my chances of dying from Covid-19 if I catch it are supposedly about one and a half per cent. Not huge but not negligible. 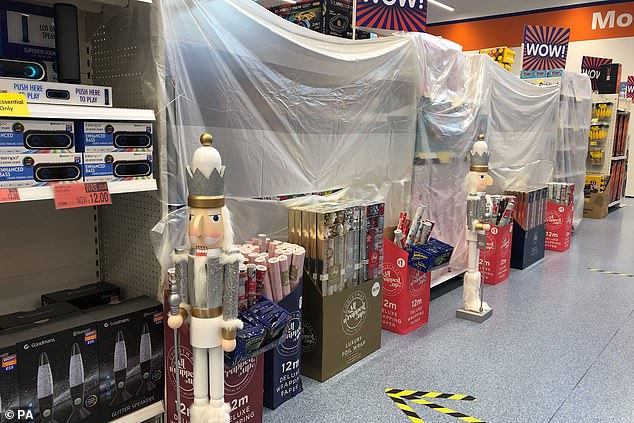 Do I plan to see my two grown-up sons at Christmas? You bet! But that is my own choice.

Other people of a similar age might come to a different conclusion. That is their choice.

What many of us don’t want to be told by Boris Johnson or Matt Hancock or England’s lugubrious Chief Medical Officer Chris Whitty is that we can’t see members of our own families in our own homes on an occasion as precious as Christmas.

But what would happen if to do so were against the law? Well, then I should probably obey it, not least because I would be reluctant to involve others — my wife and children — in an illegal activity.

Others might think differently, though. It’s possible that, if the Government issues Cromwellian decrees about how we should observe Christmas, there will be mass disobedience.

When upstanding people defy a law, the Government which promulgated it is in trouble.

If it has any sense, it will realise that it has overstepped the mark of what is deemed fair and reasonable in an open society.

I don’t know whether we have yet reached that point. Looking at Italy and Spain, where there were riots earlier in the week, it’s clear that young people are fed up with being asked to sacrifice their jobs and livelihoods for a disease which almost exclusively targets the old.

That is why dilemmas over Christmas crystallise the whole problem.

We can’t afford as a society to continue down a path of intermittent lockdowns which slowly impoverish the country without eliminating the virus. It will always bounce back — until or unless there is a vaccine.

This is not an easy argument to make, but as I am no longer in the first flush of youth perhaps I’ll be allowed to make it.

Older people should protect the interests of the young by shielding. The poorer among them would obviously need Government support.

Granted, if there is a miraculous jab in a few months, such restraint then shouldn’t be necessary.

But without the vaccine ‘cavalry riding to the rescue’, as Matt Hancock puts it, the only way to save society, and create the wealth it needs, is to get people back to work — and keep them there.

Can Boris Johnson realistically be expected to adopt such a policy? He faces so much opposition, political and scientific.

As a result of poor decisions, he has squandered a good portion of his political capital, not least by defending his lockdown-flouting chief adviser, Dominic Cummings.

And it’s also the case that the consensus, though it is beginning to crumble, is still that lockdowns are vital to keep the virus at bay, even if the cost is long-term harm to the economy, and the ruination of the life chances of the young and the poor.

So I fear that over the coming weeks the Prime Minister will respond to the grim daily toll of rising deaths and higher infection rates by edging ever closer to another national lockdown, which will wreck Christmas. And not only Christmas.

But I continue to hope otherwise, though I know I’m asking almost the impossible of him. He needs the immense courage of Churchill in 1940.

He must rally the Cabinet, his party and, most important, the country with the rousing cry that there is another way. 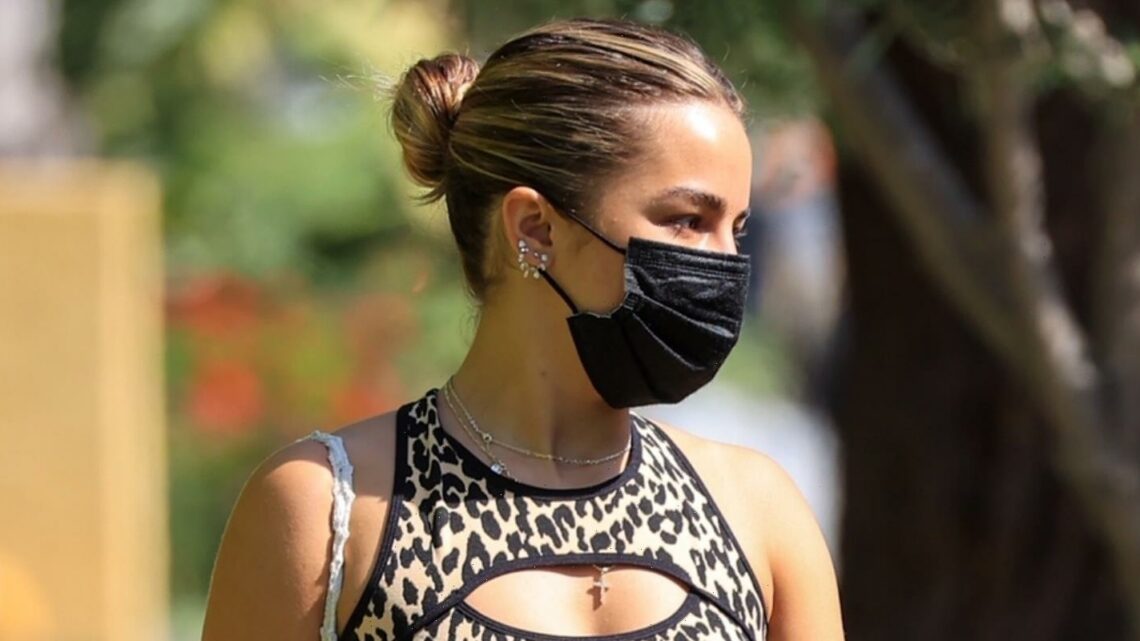 May 13, 2021
Addison Rae Looks So Cute While Stepping Out For Midweek Workout!

Addison Rae flashes a peace sign on her way to... 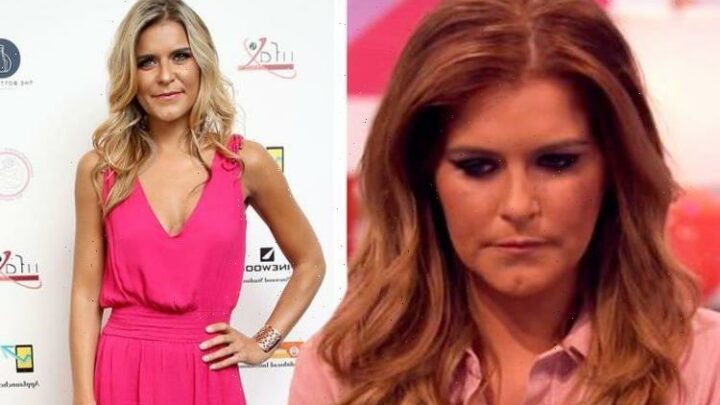 Gemma Oaten talks emotionally about her eating disorderWhen you subscribe we will use the information you provide to send you... 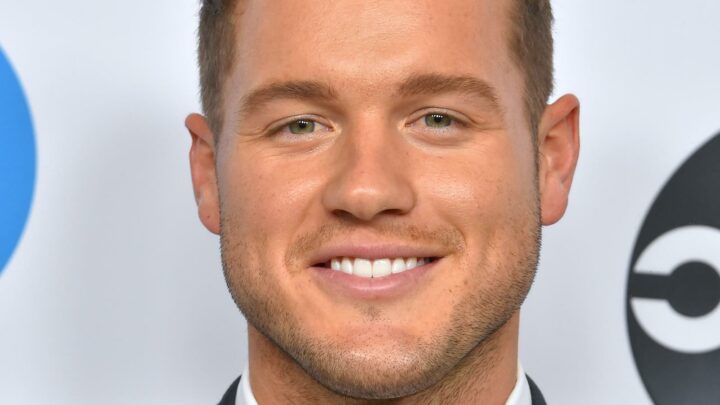 May 12, 2021
Colton Underwood Opens Up About His Past Experiences With Men