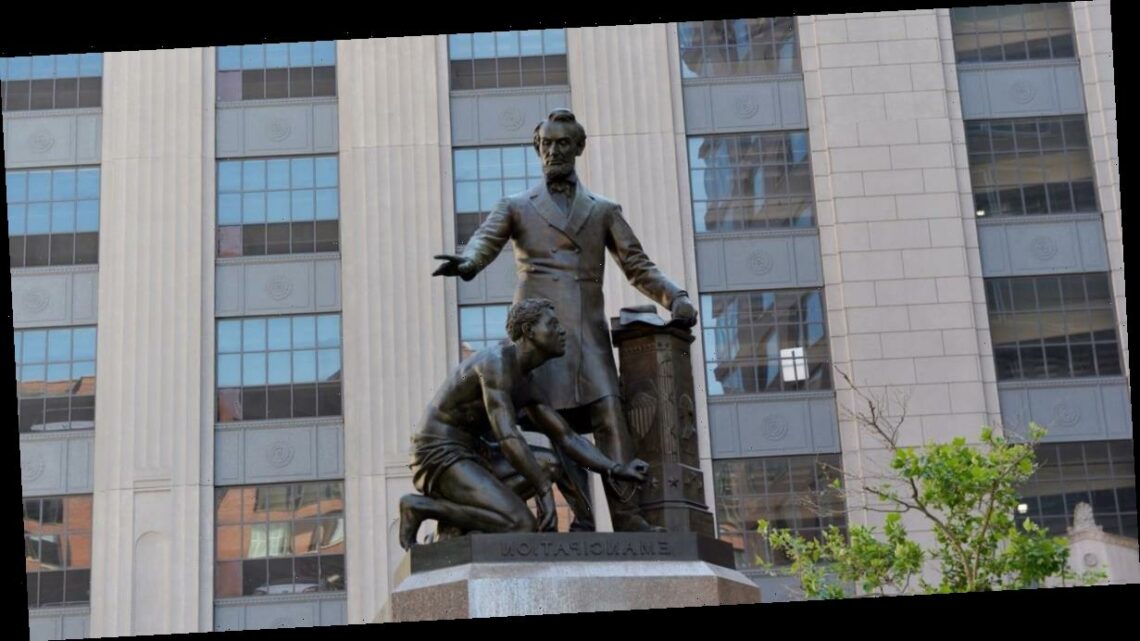 Statue of slave kneeling before Abraham Lincoln removed in Boston

The Emancipation Group Memorial was removed after critics deemed the monument to be demeaning and racist. Among them was social media influencer Tory Bullock, who started a petition over the summer to remove the statue.

“It’s an amazing funeral, I’m here to provide a silent eulogy for this piece of artwork that’s been here for 141 years,” Bullock told CBS Boston on Tuesday as the monument was being hauled away.

“I’m proud, I’m Black, and I’m young,” he said. “This image has been doing a lot of disservice to African-Americans in Boston and now it stops.”

He also shared a video showing the statue being rolled away in a truck on Tuesday. He captioned the post with a timeline of the statue’s existence in the Park Square.

The Emancipation Group, which is a replica of a statue in Washington D.C., was installed in 1879. The monument depicts Lincoln standing over Archer Alexander who is kneeling. Alexander, a Black man who helped the Union Army, escaped slavery and was recaptured under the Fugitive Slave Act, according to the Boston Art Commission.

Bullock’s petition earlier this year racked up thousands of signatures, prompting the Commission to vote unanimously in June to have it taken down.

“After engaging in a public process, it’s clear that residents and visitors to Boston have been uncomfortable with this statue, and its reductive representation of the Black man’s role in the abolitionist movement. I fully support the Boston Art Commission’s decision for removal and thank them for their work,” Mayor Marty Walsh said in a statement at the time. 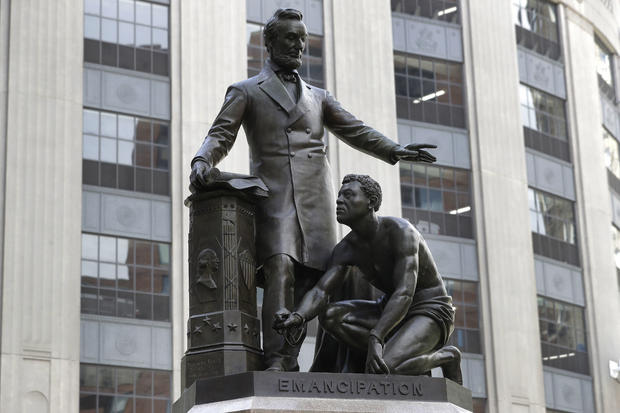 The city has not said yet where the statue will be stored, according to CBS Boston.

Dozens of controversial statues, including those of Confederate leaders and Christopher Columbus, have been taken down around the country since late spring, when protests over the death of George Floyd focused new attention on the troubling symbolism of such monuments.