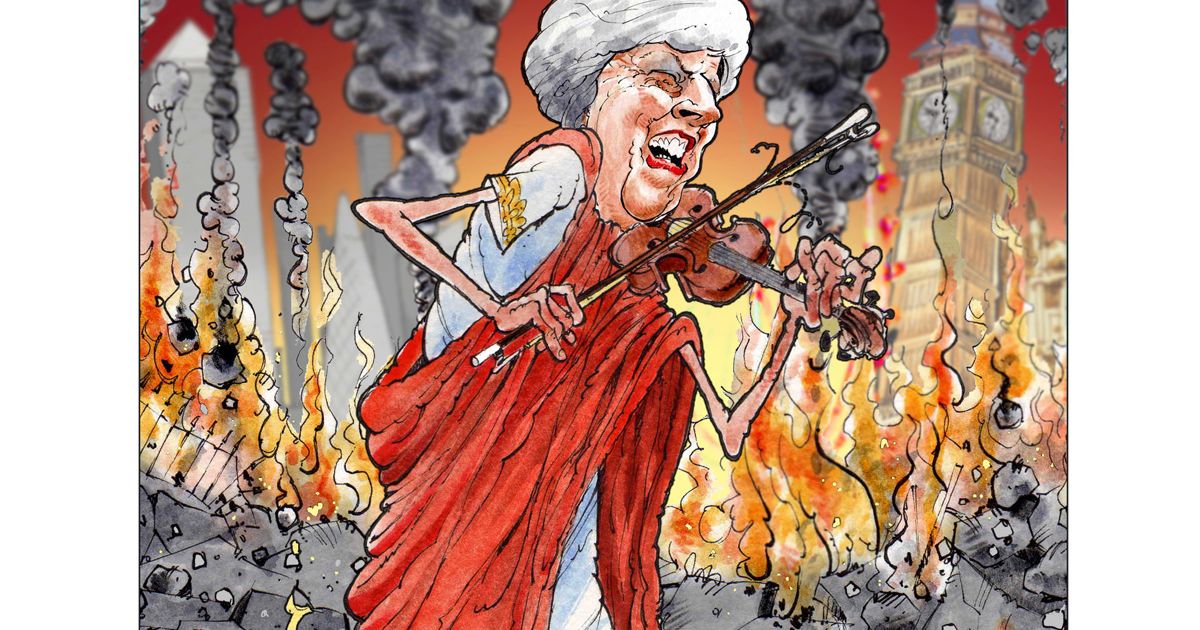 Starvation, homelessness and more real problems pushed aside by Brexit

I watched the ultimate damp squib – my friend’s mum says “squid” but I’m pretty sure it’s squib – as it unfolded on Wednesday night.

Theresa May had it confirmed that only 117 of her own MPs hate her. So, on she limps. She said she was going ­anyway but won’t say when – maybe not today, maybe not tomorrow, but soon and for the rest of our lives.

In the process she revealed what this is really all about. Brexit must be ­delivered at all costs and it must be HER that does it.

If not, she slinks off into the night with a legacy that adds up to nothing.

So we wait again for her deal to ­collapse, for the breakdown in ­negotiations and the continuing saga of the Tory party’s ­internal battles.

I watched it in one of the House of Commons bars with a friend of mine from Scotland. Good bloke. Hibs fan.

And as we watched the “drama” unfold we were talking about the real problems in the country.

His mate helps direct people to ­foodbanks in Scotland. In one ­afternoon they saw five families, hungry and ­without food, seek help.

Five different families. A mixture of out-of-work and in-work poverty.

And across these five families there were 27 children. That is, in 2018, in Britain, 27 ­children going to bed hungry each night. It gets, as you can imagine, worse.

One of the kids couldn’t go to school. Not through ­illness, mercifully, but ­because he didn’t have any shoes. One of the mums hadn’t eaten for three days. Three days without food. Starving so she could feed her kids.

There are lots more stories like this, about 4.1 million, in fact. About a third of all kids are in “Dickensian” poverty. In Britain, in the winter, in 2018.

Universal Credit has hit so hard some are turning to prostitution, others are eating out of bins. What happened this week is not going to make any of that better. Look at Scotland. Everything is viewed through the prism of independence and talk of a “second independence referendum”.

That is the central aim of the Scottish National Party, so you can’t blame them for concentrating on it.

But what it means is that, in the real world, people suffer. Education ­standards are down, kids not realising their potential, life expectancy ­dependent on your postcode.

We see it in England as well. Europe has been the only game in town since the referendum was announced.

That produces a lack of domestic agenda that has crippled public ­services. We don’t have enough police, or schools, or houses, or jobs.

The NHS is struggling. A winter crisis is on the way. Both countries are ­effectively being run by single-issue pressure groups.

These are abstract issues sucking the life out of British politics. They may be really important. Somewhere up the line they probably are.

But here’s the thing about ­parliamentary sovereignty, and ­backstops, and Brexit, and independence, and the future of the Union: You can’t eat them.

Kanye West Claps Back At Ariana Grande For Mocking His Feud With Drake: ‘Don’t Use Me’