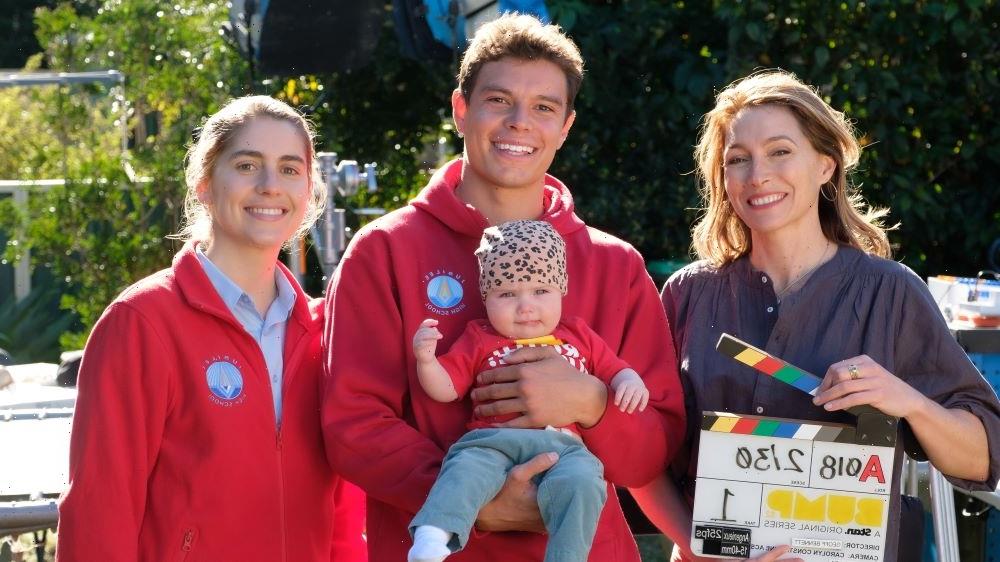 Australian streaming service Stan has struck a television development alliance with Hollywood mini-studio Lionsgate. The deal is in addition to the content supply agreement that the pair hatched last year.

Stan and Lionsgate announced the megachurch family drama series “Prosper,” drama series “The Geography of Friendship” and outback comedy crime series “Population: 11” as the first three titles to flow from their development deal.

Separately, Stan announced an expansion of its originals-production activity with other partners and suppliers in Australia. The company says that the new slates put it “on track to deliver 30% of its premium first-run slate from original productions.”

The local slate includes: drama series “Black Snow,” a cold case mystery series set in Far North Queensland; “Last Light,” starring Matthew Fox and Joanne Froggatt; and “The Jump,” a series about the power of friendship and the ways our sadness can unite us.

Also announced is the absurdist comedy feature film “Nude Tuesday,” starring Jackie van Beek, Damon Herriman and Jemaine Clement; from the makers of “Married at First Sight,” a new untitled reality series; a format created by the 9Network and Endemol Shine Australia; and sport documentary series “Dawn of the Dolphins,” with a Queensland based Rugby League club as they climb from community level success to elite professional levels.

Earlier this month, Stan announced a pact within its parent Nine Entertainment to work with journalists from 9Network’s “60 Minutes” factual show as well as the The Age, The Sydney Morning Herald and Australian Financial Review newspapers to produce documentaries under Stan’s Revealed label.

“Prosper” is set in the inner sanctum of a family bound together by unfathomable wealth and unchecked power as they build an evangelical megachurch hell-bent on global domination. Developed with the support of Stan, Lionsgate, Screen NSW and Screen Australia, it was written by lead creative and executive producer Matt Cameron (“Secret City), Liz Doran (“Barons”), Louise Fox (“Glitch”) and Belinda Chayko (“Stateless”). Production is through Lingo Pictures.

Announced this time last year, and presented as a limited series, “Geography” is psychological thriller which sees three female friends return to the scene of a fateful hike they took together decades earlier. While they originally set out for an adventure in the bush, it became clear that they were not alone. Production is through Rose Byrne’s Dollhouse Pictures and female-led Australian outfit Aquarius Pictures.

Inspired by true events, “Population: 11” is created by Phil Lloyd (“The Moodys”), who will executive produce alongside Trent O’Donnell (Stan’s “No Activity”) and Jason Burrows (“No Activity”), with Bridget Callow-Wright producing for Jungle Entertainment.

“Black Snow” is a Goalpost Television Production, financed and produced in association with All3Media International and financed with support from Screen Queensland, Screen NSW and Sundance Now. It is created by Lucas Taylor, and written by Taylor, Boyd Quakawoot and Beatrix Christian. It is directed by Sian Davies and Matthew Saville.

Based on Alex Scarrow’s international best-selling novel, “Last Light” is a five-part drama starring and executive produced by Matthew Fox (“Lost”) and starring Joanne Froggatt (“The Commons,” “Downton Abbey”). The series is produced by MGM International TV Productions in association with Peacock, Nordic Entertainment Group’s Viaplay, Stan and MBC; and is distributed by MGM. The series will premiere in the U.S. on Peacock

“The Jump” is created and executive produced by Gretel Vella, who writes alongside Keir Wilkins and Emme Hoy. The series is produced by Alice Willison, with Nat Lindwall as executive producer and Ellie Madritsch as associate producer. Partners are AMC Networks’ Sundance Now and Fremantle International.

From a screenplay, with dialog entirely in gibberish, by Jackie van Beek, “Nude Tuesday” is structured as a New Zealand-Australia co-production. Production is by Emma Slade for Firefly Films and Virginia Whitwell and Nick Batzias for GoodThing Productions. Madman Entertainment is managing theatrical distribution in Australia and New Zealand, with Cornerstone handling international sales.