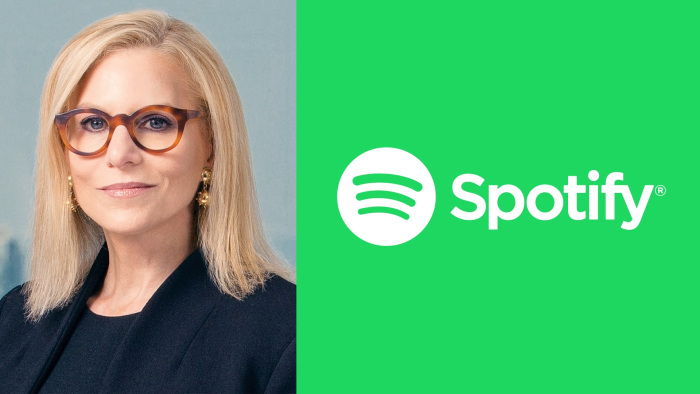 Spotify signaled that it’s a major buyer in the podcast biz, announcing all-cash deals Wednesday to buy Gimlet Media and Anchor. All told, Spotify said it expects to invest $400 million-$500 million in podcasting acquisitions for 2019; that includes what it’s spending on podcast proudcer Gimlet ($230 million, as reported by Recode) and hosting and services provider Anchor.

Ostroff, chief content officer of the audio-streaming giant, said the company is looking at a “myriad of opportunities” for its next podcast deals.

“We’re looking at a broad range of opportunities,” she said in an interview with Variety. “The business is so nascent. A lot of what we’re doing is obviously strategically targeting this area that we want to be a leader in… We’re open to seeing ways we can strategically fit with other companies.” Ostroff declined to say whether Spotify is currently in talks with specific podcasting firms.

Of course, podcasting is relatively tiny compared with Spotify’s core music-streaming business. Since first taking root more than a decade ago, podcasting has seen slow growth but is expected to surge in the years ahead. U.S. podcast advertising is expected to grow from $402 million in 2018 to $659 million by 2020, according to an IAB/PwC study released last year.

Spotify CEO Daniel Ek, on the company’s Q4 earnings call, acknowledged that podcasting is a relatively small business today. However, he said, “I see incredible growth potential for the space and for Spotify.” The company says its podcast users are almost twice as engaged as non-podcast listeners, as a result spend even more time listening to music.

Spotify doesn’t break out what portion of its user base listens to podcasts, which currently numbers about 185,000 shows. However, Spotify claims it’s the second-biggest podcast distribution platform worldwide, behind only Apple. As of the end of 2018, Spotify had over 96 million Spotify Premium subscribers and 207 million monthly active users globally.

The company’s thesis is that audio entertainment is undervalued, relative to TV and video. Ostroff brought up one of Ek’s favorite claims: that video is a $1 trillion market worldwide, while music/audio is one-tenth the size at around $100 billion.

“Podcasts offer the combination of being able to really entertain, inform and connect,” Ostroff said. “It’s an intimate relationship with the content.”

Gimlet will let Spotify ratchet up its original content, bringing over award-winning shows like “StartUp,” “Reply All,” “Mogul,” and “Homecoming,” which was adapted by Amazon Studios into a series starring Julia Roberts. On the other end of the spectrum is Anchor, which is kind of like the YouTube of podcasts to let anyone in the world create, distribute and monetize audio programming.

Shares of Spotify were down as much as 7% after announcing Q4 revenue that missed Wall Street targets and forecasting losses and margin pressure in 2019 with the investment in podcasting. That’s despite Spotify beat expectations on user growth.

Company execs pointed out that Spotify’s spending on original content is fixed and can be amortized over a growing global user base. In other words, it’s akin to Netflix’s model. On the earnings call, Spotify CFO Barry McCarthy — who at one time was Netflix’s chief financial officer — compared the podcast investment strategy to Netflix spending spending, in that over the long term it should enhance the platform’s total value proposition to drive up usage and attract more users. “If we can drive a virtuous cycle, we’ll win,” McCarthy said.

According to Ek, Spotify’s opportunity in non-music audio is reflected by the massive usage of traditional radio, which averages about two hours of listening per user globally every day. Like video, that usage is shifting from a linear world to on-demand. Spotify assumes that over time more than 20% of all the streaming company’s listening will be non-music content.

But will podcast content producers be wary of doing deals going forward with Spotify, now that it’s going to push forward with its own slate? “I don’t see that,” Ostroff said. “I think podcast producers want to tap into the 207 million listeners we have on the platform.” Spotify distributes podcasts from partners including include the New York Times, NPR, Pod Save America, Barstool Sports, and The Ringer’s Bill Simmons.

Ostroff said Spotify is committed to podcasts for the long haul. She drew a comparison to her previous gig, as president of Condé Nast Entertainment, to build a broad slate of digital, TV and film projects: “Having done something similar in video, it takes some time as the industry grows and matures.”