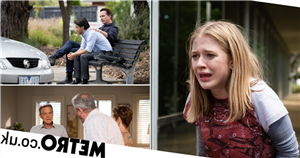 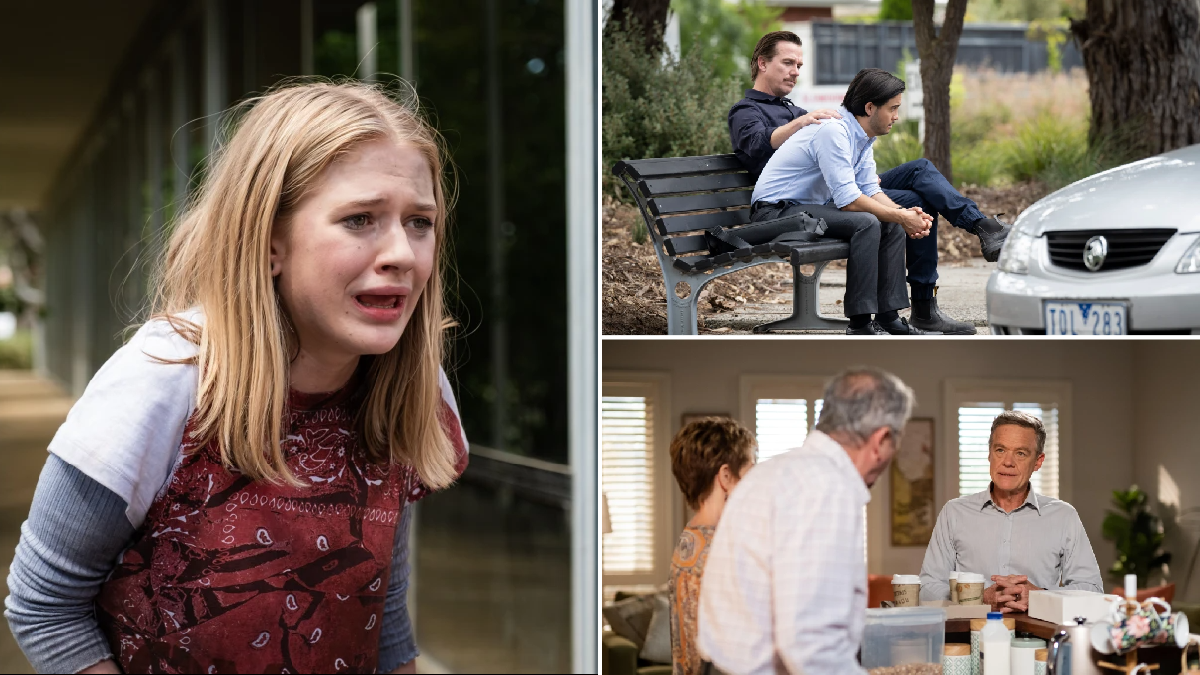 There’s tragedy on the cards in this week’s Neighbours with three lives on the line and a marriage hanging by a thread.

Mackenzie (Georgie Stone) and Hendrix (Ben Turland) find themselves in a deadly situation when they become trapped in a raging school fire. Is their love story set to end in tragedy at the hands of Zara?

David (Takaya Honda)’s marriage could be dead in the water following his latest Hijinx. Aaron (Matt Wilson) discovers he’s got too close with his pal Dean, will their marriage survive this betrayal?

After getting blamed for the school fire, Zara (Freya Van Dyke) can’t see any way out. Will she do something drastic?

In some light amongst the potential tragedy, Roxy (Zima Anderson) decides she and Kyle (Chris Milligan) are ready for a baby. Yikes, are they really ready?!

And there’s something odd up with Glen (Richard Huggett), but hey, at least everyone gets a free holiday out of it.

Here’s what’s ahead in Neighbours

Hendrix has a secret he can no longer keep from Mackenzie – Zara kissed him. Mackenzie hits the roof when she finds out and confronts her new adversary, who is left feeling betrayed by her so-called friends Sadie and Aubrey, who’ve clearly blown their secret. It appears that Zara doesn’t take too kindly to the confrontation and before anyone knows it, the school goes up in flames. Zara makes it out unscathed, but Mackenzie is trapped and fading fast. Hendrix rushes in to save her, but he too gets caught up in the flames. Worse still, no one knows they’re there. With Mackenzie slipping in and out of consciousness, there’s no way Hendrix can get her out without help. Are they both about to be burned alive?

Could we be about to see the day that David throws in the towel on his marriage? Things have been tricky between him and Aaron for a while, but is it enough to push him into the arms of another man? The whole thing with baby Abigail has been the catalyst to the friction between the two, with Aaron going behind David’s back in an attempt to adopt the baby and David feeling totally betrayed. So it’s up to Chloe to bring the two back together by urging her brother to make amends. Aaron takes some persuading but ultimately concedes that she is right, heading off to find his other half with his tail between his legs.

But as he does, he makes a shock discovery – David has been imparting their marriage secrets to his friend Dean. Aaron is understandably furious and won’t accept any of David’s attempts at an apology. He even refuses to go on the trip the whole street is planning to go on. David promises never to confide in Dean again, but the renewed stress on the relationship pushes him to breaking point and he turns straight to Dean for advice…and comfort. Seems like Aaron was right all.

Zara at risk of ending her own life?

The fire that rages through the school and potentially kills Mackenzie and Hendrix is attributed to Zara. She’s got form and everyone knows how unruly she’s been, but would she do something so disastrous? She maintains her innocence, but while she tries to defend herself she manages to make everything so much worse, and now she hasn’t got a single person on her side. But, she knows who is behind it – Sadie and Aubrey. Aubrey is calling the shots and forcing Sadie to keep quiet, meaning Zara is having to take the fall. It all gets too much and, seeing no way out, she leaves a note for Amy and Toadie to find that says she feels they are better off without her. They mount a search party but it’s not looking good – will they find her in time?

With their wedding out of the way, Roxy and Kyle start looking towards the future – they want a family, and why wait? Roxy gets cracking on making plans, keen not to waste any time. But there’s someone who thinks their plan is a bit bonkers – Terese. She tells the couple they’re rushing into baby making. Does she have a point?

Paul is feeling lonely and unloved without Terese and David giving him attention. Harlow hates seeing him upset and decides to do something, encouraging David to reach out and make a visit. It works and David spends some time with his dad. Paul is buoyed by the unexpected interaction, hopeful his relationship with his son is back on track.

What’s up with Glen?

Glen wins a trip away but doesn’t seem too bothered about it. In a bid to get a bit excited about it, Glen tries to invite a bit of a crowd. His behaviour is odd, and Terese can see it. But what is actually up with him?

I'm a mum-of-eight & our bedtime routine is CHAOS – I start at 4.30pm & it's essential the kids help me with the chores