Home » Spice Up Your Life! The Richest Spice Girls Ranked 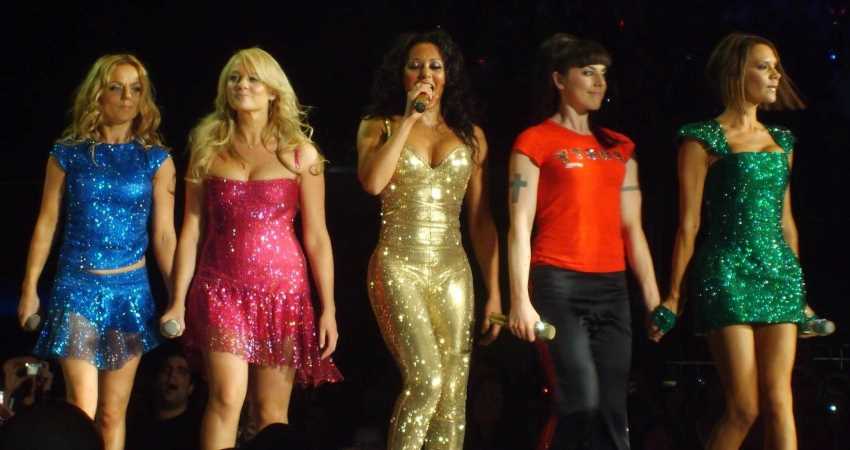 Spice Up Your Life! The Richest Spice Girls Ranked

The Spice Girls has been a household name for over two decades. Since their inception in 1994, Spice Girls members Mel B or Scary Spice, Mel C or Sporty Spice, Emma Bunton or Baby Spice, Geri Horner or Ginger Spice, and Victoria Beckham or Posh Spice continue to profit off of their success.

Even though it’s been years since the girl group released new music, their fans don’t seem to mind because they still rave over their most popular tracks like “Wanna Be,” “2 Become 1,” and “Spice Up Your Life.”

Just before the pandemic hit, the Spice Girls went on a sold-out tour in Australia and the United Kingdom. And according to reports, the group grossed over $70 million from their shows alone.

To date, the Spice Girls combined net worth is estimated at $546 million. But here’s a look at how this figure is divided among the members of the group.

A post shared by Scary Spice Mel b (@officialmelb)

RELATED: Everything Fans Need To Know About The Spice Girls Reunion

Mel B aka Scary Spice – Net Worth $6 Million

Melania Brown also known as Mel B reportedly has a net worth of $6 million.

Outside of Spice Girls, Mel B launched her short-lived solo music career. And she has also starred on Broadway.

Part of her net worth came from her gig as a judge on America’s Got Talent and The X Factor. She also served as a contestant on Dancing With the Stars and a presenter on the same show but in Australia.

In 2018, Mel B launched her book Brutally Honest following her divorce from her ex-husband, Stephen Belafonte.

According to SCMP, Mel B’s net worth is nothing compared to the net worth of the other members of Spice Girls because she recently had to pay for a huge sum of money on her custody and divorce battle.

The judge also ruled in favor of Belafonte but Mel B tried to ask the court to lower the $500,000 because she feared that she would go bankrupt.

“I will effectively be insolvent and will in all likelihood have to file for bankruptcy. I simply do not have the ability to pay such an exorbitant sum,” she said.

Luckily, Mel B earned a huge sum of money from the recent Spice Girls tour. But this may still not be enough to support her and her children.

Melanie Chisholm also known as Mel C reportedly has a net worth of $20 million.

Outside of Spice Girls, Mel C starred on West End’s Blood Brothers and Jesus Christ Superstar. She also works a paid celebrity DJ, and she has also judged on Asia’s Got Talent and The Voice Kids UK.

In 1999, she launched her debut album Northern Star. Years later, she also launched her own record company, Red Girl Records.

To date, Mel C has already dropped eight solo albums. And she also headlines festivals across the globe.

Emma Bunton also known as Baby Spice also had a successful career outside of Spice Girls that’s why she has managed to rake in $30 million over the years.

The singer has already released four solo albums to date, and she dropped her latest one in 2019. Bunton celebrated the success of her album with an equally successful sold-out concert at the Royal Albert Hall.

Just like her fellow Spice Girls, Bunton has appeared in a reality TV show like Strictly Come Dancing. She also starred in Absolutely Fabulous: The Movie and worked as a judge on Dancing on Ice and Boy Band.

Bunton also has a flourishing business called Kit & Kin. She serves as the co-founder of the eco-friendly family brand that offers biodegradable diapers, as well as natural skincare products for moms and babies.

The second richest Spice Girls member is Geri Horner or Ginger Spice with her $40 million net worth. However, the singer’s income isn’t completely self-made.

In 2015, she wed a rich sportsman named Christian Horner whose net worth is estimated at $50 million. Christian serve as the manager of The Red Bull Racing Formula One, and he was also once a racecar driver himself.

After her stint with Spice Girls, Ginger Spice also dropped three albums with four number one hits. She also appeared on Australia’s Got Talent.

To date, Horner has already published two autobiographies and several children’s books. She has also released a clothing line and a series of Body Yoga workout videos on DVD.

Victoria Beckham or Posh Spice is the richest member of Spice Girls with her $450 million net worth.

David Beckham’s husband did not join the Spice Girls reunion tour in 2019, but she still managed to make some profit out of the venture.

The mom of four also has a popular fashion label with her namesake that is worth $140 million. She and her husband also created Beckham Brand Holdings years ago with the help of Spice Girls manager Simon Fuller to oversee all their projects.

READ NEXT: 15 Pics Of The Spice Girls Showing More Than We Can Handle

CategoryLifestyle
Tagslife Riches Spice the Up your