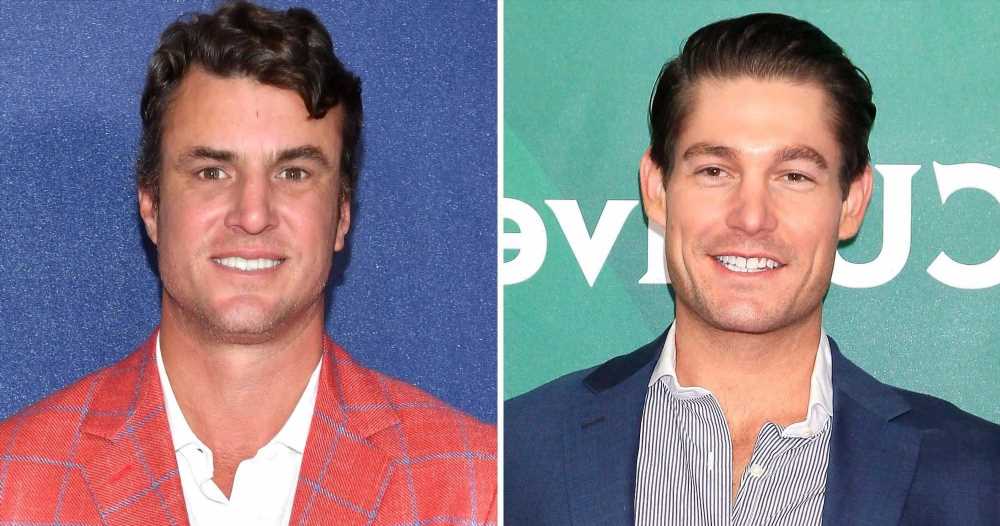 Bro code! Craig Conover and Shep Rose recently spilled the tea about each other — including their biggest Southern Charm regret — following the premiere of the show’s 8th season.

The Bravo costars exclusively told Us Weekly during the “Know Your Bro” game that season 8 features each of their “biggest regrets” from reality TV thus far.

“I think Shep’s is going to happen this season,” Craig, 33, explained, to which the Average Expectations author, 42, responded, “Well, Yeah. I lost my temper and I obviously regret that.”

While Shep didn’t expand further, he was seemingly referring to the drama between him and girlfriend Taylor Ann Green that fans will see play out later this summer.

The South Carolina native noted that some of his “biggest regrets are things that didn’t make it that I really, really loved and thought was just amazing.” Shep explained, “Craig and I went dove hunting on my family’s farm and it was just so much fun. And we never saw it, unfortunately.”

Shep then turned his attention to the Sewing Down South founder teasing that his most regrettable moment will “be this season as well.”

The Palace Hotel co-owner also pointed to Craig’s shenanigans during season 2 as a low point for his pal.

“He was a complete train wreck the whole time,” Shep told Us. “I think this season is going to be challenging for Craig and I and I’m happy that it’s season 8 and we’ve been through the wringer enough times to not left it affect us too terribly much.”

When season 8 premiered last month, Craig’s drama with Shep and longtime friend Austen Kroll was front and center. Both Shep and Austen, 35, accused the attorney of being a lackluster friend who hadn’t seen either of them in months.

Craig, for his part, seemed to have the biggest issue with Austen, who he claimed wasn’t trustworthy after previously exposing the Delaware native’s secrets.

The trio’s drama has yet to be resolved on the series, but Shep exclusively told Us in June that the group eventually had to “recalibrate” their friendship and had “a lot of fun doing that.” He joked, “It gave Austen and I a chance to gang up on Craig, which is one of our favorite pastimes.”

‘Southern Charm’ Cast: A Complete Guide to Who Has Dated Each Other

Craig’s relationship with ex-girlfriend Naomie Olindo has also been a hot topic this season after the exes confessed to hooking up in Las Vegas and again in Charleston, South Carolina, while Craig was casually seeing his now-girlfriend, Paige DeSorbo.

Despite Austen thinking the former flames were still hanging out once Craig and Paige, 29, made their relationship official in late 2021, Craig told Us in June that he doesn’t regret hooking up with Naomie, 29, following her split from Metul Shah.

“I’ve said it’s [the] closure that I didn’t realize that I needed,” the Pillow Talk author told Us last month. “As tough as this is to say about some things, I’m happy that it happened. It was just closure that I was able to be, like, ‘You know what? I can finally see what I want for my future and life.’”

For more of Craig and Shep’s “Know Your Bro” revelations, including which Vanderpump Rules star called Shep a “bad wedding guest” — watch the exclusive Us Weekly video above.