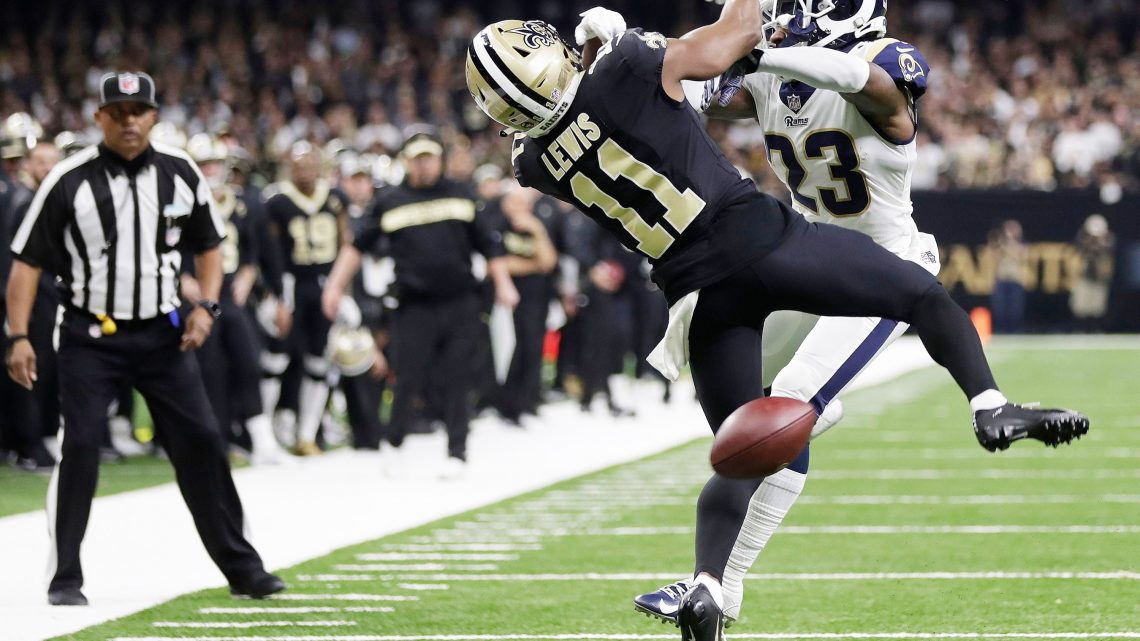 It looks like the New Orleans Saints will have to wait until next season for their chance at revenge against the Los Angeles Rams.

On Thursday, a federal judge ruled in favor of the NFL and rejected a bid by Saints ticket holders to get a full or partial rematch against Los Angeles following a pivotal “no-call” by referees in the last minutes of the NFC Championship Game on January 20.

“U.S. District Judge Susie Morgan has ruled in favor of the NFL in the Saints ticket-holder lawsuit,” reported Nick Underhill of The New Orleans Advocate. “Denied plaintiffs’ request to return this lawsuit to state court; and the federal judge also denied their request that she order the NFL to replay the end of game.”

With the score tied 20-20 with under two minutes to go in the fourth quarter, the Saints were on the verge of a potentially game-winning drive when referees missed a pass interference call on Rams cornerback Nickell Robey-Coleman, who collided with New Orleans receiver Tommylee Lewis while the football was still in the air.

The play was ruled as an incomplete pass and the Saints were forced to go for a field goal instead of a touchdown to seal the game.  Los Angeles was able to tie the game at 23-23 to extend it to overtime. The Rams would then deliver the knockout blow with a massive 57-yard field goal, winning 26-23.

With the Super Bowl this Sunday, there remains no chance that a rematch will occur.

But the “no-call” has remained a constant topic of discussion in the two weeks since the game, mostly spurred on by angry Saints fans, one of which who has paid for a series of billboards at the site of the Super Bowl that read, “NFL Bleaux It!” and “Saints Were Robbed.”

One Louisiana-based eye doctor even wrote on Facebook that he “would hate for someone else to feel our pain,” and offered free eye examinations for each of the officials who refereed the NFC Championship.

The claim that Judge Susie Morgan dismissed on Thursday was an attempt by two Saints ticket holders to sue the league and commissioner Roger Goodell for damages that included mental anguish and emotional trauma as a result of the missed call, and a “loss of enjoyment of life” and “distrust of the game,” KTLA reported.

RELATED: Super Bowl LIII: What to Know About the NFL’s Youngest Coach, Sean McVay of the L.A. Rams

Regardless of the controversy, the Rams weren’t letting the debate cloud their trip to Atlanta to face Tom Brady and the New England Patriots in Super Bowl LIII.

Rams’ running back Todd Gurley trolled critics with a Photoshopped picture of himself exchanging jerseys with Bill Vinovich, the head referee in the NFC Championship Game.