Home » Lifestyle » Sober Tours: How to Hit the Road and Stay on the Wagon 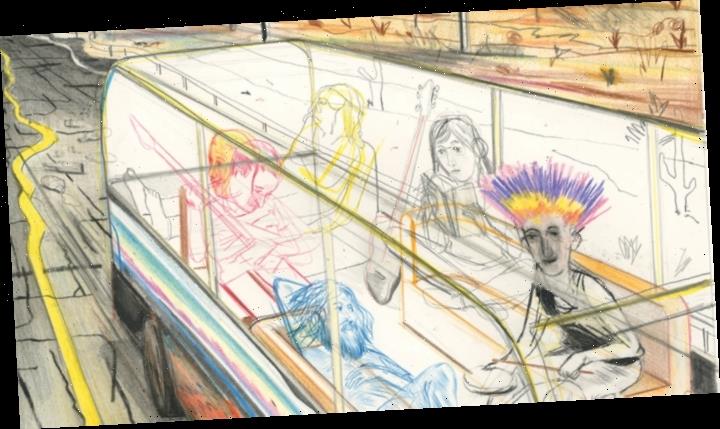 Sober Tours: How to Hit the Road and Stay on the Wagon

In an industry known for the mantra “sex, drugs and rock ’n’ roll,” it’s hard enough for addicted musicians to get sober, but staying sober, especially on the road, can seem next to impossible. At least it did before manager Tim Collins designed an early blueprint for the Dry Tour, in which musicians, crew members and other key staff commit to sobriety and serving as a support system for one another.

Collins’ effort was shaped by a 1985-86 tour that he did while managing Aerosmith that he describes today as “a real s— show” that involved “insane drugs and alcohol.”

Afterward, Collins spent a couple weeks drying out at the Canyon Ranch facility in Tucson, Ariz., when he says he realized, “‘Wow, I want to be sober.’ And I got sober. Then I came back and set up interventions for [Aerosmith].”

Miraculously, the entire band got clean. “Three of them went to treatment — but not willingly,” says Collins. The other two did it the old-fashioned way by attending 12-step recovery meetings.

After that, Collins had to pull off another seemingly impossible feat: Devising a plan to keep five alcoholics sober for nearly a year on the road.

He managed to assemble a sober crew and tracked down an interventionist and a doctor with experience in addiction. He hired a former Arizona state trooper to serve as road manager. The band was escorted to the outside entry of 12-step meetings while on the road, and backstage the members participated in group therapy sessions.

“We created this wonderful business model that surrounded them with recovery,” Collins says.

Variations of the dry tour model Collins developed have continued to help newly sober artists for decades. One veteran tour manager, Chuck Randall, even specializes in uniting sober artists, technicians and crew members. Billy Morrison, former member of the Cult, who is 24 years sober, is among the artists who were helped on their journey by a dry tour.

While the concept has “morphed over the last 20 years,” Morrison says, certain principles are maintained. There is no alcohol or drug use by anyone, including crew members — at least in the vicinity of the band — and alcohol is removed from mini-bars in hotels, “nothing on the rider, nothing on the plane,” he says. “It is definitely easier if the bass player isn’t cracking open the tequila after every show, or if the road crew aren’t bending over to do a rail every five seconds.”

Despite his long-term sobriety, Morrison has never forgotten what it felt like immediately after he stopped drinking. “An artist in early sobriety is full of fear, doubting how this touring thing will work without that familiar crutch,” he says. “So a dry tour removes the temptation and gives the artist a chance to realize that it’s way more fun, and the results — the performances, the musicianship — all get better without the drugs and alcohol.”

For some, the ravages of addiction are so strong that even the environment of a dry tour isn’t enough to prevent a relapse. Dave Kushner, the Emmy-nominated composer of the “Sons of Anarchy” theme, recalls the heartbreak of touring with the supergroup Velvet Revolver, whose members included Slash and Scott Weiland, the Stone Temple Pilots singer who died of a drug overdose in 2015.

“There was a point where everyone in the band was sober,” says Kushner, who has been sober for 29 years. Velvet Revolver set out in 2006 on a dry tour, as suggested by their managers.

Dry tour specialist Chuck Randall set up an arena trek that made scheduling time for recovery efforts as much a priority as soundcheck before the show. Some band members still struggled.

“That tour was as dry as you could get,” says Kushner, adding that Randall arranged 12-step meetings backstage and offered other means of sober support. “It absolutely did reduce the amount of temptation because the temptation was just eliminated.”

But to paraphrase an old adage: You can lead a rock star to recovery but you can’t stop him from drinking.

“Dude, I have a video of [one member] f—ing nodding out in the middle of a song,” says Kushner.

Mike Inez, bassist with hard rock outfit Alice in Chains, describes touring as “a grueling marathon” under the best of circumstances. He remembers the fear that gripped him as he prepared to play his first show after getting sober a decade ago.

“It was this big festival in Perth, Australia. I was extremely nervous because I had never played a show without having a drink or two to loosen up,” Inez recalls. “Turns out, everything was cool. My anxiety was in my own head.”

In Morrison’s experience, a dry tour is better for everyone involved.

“The differences are often quite subtle, like the whole band turning up for soundcheck or guitars actually being in tune,” he says. “And I would say that less TVs get thrown out of hotel windows — that’s for sure.”

Diddy’s Twins, 12, Snuggle Up To The Rapper In Sweet Photo On His Birthday: ‘You’re The Best Dad’

Do the Giants Have Ailurophobia? A Black Cat Turns a Game Sour
World News