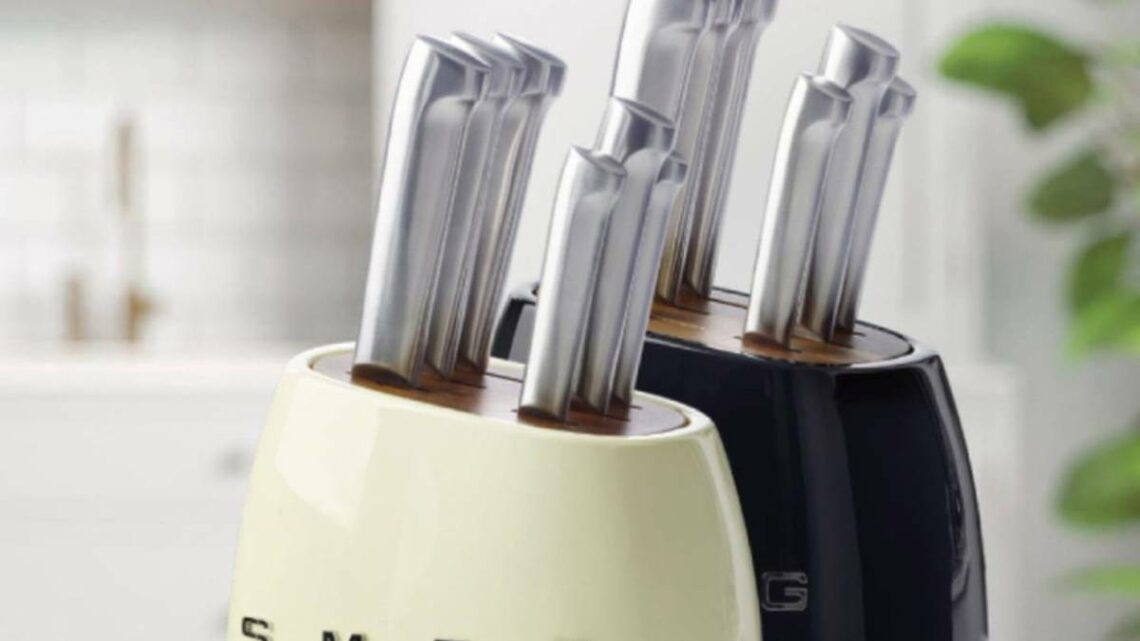 New World shoppers all over New Zealand have been eagerly collecting their stickers to earn SMEG knives as part of the supermarket’s latest promotion.

Now shoppers are turning to TradeMe to complete their sticker collections, with full sets of the knives being sold for upwards of $500.

But it turns out that shoppers turning to the online selling platform could in fact be breaching the rules of the promotion.

According to New World’s terms and conditions for the SMEG promotion, “the Stickers, Collector’s Cards and the Collectables themselves [either individual or complete sets] must not be exchanged or on-sold”.

And does that mean those who buy the stickers on TradeMe might not be allowed to redeem them for a knife in stores?

“The Promoter and any Participating Store may, in their sole discretion, refuse to provide stickers or a Collectable if it believes that a customer has behaved in a fraudulent or dishonest manner, or otherwise than in accordance with these terms and conditions.”

So, why are there still hundreds of listings on the TradeMe website – and why are Kiwis still shelling out big bucks for complete sticker sets?

Well, it turns out it could all come down to that “cost” of a single sticker, which usually comes free when a shopper is doing their weekly shop.

One sticker is earned for every $20 spent at New World, while bonus items can earn you extra stickers.

But online, they’re selling for around $5 per sticker and $50+ per booklet. The knives themselves retail from $60-$90 and are exclusive to the supermarket promotion – as they’re not available to purchase from retail anywhere else in New Zealand.

One complete set of knives was selling for $600 with 27 people watching, while a full sticker booklet was up for auction currently at $325 with over 20 people placing their bids to try and nab it.

One TradeMe user had even listed a single SMEG sticker for $5.

In response to claims people were breaching the terms, a representative from New World said, “Why spend money on TradeMe when you can redeem SMEG knives for free at New World?”

They said hundreds of thousands of Kiwis have redeemed the stickers and despite the terms and conditions, would honour a customer’s sticker collection “regardless of how they got their stickers”.

TradeMe’s head of trust and safety Lisa Kerr told the Herald the site saw an immediate surge in searches for the stickers just after New World launched the promotion.

“This isn’t the first time we’ve seen a little supermarket promotion end up onsite for big money. In 2016 one member sold the full New World Little Garden set for $210 on TradeMe.”

She said the site would not enforce other companies’ terms and conditions and would allow the listings to remain on the site.

And with over 150 listings, they’re continuing to sell like hotcakes as people scramble to get their hands on the final pieces for the aesthetically pleasing knife blocks in what some have called just a “branding exercise” for SMEG.

The $50 they are referring to comes from the cost of the knife block – $50 plus a booklet of 40 stickers.

However, some users online were quick to note that if you are shopping like normal, the stickers and knives are a freebie that comes extra, and not something that you should be shopping just to attain.

The regular “retail” price on the set of knives and knife block comes to $672.30.