Simone Biles’ Boyfriend Jonathan Owens Gushes Over Her Olympic Win: ‘Can’t Explain How Proud I Am’

After Simone Biles took home a bronze medal at the Tokyo Olympics, her biggest fan – boyfriend Jonathan Owens – said he couldn’t be any more proud of her.

After withdrawing from the team all-around final last Tuesday, Simone Biles returned to the Tokyo Olympics on Aug. 3. After Simone, 24, placed third in the beam event, adding a bronze to her collection of Olympic medals, her boyfriend Jonathan Owens celebrated her triumph online. “Words can’t explain how proud I am of you right now [heart emoji, clapping hands emoji],” wrote  Jonathan, 26, while sharing a picture of his smiling girlfriend. He also shared a post from Bleacher Report that tallied up Simone’s numerous accomplishments – 7 Olympic gold medals (4 gold), 25 world championships (19 gold), and 4 gymnastic skills named after her. 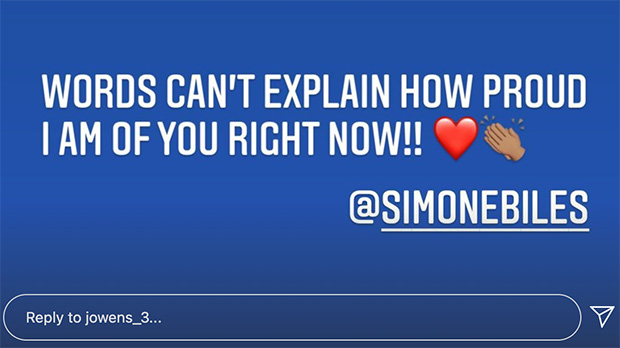 Though the hypercompetitive nature of sports — and its hypercompetitive fans — have placed a fevered priority on “first or nothing,” Simone celebrated her newly won medal, telling reporters afterward, “I don’t get why people diminish silver and bronze.” (h/t CBS Sports.) Later, when speaking with Hoda Kotb on TODAY, Simone said that this medal “means more than all of the golds because I pushed through so much the last five years and the last week while I’ve even been here,” per NBC News. She also said she was nervous while competing, and “shocked” that she reached the podium at all.

“I didn’t really care about the outcome. I was just happy that I made the routine and that I got to compete one more time,” she added. Simone withdrew from the team gymnastics final and other events, including the individual all-around and uneven bars. Simone explained she was suffering the “twisties,” which causes gymnasts to lose their sense of space and dimension in midair. Being unable to “not tell up from down,” as Simone described it in a series of Instagram Stories published on July 30, poses a risk to Simone’s health. 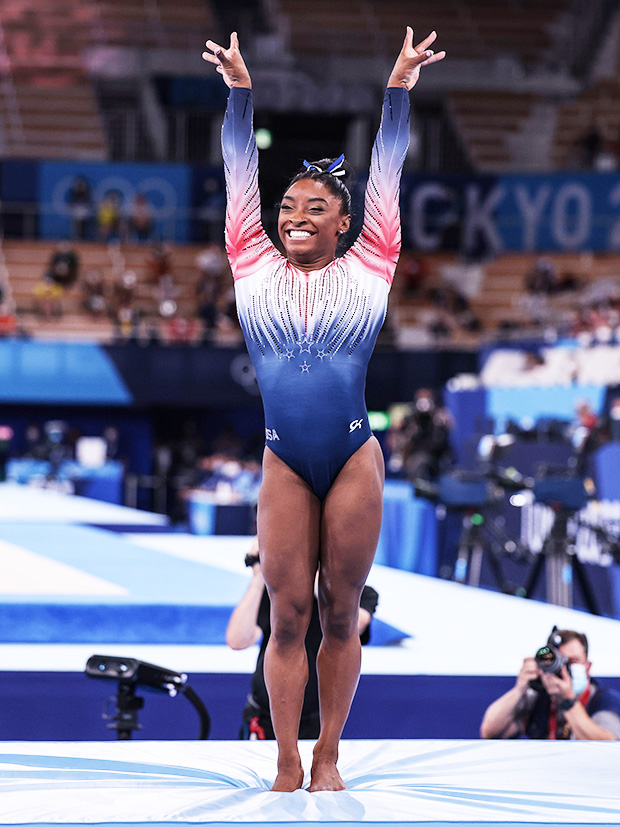 Simone was able to get around the mental block by using a double-pike dismount – no twisting required, per the Associated Press – to score 14.000, good enough for third place behind China’s Guan Chenchen and Tang Xijing.

“I didn’t quit. My mind and body are simply not in sync,” Simone said in response to those critics who suggested she “gave up” on the competition. “I don’t think you realize how dangerous this is on hard/competition surface. Nor do I have to explain why I put health first. Physical health is mental health.” Simone’s decision, along with Naomi Osaka’s decision to withdraw from tennis tournaments to protect her mental health, has spotlighted the mental aspect of sports and how athletes sometimes ignore their mental side in pursuit of sports glory.

“To bring up the topic of mental health, I think it should be talked about a lot more, especially with athletes because I know some of us are going through the same things, and we’re always told to push through it, but we are all a little older now, and we can kind of speak for ourselves,” Simone said following her bronze win, per Yahoo. “At the end of the day, we’re not just entertainment. We’re human, and there are things going on behind the scenes that we’re also trying to juggle with, as well, on top of sports.”