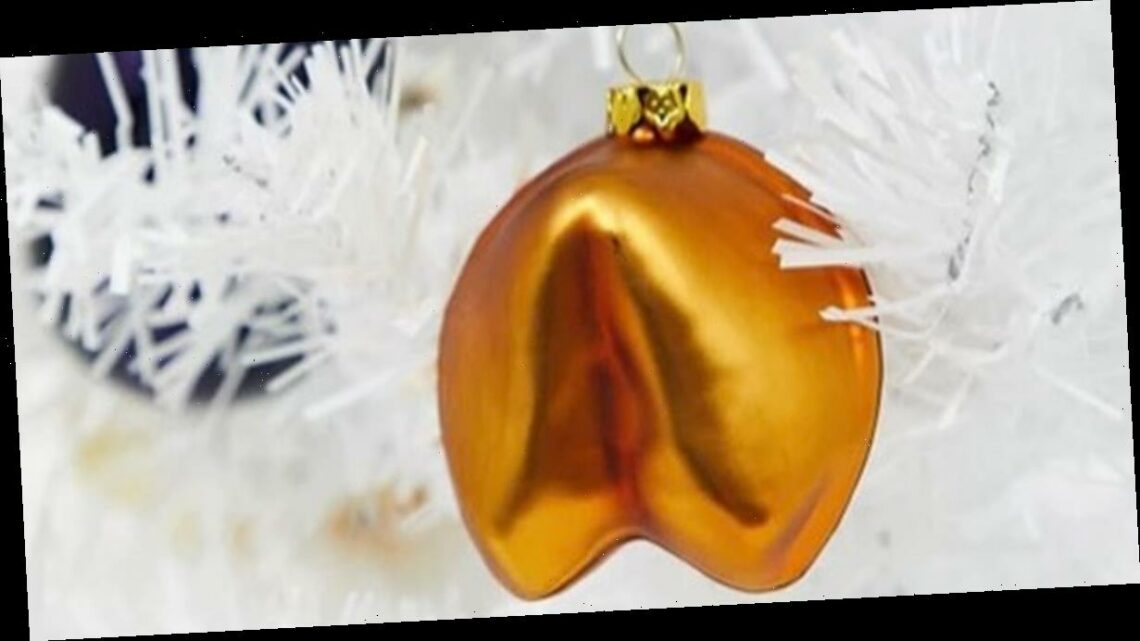 ASOS customers have been mocking the e-tailer on social media after spotting some of the festive ornaments that are available to buy online.

The popular website has an array of Christmas decorations for sale – from festive pineapples and glittery lobsters.

However, there were two baubles in particular that seemed to catch people's attention.

The Sass & Belle Christmas bauble in glitter aubergine is a direct nod to the phallic emoji – which is often used to depict a penis.

And next to that is a bronze coloured SVNX fortune cookie Christmas decoration.

Taking to Twitter, people were quick to mock both ornaments and the fact that they were listed alongside one another on the website.

One customer tweeted: "I am actually screaming at this ASOS product!!

"What in the word!! and next to an aubergine bauble? have some self respect x."

And another posted: "@ASOS @ASOS_HeretoHelp @asos that is not a fortune cookie bauble, that is an a***hole."

Despite the criticism, the fortune cookie bauble has sold out online.

It's clear some are keen on the quirky decoration, which is bound to bring a sense of fun to any Christmas tree.

Daily Star Online has approached ASOS for comment on the novelty item.

In other news, a furious parent took to social media to urge Typo to stop selling a festive ornament that could end up ruining Christmas for children.

The unnamed man was shocked during a recent shopping trip when his child picked up an elf decoration – which was holding a sign that reads: "Santa's not real."

The disappointed dad explained that everything went horribly wrong after his little one spotted the ornament, as they began questioning Santa's existence.