Home » Lifestyle » Shoppers say this No. 1 best-selling air purifier 'removes dust from the air' before your very eyes — and it's back on sale 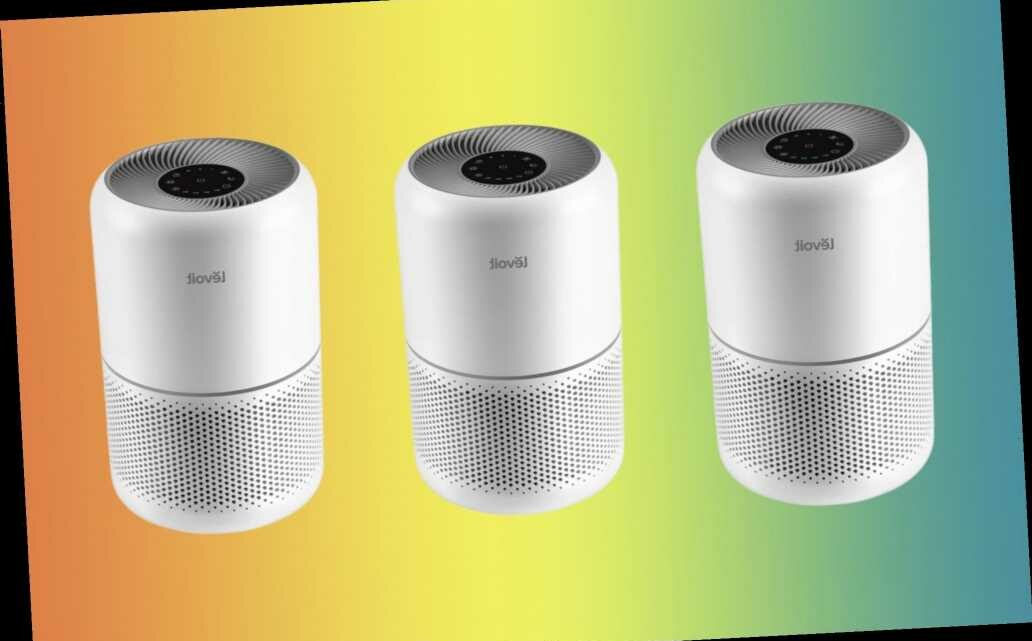 Shoppers say this No. 1 best-selling air purifier 'removes dust from the air' before your very eyes — and it's back on sale

Our team is dedicated to finding and telling you more about the products and deals we love. If you love them too and decide to purchase through the links below, we may receive a commission. Pricing and availability are subject to change.

It’s no secret that now more than ever, folks are (or should be) spending most of their time inside. Though this has become the new normal, the United States Environmental Protection Agency (EPA) has outlined that this affinity for the indoors is nothing new. In fact, the agency explained that “Americans, on average, spend approximately 90 percent of their time indoors.”

Though folks should be staying inside, doing so for long periods of time actually doesn’t shield us from pollutants. Surprisingly, research shows that many of these pollutants actually live indoors.

“The concentration of some pollutants are often two or five times higher than typical outdoor concentrations,” the EPA explains. They also added that very young adults, older adults and people with cardiovascular or respiratory problems are the most susceptible to the adverse effects of these pollutants.

With this in mind, the EPA suggests adding devices like air purifiers to your indoor living space to “help reduce airborne contaminants.”

They specifically stated that high-efficiency particulate air (HEPA) filter products are what you should look for as they work best at combatting airborne pollution.

The Levoit Air Purifier checks both of these boxes, which currently stands as a No. 1 best seller on Amazon. Shoppers say this one delivers in performance and quality. One shopper even said it “removes dust from the air before my very eyes!”

The award-winning Levoit Core 300 H13 True HEPA Air Purifier has over 24,000 reviews and an overall customer rating of 4.7 out of 5 stars.

In addition to performing the basic functions of most standard air purifiers — like removing dust and mold from the air — this device has an improved filtration system that puts it ahead of the pack.

Compared to other models, the Levoit’s filtration system has a larger expansion area. This helps thoroughly clean more air in your space.

It also has an H13 True HEPA filter. This one’s the star as it works with the ultra-fine pre-filter and activated carbon filter to trap 99.97 percent of fine particles and allergens as small as 0.3 microns. This filter doesn’t only trap the little guys. It also sanitizes the air of larger pollutants like dust, pet dander, smoke, mold and even pollen.

Shoppers can’t stop raving about this product. One shopper compared it to two much more expensive options. He concluded that it’s the “most effective” of the three.

“I’ve owned three air purifiers in my lifetime: a Winix, a Honeywell and this Levoit Core 300,” the five-star reviewer wrote. “Despite having the lowest listed power of the three and being half as expensive, this Levoit is by far the most effective.”

The same shopper said he saw the Levoit option cleaning the air in real-time — a detail that he didn’t see with the other two. He admitted that seeing the process happen before his eyes was “very satisfying.”

“Unlike my previous two purifiers, I can actually see the dust being sucked in through the device and into the filter,” he wrote. “With the other two purifiers, I just sort of assumed they were helping even though they didn’t seem to be taking in any dust particles.”

Shoppers had few cons for this device. However, some said they would’ve loved if it had Wifi and smart plug compatibilities.

If you enjoyed this story, check out these seven pieces of workout gear that will make sure you never drop your phone again.

More from In The Know:

How to teach Black History beyond February

8 best office chairs for working from home, according to reviewers

I understand why over 18,000 Amazon reviewers love this touch desk lamp

The post This No. 1 best-selling air purifier ‘removes dust from the air’ before your very eyes appeared first on In The Know.