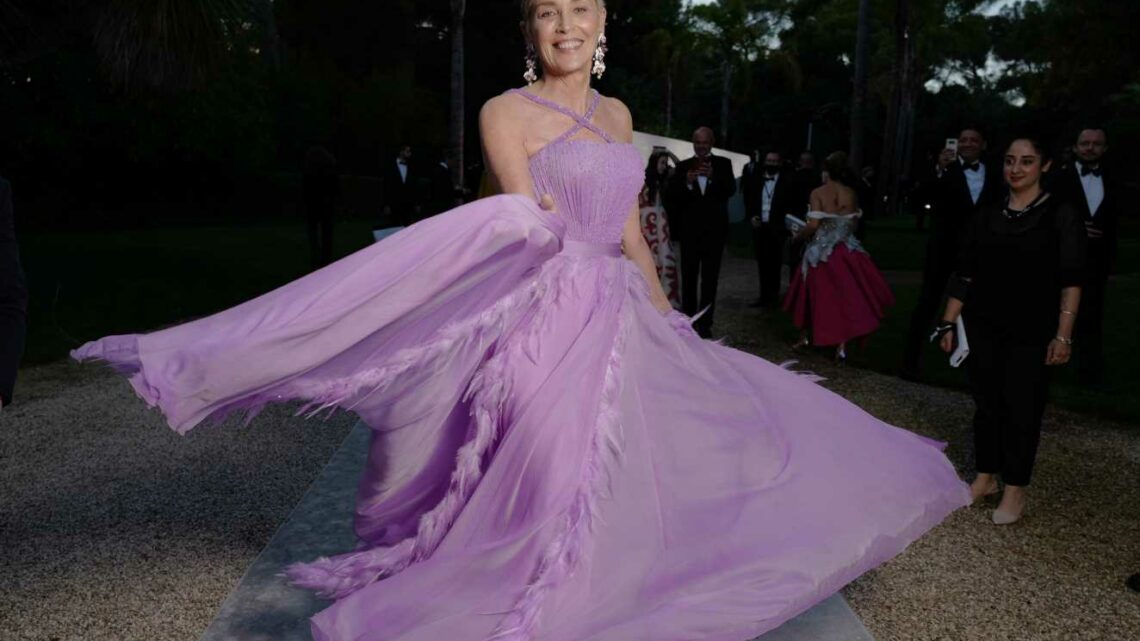 CANNES, France – The annual amfAR gala brought a bit of glamour back to Cannes, with a dinner and fashion show at the Belle Epoque Villa Eilenroc in Cap d’Antibes, and an emotional Sharon Stone as host of the evening.

The long-time activist took to the stage to the somewhat bewildering tune of The Verve’s “Bittersweet Symphony” to celebrate her return as host after a seven-year absence. Going off script, she asked for a glass of Champagne to toast the audience. “We’ve been on this journey together for so long and for so many years, we didn’t know what was going to happen,” she said of advances in AIDS research. “I am so damned proud to be standing here with you.”

The Carine Roitfeld-curated fashion show gave a much-needed injection of energy to the evening, which started off subdued due to unseasonably cold wind and rain. Joining a bevy of models including Stella Maxwell on the runway, Roitfeld’s daughter Julia Restoin Roitfeld walked in Chanel, while “RuPaul’s Drag Race” star Miss Fame rocked in a white Louis Vuitton suit, despite a damp runway. A model took a tumble and a few simply removed their shoes.

All the Looks at the 2021 Cannes Film Festival

Roitfeld pulled together the show on short notice by calling on longtime supporters including Balmain, Celine and Dior, as well as new designers Alled Martinez, Ludovic de Saint Sernin and Nensi Dojaka.

“It’s like the first day of school, you know when you are all back together and really excited and having fun,” Roitfeld said of the atmosphere backstage. “It’s the biggest show in public in a long time, I think. There have been shows, but not with many people. This is the first big show with an audience. I haven’t been with so many people since a long time, to see these happy faces and smiling faces – we feel the good vibes.”

With Miss Fame walking alongside James Turlington and Alton Mason, the show expanded traditional notions of beauty, said Roitfeld. “I want to push different bodies and different types of beauty,” she said. Casting was assisted by Piergiorgio Del Moro. 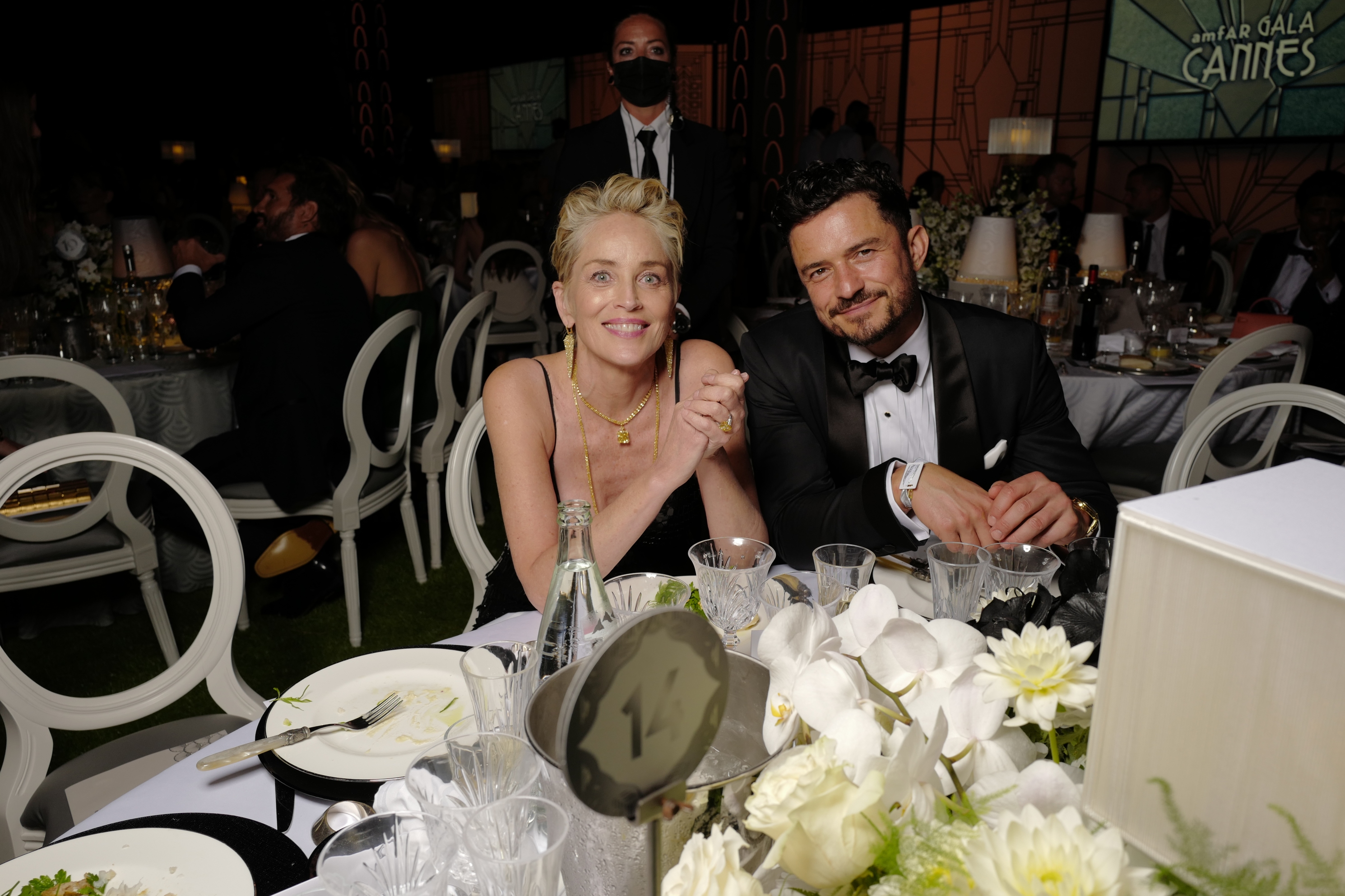 Ellen von Unwerth, in a silver sequined suit, celebrated the return to dressing up. “Everyone looks so incredible after being so frumpy for one year and a half,” she said. The photographer reconnected with Stone after working together twenty-plus years ago. She admitted to sometimes getting a little bit starstruck. Who could possibly intimidate the peroxide blonde photographer? “I think Madonna. It’s like two blondes and there’s a little bit of rivalry there,” she joked.

While she took the last year to slow down, it’s now back to business. Von Unwerth is working on a new book about the ‘90s supermodels, since the looks of the era are back in style. “People still dream about that time and about those girls and that fashion, and everybody wants that big hair again,” she said. It will be published by Taschen before the end of the year.

Brosnahan was in a custom Vivenne Westwood gown. The apricot frock is part of her new collaboration with stylist Law Roach. “We are new bedfellows. He has a really special eye. I had been a fan from afar. He creates such a unique look for each one of the clients that he works with, and I feel very lucky to be in his aura right now,” she revealed. The actress is heading “to the desert” – which one was not disclosed – for a shoot, but will protect her pale skin. “I am an SPF100 girl all the way.” 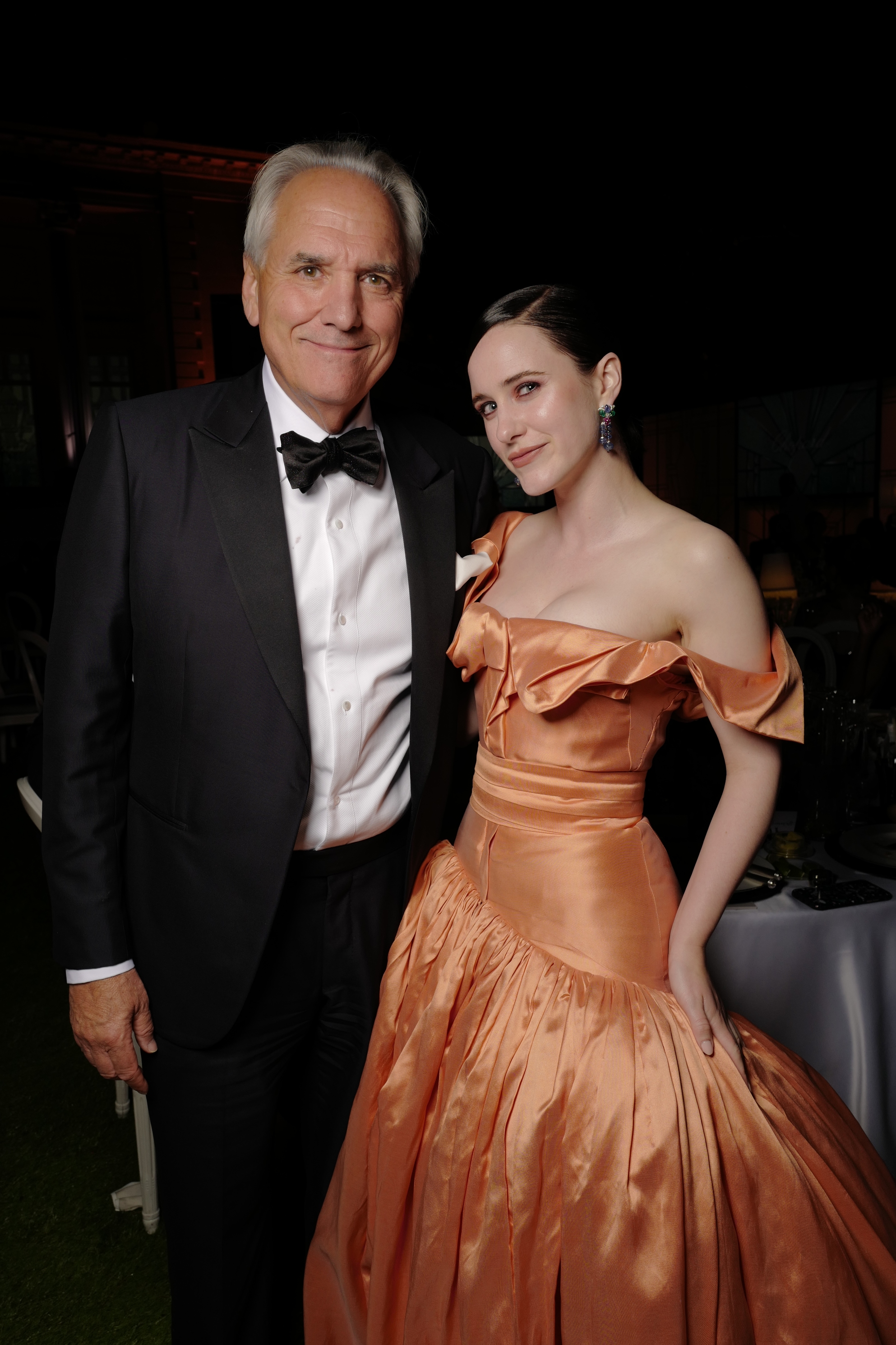 There were moments of levity in what was a somewhat chaotic night. Guests, perhaps overly enthusiastic about being at a social gathering for the first time in months, could not be corralled and tabled-hopped despite increasingly desperate pleas from the auctioneers. Bloom chatted with artist Vasily Klyukin, and “Emily in Paris” star Lucas Bravo palled around with Hough.

The post-1 a.m. appearance of Alicia Keys united the guests in front of the stage for a set including hits including “If I Ain’t Got You” and “Fallin’” for her first post-pandemic performance.

“Seeing as this is my first show back, tonight is really about hope, and tonight is about just the way that if you believe in something, you can make anything happen. I think we are all a living, breathing example of that,” she said.

And yet there were still hours of auctioning for at least a dozen more items left to go after Keys. A painting from Chloe Wise went for a cool 175,000 euros, a Kennedy Yanko sculpture went to Swizz Beats for 350,000 euros, while a golden armored car from Sacha Baron Cohen’s 2012 film “The Dictator” sold for 200,000 euros. The evening raised over $11 million for the research charity. It was also the first time the event accepted cryptocurrency, taking Bitcoin or Ethereum as legal tender.

Stone planned to share a late-night snack with son Roan after the event. “I never get to eat at these things, so we always order pizza. It’s a tradition,” she said. Still, the 2.30 a.m. ending time might have been a bit late even for Stone, who was ready for bed in her final costume change of the night. She took to the stage in a flowing floral robe for the last items of the night. “I know it’s late, that’s why I’m wearing my pajamas.” While Stone retired, guests with tired feet still had to wait upwards of an hour for their cars. 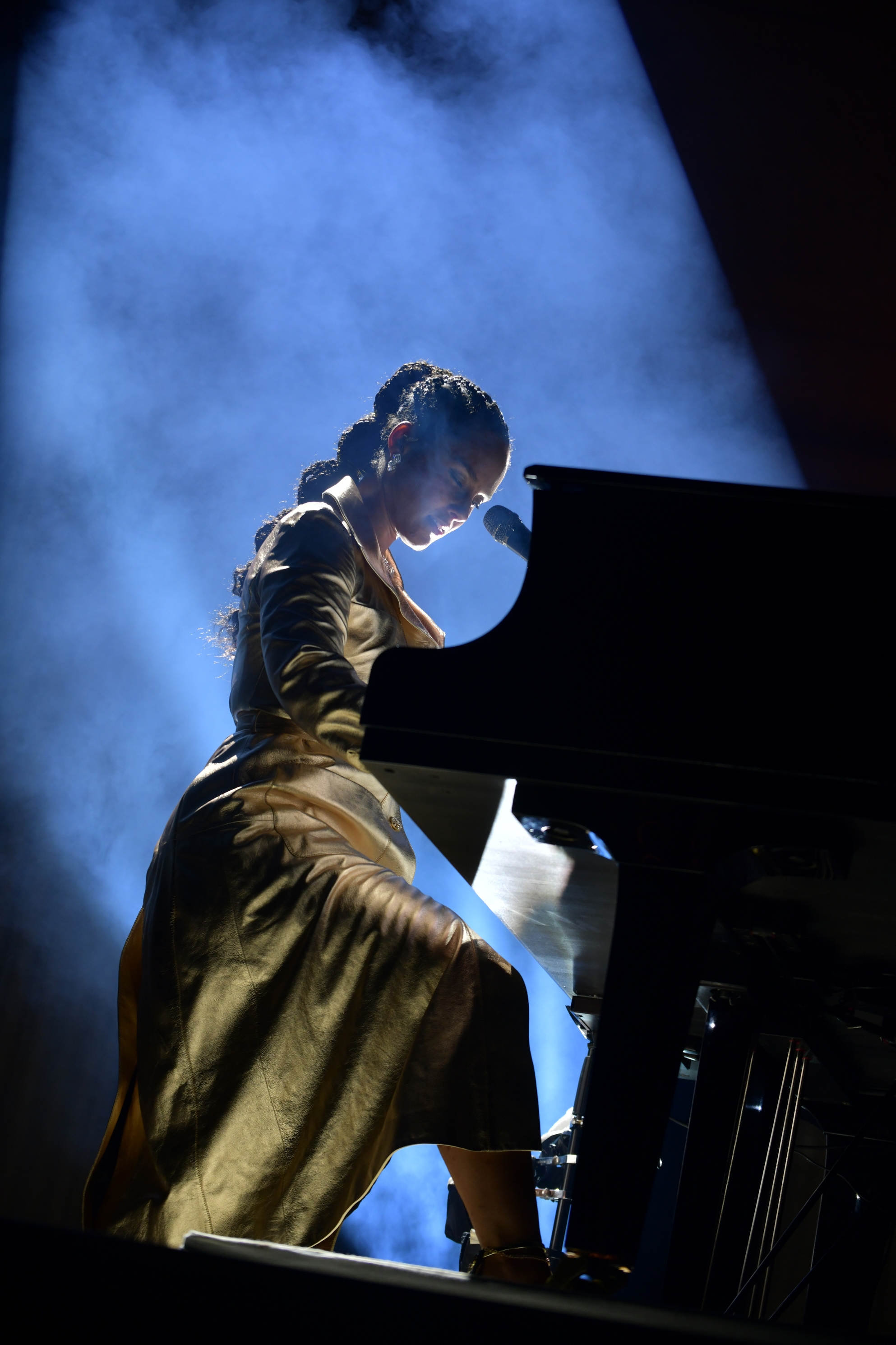