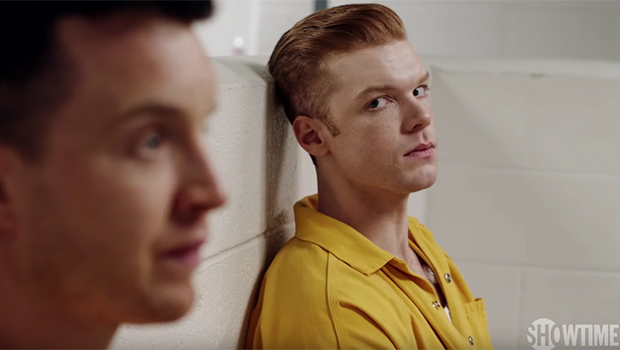 The Gallaghers are back for their 10th rodeo. The hit series returns for season 10 and the new season is bringing major changes. From Ian and Mickey’s reunion to Lip being a dad, season 10 is going to be a roller coaster.

Gallavich shippers, buckle up! “We need a break,” Ian says to Mickey in the Shameless season 10 trailer. Mickey quickly claps back, “Are you dumping me?” There’s no way that we reunite Gallavich only to have them break up, right? There has to be more to the story.

The other Gallaghers are dealing with their own fair share of complications. Debbie is now the HBIC of the Gallaghers and she wants everyone to know that she’s not Fiona. Meanwhile, Carl and Kelly may be having a pregnancy scare. “This is what you do when a condom breaks,” Kelly says as she jumps up and down.

Lip is doing new dad things and he’s trying to give up smoking. The keyword here is trying. He’s also exhausted by all this parenting. He admits to V that he fell asleep while taking care of the baby and she stresses that he can’t do that. “I’m tired,” he says. She quips, “Welcome to parenthood.” As for Frank, he’s just being Frank Gallagher. Even though Fiona is no longer around, her presence is still felt. You can see Fiona calling Debbie in the opening moments of the trailer.

The 10th season will pick up 6 months after the season 9 finale. The synopsis for season 10 reads: “Frank uses his leg injury to collect as many prescription drugs as possible, and his exploits lead him to an old friend. Emboldened by the $50,000 left to her by Fiona, Debbie has stepped in as the family’s new matriarch, ruling over the Gallagher household with an iron fist. Lip navigates his relationship with a newly affectionate Tami. Carl has to decide what to do with his life as he finishes military school and heads back to the South Side. Liam is committed to learning more about black history and culture under the tutelage of V, as Kev faces an identity crisis. Gallavich returns this season as Ian and Mickey rekindle their romance in prison as both cellmates and lovers.” Shameless season 10 will premiere Nov. 10 on Showtime.

Report: NFL determines if Antonio Brown will be eligible for Week 2

Temple on Sky cast: Who is in the cast of Temple?
World News