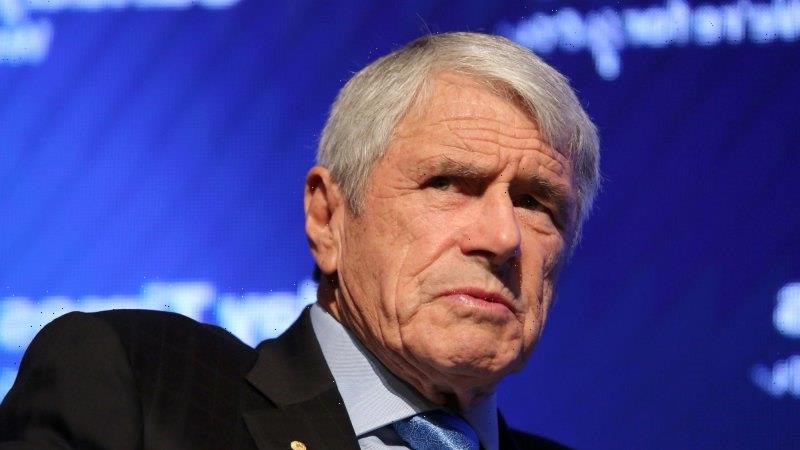 The Seven Network is standing by its senior executive Ben Roberts-Smith, saying the former soldier denies new allegations that he attempted to cover up police and military investigations into alleged war crimes.

Mr Roberts-Smith has been caught on secretly recorded audio lauding his media mogul boss, Kerry Stokes, for financing his fight to “destroy” those in politics, the media and the SAS who have accused him of war crimes. 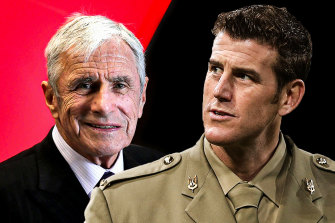 A joint investigation by The Age, The Sydney Morning Herald and 60 Minutes has also revealed allegations that the accused war criminal dug a hole in the backyard of his house and buried USB drives inside a pink plastic children’s lunchbox, hiding them from both police and military investigations. The USB drives contained images of soldiers misbehaving at a makeshift bar in Afghanistan, as well as classified documents and videos.

In separate secret recordings, which were lawfully made, Mr Roberts-Smith revealed his disdain for the business he helps run, his dislike of his fellow Seven executives and his incredulity that he is still running the company’s Queensland operations despite being at the centre of a war crimes scandal.

Mr Stokes, who is also chairman of the Australian War Memorial, has provided significant financial support to the former special forces soldier to form an expensive legal and public relations team to combat the allegations investigated by the military Inspector-General and detailed in media reporting in The Age and Herald. Mr Roberts-Smith is running a defamation case against the mastheads.

In a statement, the Seven Network said it noted the denials of the Victoria Cross recipient.

“Insofar as most of the material aired is old, Seven notes that it is before the Federal Court and the court process should be respected,” the company said.

“Insofar as new allegations are made they do not appear to be supported by evidence. In the circumstances Seven does not need to reconsider its position concerning Mr Roberts Smith and him continuing in his position.”

The company said Mr Roberts-Smith held “grave concerns” as to whether the broadcast was an “attempt to intimidate him into not proceeding with his case” against the newspapers and reporter Nick McKenzie.

“The allegations aired this evening are baseless. These allegations are not supported by any evidence filed by Mr McKenzie and Nine in what has been an extensive pre-trial process,” the company said. 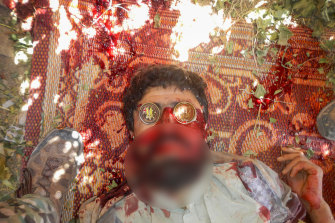 “Mr Roberts-Smith denies that he has engaged in any unlawful conduct and he will not be intimidated by Mr McKenzie or Nine into not continuing with the Federal Court proceedings against them.”

In the secret recordings, Mr Roberts-Smith described how the influence of Mr Stokes had forced those who supported scrutiny of the accused war criminal to back down.

“They seemed to have smelled blood in the water and thought, ‘Oh, Roberts-Smith is going down, we’ll f—ing chime in.’ I’m talking politicians and all kinds of people,” he said.

But after it became known Mr Stokes supported him, these same critics “are like, ‘Oh, thanks Kerry, glad you can help Ben out’. What the f— is that? You wanted me to go down, you piece of shit.”

The images which were previously in the possession of Mr Roberts-Smith included photographs showing a senior commissioned SAS commanding officer simulating a sex act with a high-ranking soldier using an object taken from a model camel.

Another image is one that shows what former defence force chief Chris Barrie told The Age, The Sydney Morning Herald and 60 Minutes was credible evidence of the war crime of desecrating a corpse.

According to multiple sources familiar with the matter, federal police who are conducting war crimes investigations into the war hero have since obtained the contents of the USBs.

'The Facts of Life': At Just Over 200 Episodes, the Show's Finale Set an NBC Record
World News