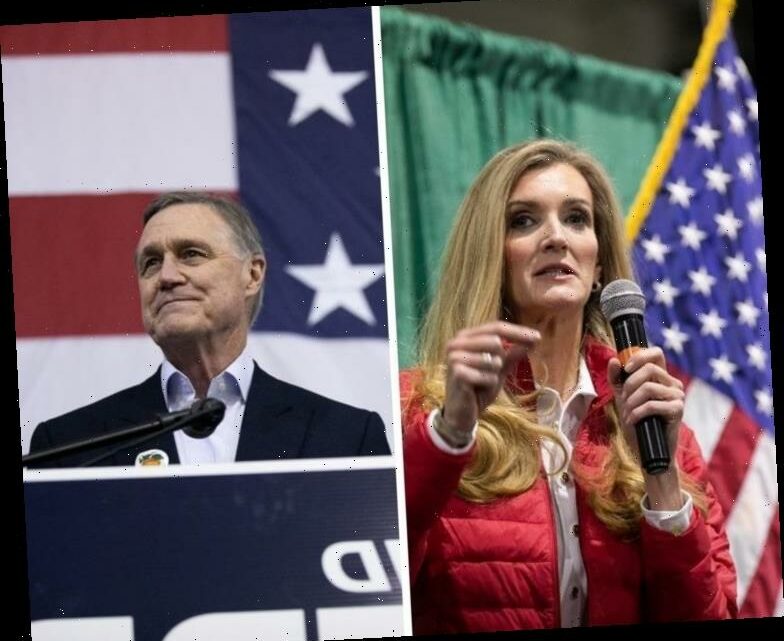 Georgia Republican Senators Kelly Loeffler and David Perdue have issued a strong statement in support of the Atlanta Braves name. The baseball team has not announced any plans to change its nickname but the lawmakers’ statement comes as the Cleveland Indians are preparing to change theirs.

“We adamantly oppose any effort to rename the Atlanta Braves, one of our state’s most storied and successful sports franchises,” they said Monday. “Not only are the Braves a Georgia institution – with a history spanning 54 years in Atlanta – they’re an American institution.”

Statement from @Perduesenate and me on our steadfast opposition to renaming the Atlanta @Braves. #gapol #gasen pic.twitter.com/L3axKziBri

The GOP senators, who are both facing state runoff races next month, said the Braves’ name “honors our Native American heritage” and it should “not be erased.”

The senators said the Braves should not “cave to the demands of the cancel culture and the radical left.”

The Braves told the Atlanta Journal-Constitution on Monday and in July that it was standing by its name. However, officials told the newspaper that they were “discussing” the controversial tomahawk chop chant at the start of games, but still intend to keep it as a logo.

The name, first used in 1912 by the team, was a term for Native American warriors that was used during the First Nations War. However, criticism of the name and tomahawk chop are not new.

The National Congress of American Indians have called on the Braves to change their name and end the use of the chop, saying it’s “offensive to us” and it doesn’t reflect the diversity and history of more than 570 tribes. St. Louis Cardinals pitcher Ryan Helsley, a Cherokee Nation member, criticized the use of the chop last year during the National League Division Series.

“I think it’s a misrepresentation of the Cherokee people or Native Americans in general,” Helsley said. “Just depicts them in this kind of caveman-type people way who aren’t intellectual. They are a lot more than that.”

Cherokee Nation Principal Chief Chuck Hoskin Jr. told CBS News in statement, in part, “While some team names may not appear derogatory or offensive as others, the usage and imagery misrepresents the culture of our people.”

“All across the United States, fans embrace stereotypes of American Indians — war bonnets, face paint, crying war chants and making tomahawk-chopping gestures — and mock our culture as though we are vestiges of the past. This does not honor Cherokee traditions, nor do they honor our fellow Native brothers and sisters,” said Haskin, who oversees the largest of the three federally recognized Cherokee tribes in the United States.

Lucian Sneed, principal chief of the Georgia Tribe of Eastern Cherokee, a sovereign nation remaining on a small portion of their original homeland around Cherokee, South Carolina, told CBS News on Tuesday that they are “supportive” of the Braves name.

“The use of the name Braves elevates the Native Americans,” he said. “The Best of the Best. To be a Brave is Supportive of what it means to be a BRAVE. The BEST of the BEST.”

The Braves recognized Sneed on Veteran’s Day this year and posted information about the tribe and its culture on the team website. The team also announced the release of a Cherokee syllabary t-shirt with proceeds benefitting the new Kituwah Academy and the tribe.

Multiple sports teams have changed names or banned in-game practices deemed offensive to Native Americans. In addition to the Cleveland Indians looking to change their name, the Kansas City Chiefs banned fans from wearing headdresses or face paint and the Washington Football Team shed the “Redskins” moniker and logo.