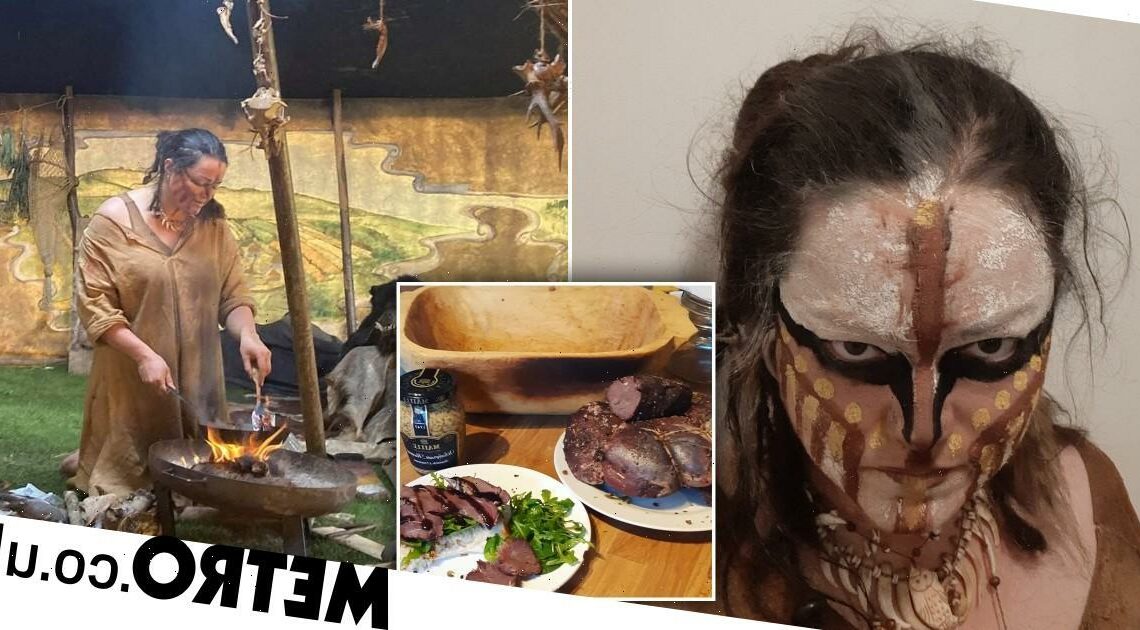 Self-proclaimed cavewoman eats roadkill and sleeps in a tent 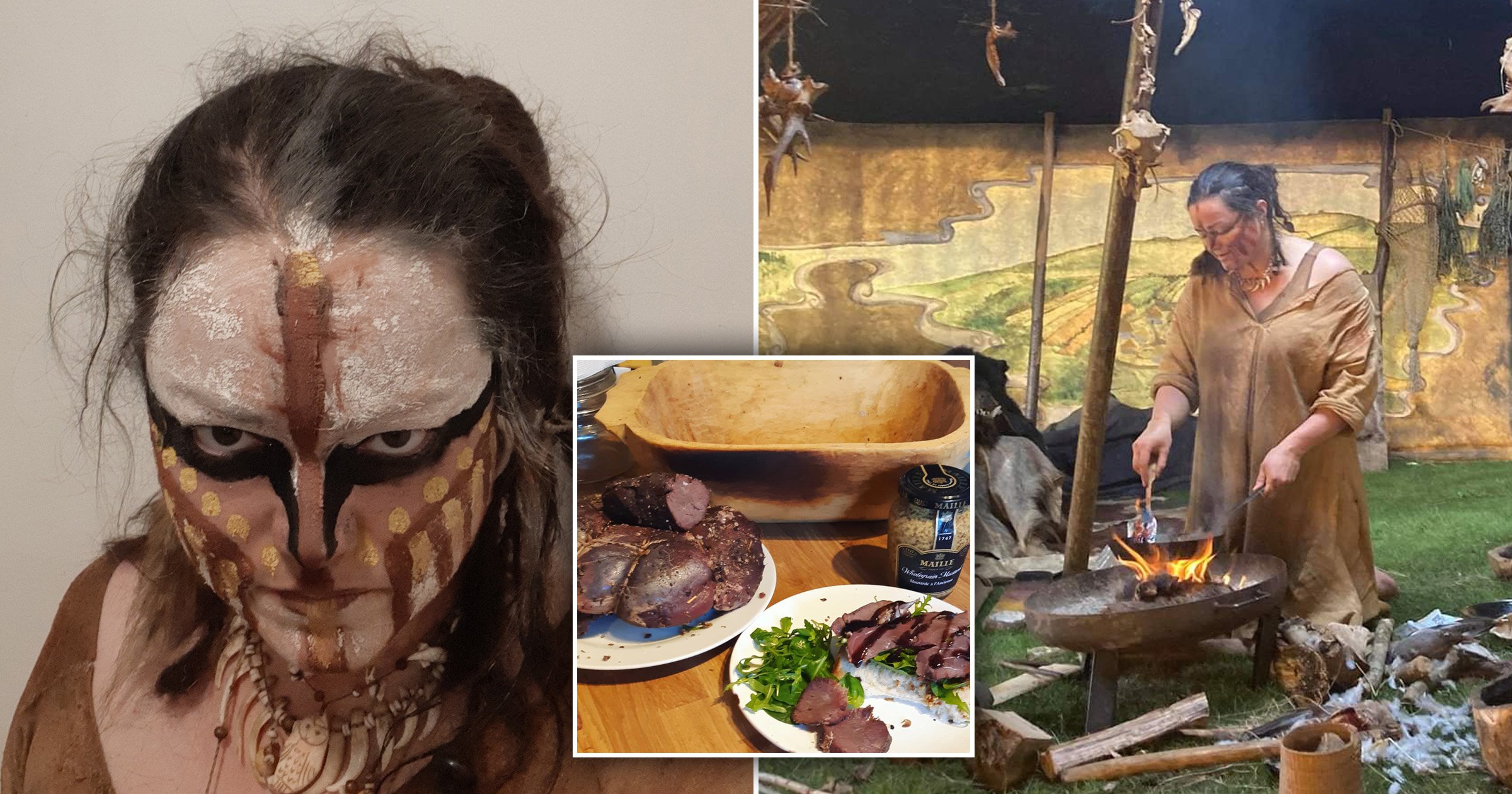 Have you ever wanted to give up on modern living and go full-blown caveperson?

One woman, 43-year-old Sarah Day, has gone back to our hunter-gatherer roots after becoming fascinated with survival and the stone age as a child.

Despite having an ‘official’ home in the middle of a town, Sarah, from Colchester, Essex prefers to sleep in a tent and, for the most part, live off the land.

As well as foraging fruits, vegetables, herbs and medicinal ingredients, like willow bark and resin, Sarah also eats roadkill at least once a week.

‘My freezer is full of roadkill finds, which is handy during the winter as I can defrost the deer or rabbit to make a hearty stew,’ she said.

Among the roadkill she will eat is rat, squirrel and pigeon, which is like a ‘really good beef steak.’

She only eats roadkill that has been on the road for under 24 hours.

‘Sometimes roadkill is simply too damaged,’ she adds. ‘But if it is still juicy and warm, and largely intact, then it is good to go.’

Though she admits, she still shops for meat in the supermarket: ‘You’re not likely to find a roadkill pig,’ she says. Fair enough.

But hunting for roadkill isn’t just about eating.

Sarah says: ‘When I am given an animal or find roadkill, my philosophy is to use as much as possible.

‘I use their bones to make tools and weapons.

‘I keep the skull as they are amazing bits of engineering.

‘I don’t see any harm in doing this as it has died anyway rather than it get skinned in any other way.’

Sarah has long been fascinated with learning survival skills such as building shelter, eating roadkill and starting fires from scratch.

She now teaches children history and survival skills for a living.

‘I made my very own sleeping bag out of reindeer skin,’ she adds.

‘I have also made a selection of clothes from roadkill for work.

‘I am currently soaking salmon skins in 100 old tea bags to make leather.’

She has also learned to create herbal and natural remedies.

She says: ‘I tend to forage plants and fruit but it is so important to do your research as you can end up very sick.

‘I like to test how plants work for coughs and headaches rather than going to a chemist.

‘I forage medicinal things such as willow bark; it can be eaten but is revolting – better made into tea for a headache.

‘I also combine rosemary, sage and thyme, meadowsweet which contains an aspirin-like chemical that helps with a cough.

‘The Amber-like resin that comes out of a cherry tree helps coat a sore throat, reducing pain.

‘Cramp bark is also amazing for period pains – I didn’t want to believe it would work, but it really does!’

Still, she admits, living like a cavewoman is far from fun.

‘I have lived off the land before for a few days and you don’t feel like an amazing hunter,’ she adds.

‘You feel exhausted and achy.

‘It is an effort to lift your feet up – it’s not like a film.

‘It is all about working smart, the more you practice the better you become.

‘I think survival has become sensationalised, it’s not about running around and climbing waterfalls – the better you are, the more chilled you are.’

‘You should never be alone as it’s hard to provide for yourself alone in any historical period – you need other people to help build stuff and hunt.’

‘You can’t live without it: It is not only essential for warmth, cooking and scaring biting animals away but fire is needed for bending wood and making glue.’

Sarah adds: ‘There is no need to rush, it isn’t a movie.’

‘Even drinking stream water without sterilising it can be harmful, so do your research!’

‘Never underestimate how hard it is.’

Where to buy the Hotel Chocolat Velvetiser for Christmas