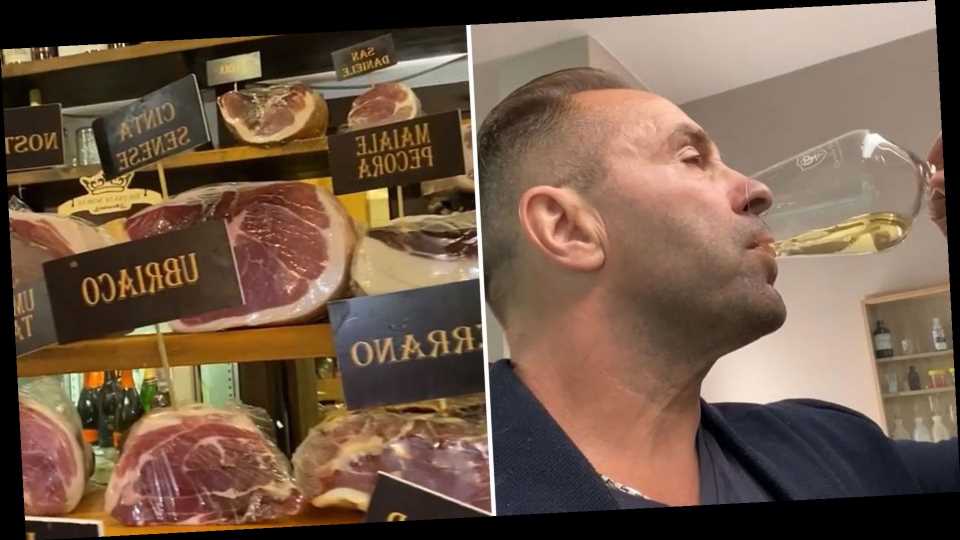 See Everything Joe Giudice Is Eating in Italy: Wine, Gelato and More

Joe Giudice is making the most of his new life in Italy! The Real Housewives of New Jersey alum requested to be deported to his home country in October 2019 while he awaits a verdict on whether he can return to the United States. Though the move caused him to be away from his daughters — Gia, Gabriella, Milania and Audriana — whom he shares with estranged wife Teresa Giudice, he’s learned to enjoy his time in Europe.

One of the first ways Joe became better acquainted with Italy was through the country’s food. During his time there so far, he has tons of food photos on social media including those featuring pasta, pizza, calamari, gelato and more.

In fact, when Teresa and the girls first visited Joe abroad in November 2019, one of the first things the family did together was sit down for a meal, which was captured on the season 10 finale of RHONJ. Though Us Weekly confirmed Joe and Teresa split in December 2019, when his children went back to Italy for Christmas that month, he continued to show them some of what the country had to offer.

On Christmas day, for example, Joe prepared some homemade calamari for his girls and then treated them to some gelato from a local store.

Even when he is vacationing, Joe has food on the brain. In February 2020, he took a trip to the Bahamas and hinted that he might open his own restaurant in the tropical locale in order to be closer to his children. “I’m over here in the Bahamas, Nassau … We’re over here at Tonino’s,” he said in an Instagram video at the time.

Gesturing to his company, Joe continued, “This is a friend of mine that came and saw me in Salerno, same situation as me, and he’s got a great little place here, and [I’m] possibly thinking about doing something out here in the Bahamas to be closer to the family.”

Additionally, Joe dropped some hints about a mysterious “venture” that saw him tasting some wine in March 2020.

If the businessman does decided to open a restaurant, however, his former brother-in-law Joe Gorga, who briefly had an eatery of his own, won’t be dishing out any advice. “He won’t listen to me,” Gorga told Us exclusively in February 2020. “Joe is going to listen to whatever he wants to do. I don’t talk about business with him.”

Scroll down to see an array of Joe Giudice’s Italian eats!

No Time To Die release date: Does THIS prove James Bond will be pushed back AGAIN to 2021?

You can now ask Alexa for good news every day from Metro.co.uk
World News