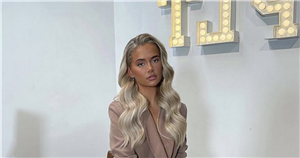 She may have been a runner up on 2019’s series of Love Island but since leaving the show Molly-Mae Hague has, arguably, become the programme’s most successful contestant to date.

At just 22 years old, the former Islander has distanced herself from the world of reality TV and has transformed into a household name, with every move she makes attracting headlines.

From encouraging other young women to rethink their relationship with cosmetic surgery after dissolving her lip filler to securing a series of lucrative brand deals, the ex-Islander is known for her authenticity and transparency.

Here are the secrets to her success, including the sacrifices she’s made along the way.

Do you love celebrities, fashion, home interiors and beauty? Then do not waste another minute of your time and sign up to our daily newsletter, where you will receive all that – and more – straight to your inbox at 5pm every day.

From exclusive at home tours, cleaning hacks, the latest in beauty trends – and of course, all the latest celebrity gossip, look no further.

Pop your email address in the box at the top of this article, and et voila! Enjoy

When Molly-Mae appeared on Love Island, her influencing career was already on the up.

Before going on the popular ITV2 show, she had 10,000 YouTube subscribers and around 170,000 Instagram followers. Determined to make her career a success, she even had her own agent.

Speaking on Steven Bartlett’s Diary of a CEO podcast, the businesswoman revealed that her following was rapidly growing organically and that she reckons she’d be “hitting a million followers” if she hadn’t appeared on the dating programme. Thanks to an £8,000 giveaway held on her social media channels in September last year, the star went viral as fans entered to win Apple and Louis Vuitton prizes. The competition alone generated over a million new followers.

‘I didn't go on that show to find love’

As someone who’s a self-confessed go-getter, the multi-millionaire admitted that entering Love Island was never about finding romance and was something she did to “enhance her career” – an approach she credits as helping her find partner of two years, Tommy Fury.

Speaking to the podcast, she added: “It is tricky for me to say the right thing without upsetting people but, put it this way, I didn’t go on that show to find love.

“No one does! People go on it for the experience, people go on it for a laugh. And I think, because I went on there with a completely probably incorrect mindset, that’s why I did come out with a boyfriend. You know when you’re not expecting something it happens?”

With brands queuing up to work with the star, Molly-Mae has pledged to only endorse products that she uses herself, even if that means turning down mouth-watering sums of money.

In fact, the influencer revealed that she’d turned down £2 million from a high street brand as she wasn’t a fan of the company’s clothes.

Leaving the villa with 2 million followers, Molly-Mae was offered £350,000 and a Range Rover to work with Missguided. Instead, the Hitchin-born contestant accepted a £500,000 deal with Pretty Little Thing.

In August 2021, she became PLT’s creative director in a rumoured seven figure deal.

The entrepreneur has also worked with brands including EGO shoes and BeautyWorks, even having her own fake tan business, Filter by Molly-Mae.

As part of her quest to make it big, Molly-Mae has had to think about her priorities. Talking to Steven Bartlett, she explained that she’d rather spend her time making money than socialising with friends.

“It sounds savage but sometimes friends, they just – not cling on, but they don’t add much,” she said. In October, Molly-Mae and boyfriend Tommy’s Manchester home was targeted by burglars, with the thieves reportedly taking over £800,000 worth of belongings.

The reality TV star now has 24/7 close security, doesn’t wear jewellery and refuses to post any pictures of her new home on social media.

“It's finding this new way of living, and having close protection security now, and moving and making sure not even my nail tech so much as comes to my house.