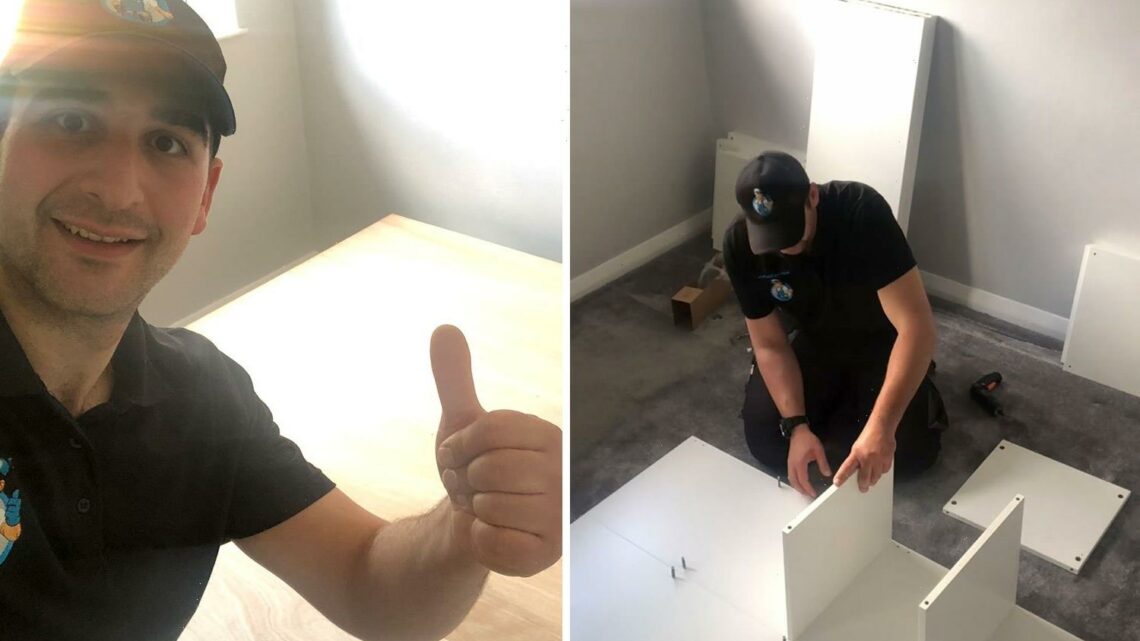 A DAD-of-two has made a bed using Ikea shelves, with a video of his DIY masterstroke becoming an online hit.

Joel Seshold was made redundant during the Covid-19 pandemic and was unable to afford new furniture. 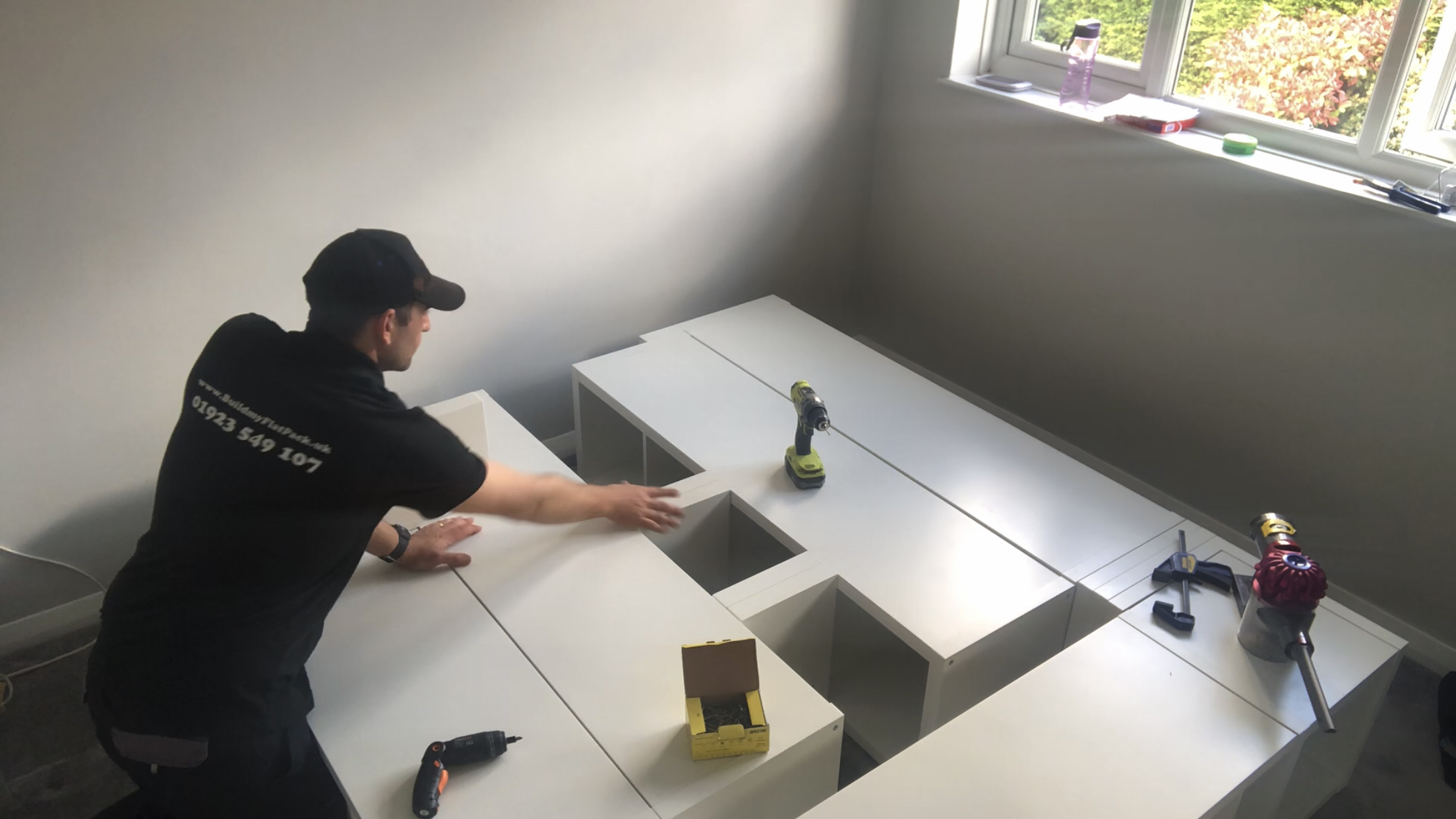 Joel, who lives in Borehamwood, Hertfordshire, with his wife Natalie and their two daughters, took up DIY as a hobby after being furloughed.

He got even more into it after losing his job as a marketing manager – and the bed project took him just one day to complete.

Joel said: “I got the idea for our bed after seeing someone make a kids 'den' bed out of Ikea Kallax shelves.” 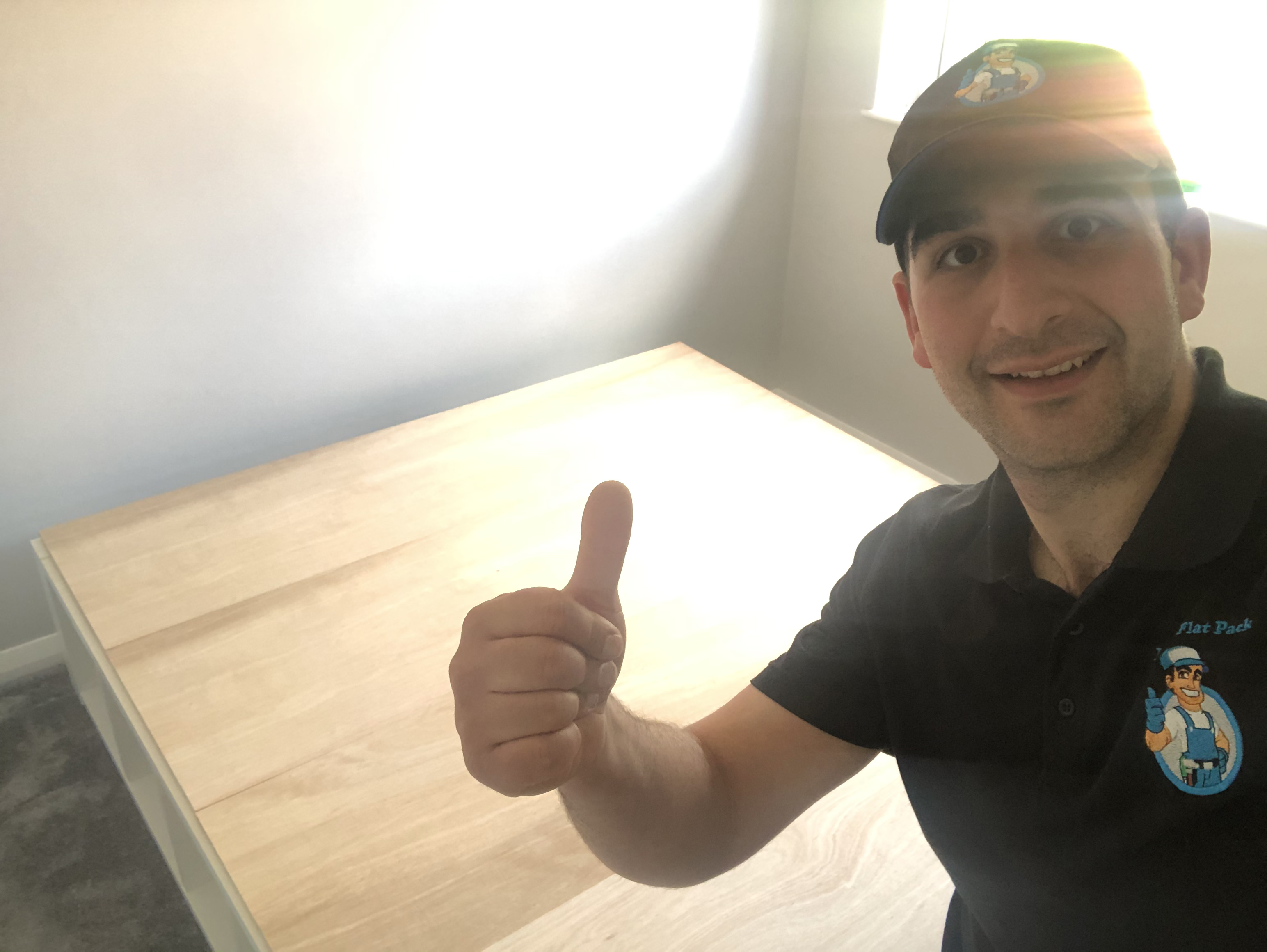 After doing some research, Joel found other people had made a classic double using shelves, but no one had attempted a super king.

DIY became a full-time job after his redundancy, so he began making furniture for people through local community Facebook groups.

He shows of his handy work on his Instagram – @buildmyflatpack.uk.

But when Joel was in need of a new bed, he decided to take the project on himself, instead of splashing the cash.

His genius hack saw him use a range of Ikea shelves as he worked out the dimensions on his own.

He said: “I spent a lot of time working out the dimensions trying to get the right combination of units to make a bed base that would fit the mattress dimensions.

“Unfortunately IKEA then ran out of stock of some of the units, so I had to make some amendments, which worked out quite well.”

Joel used 18mm plywood to help distribute the weight and stop the mattress from sliding. 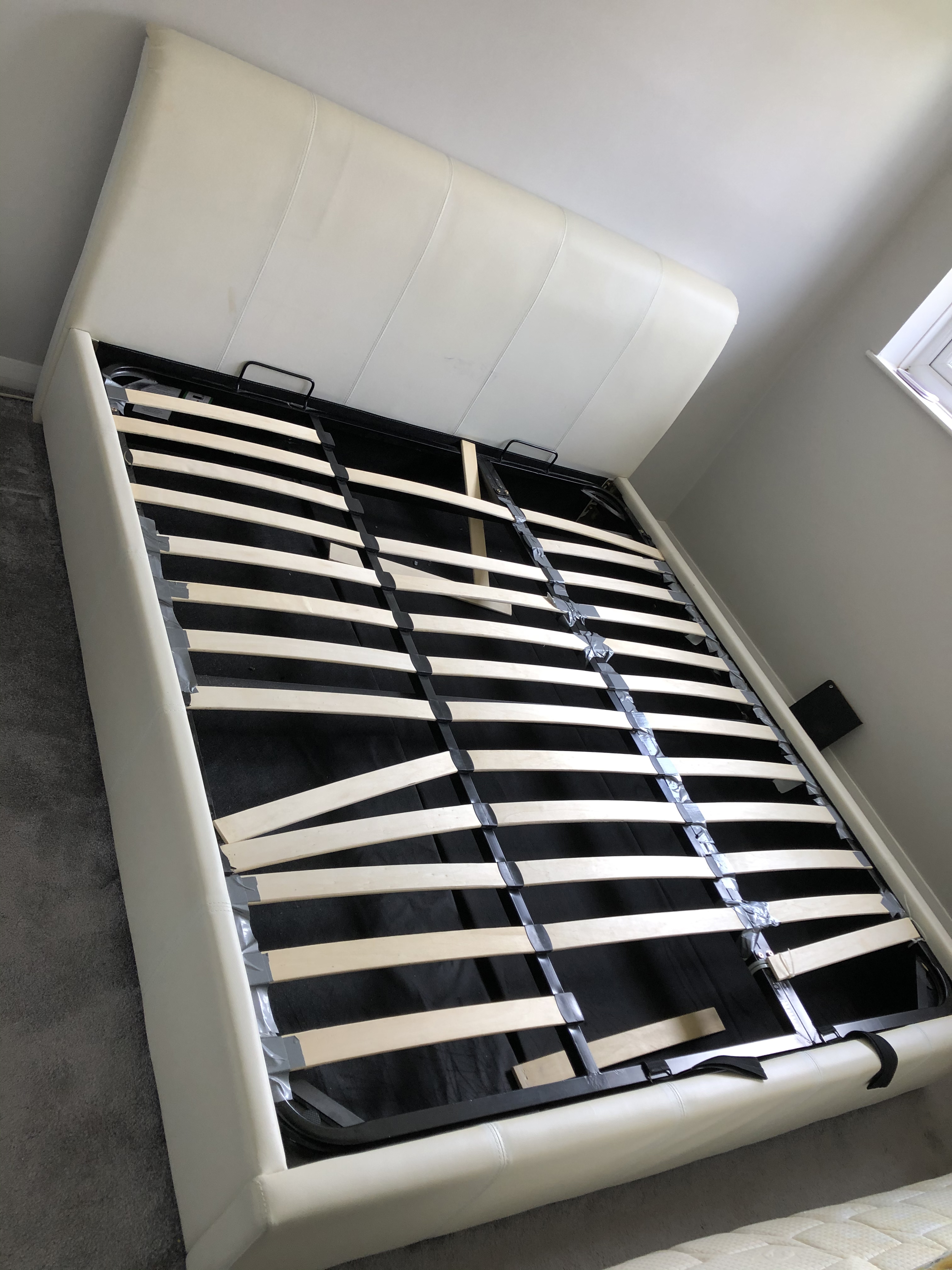 His unusual method saw him use four 1×4 Kallax units for the main base, allowing him to have double-depth storage.

The base was filled with additional supports made from Ikea Lack shelves and the foot end was made from two single Kallax cubes at either end.

Joel’s incredible creation was lauded by others, impressing DIY enthusiasts with his ingenuity.

One person commented: "That's so clever, love it."

Another joked: "Go steady when you're 'christening' it."

Joel couldn’t believe the response and is ecstatic that he has inspired others to take up their own DIY adventures.

He said: "I wanted to share my idea to show that you can have a large storage bed without having to empty the bank."

Joel shares a range of his inventions on Facebook and on his Instagram page for everyone to enjoy.

Check out how Stacey Solomon spruced up Rex's Wendy House.

Plus how this woman was quoted £450 for a staircase revamp did it by herself for a fraction of the price.

And how this savvy saver who was quoted £500 for new worktops did it herself for £21.

How Tom Thibodeau turned into perfect man to revive Knicks