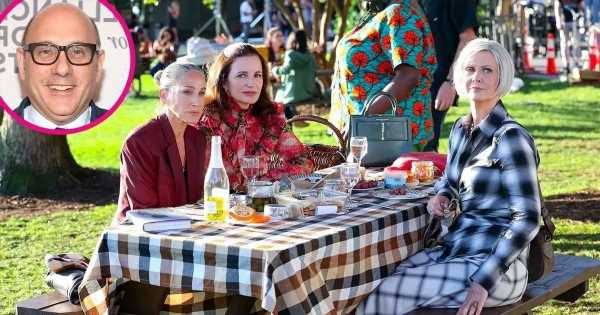 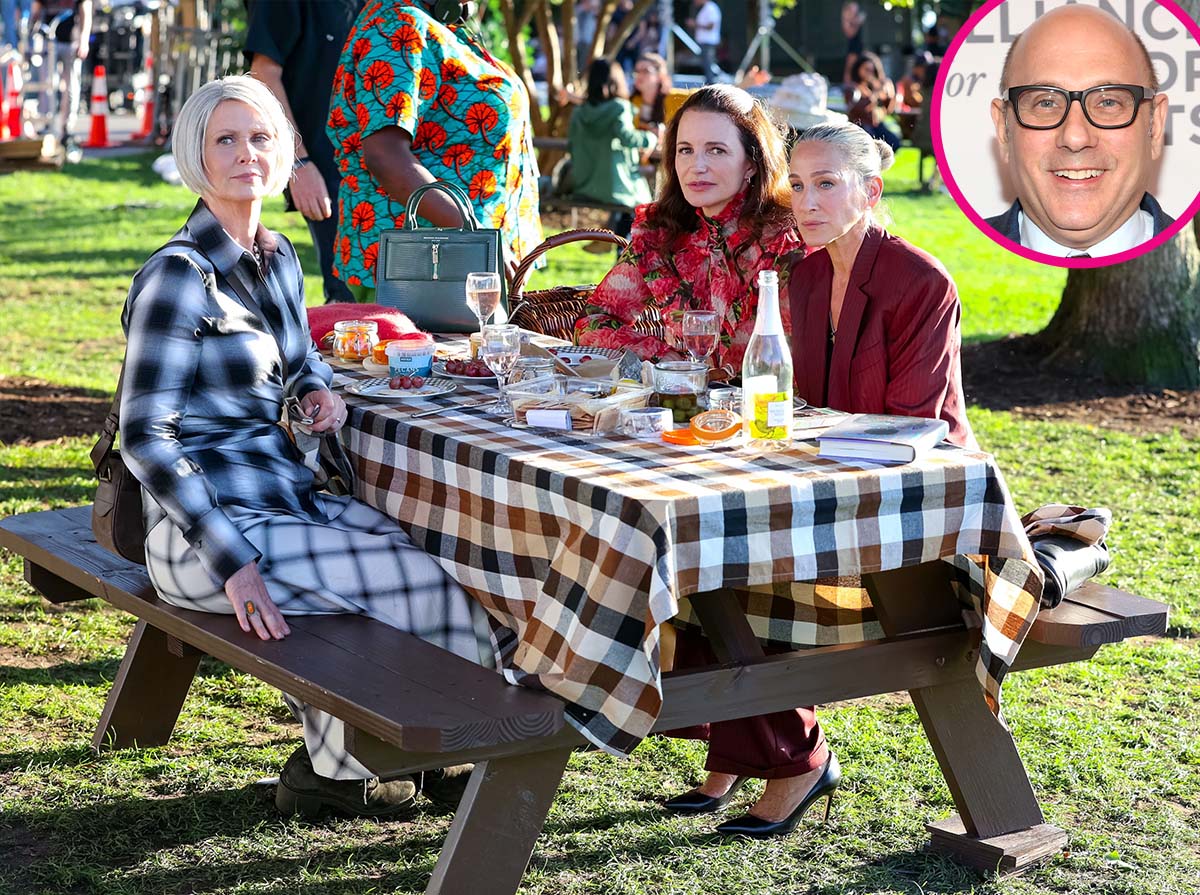 Working through the pain. Sarah Jessica Parker was spotted on the set of And Just Like That, HBO Max’s Sex and the City sequel series, a week after Willie Garson‘s death.

Garson’s son Nathen announced his death on September 21. The actor, who played Stanford Blatch opposite Parker’s Carrie Bradshaw, was 57. His cause of death was later confirmed as pancreatic cancer.

Parker, 56, was spotted in New York City on Monday, September 27, on the set of the revival. She wore a gray and maroon outfit alongside director Michael Patrick King as they filmed an outdoor scene.

While many of Garson’s beloved costars, including Chris Noth and Matt Bomer, took to social media right away to share their memories, the SJP by Sarah Jessica Parker designer waited several days before releasing a statement. 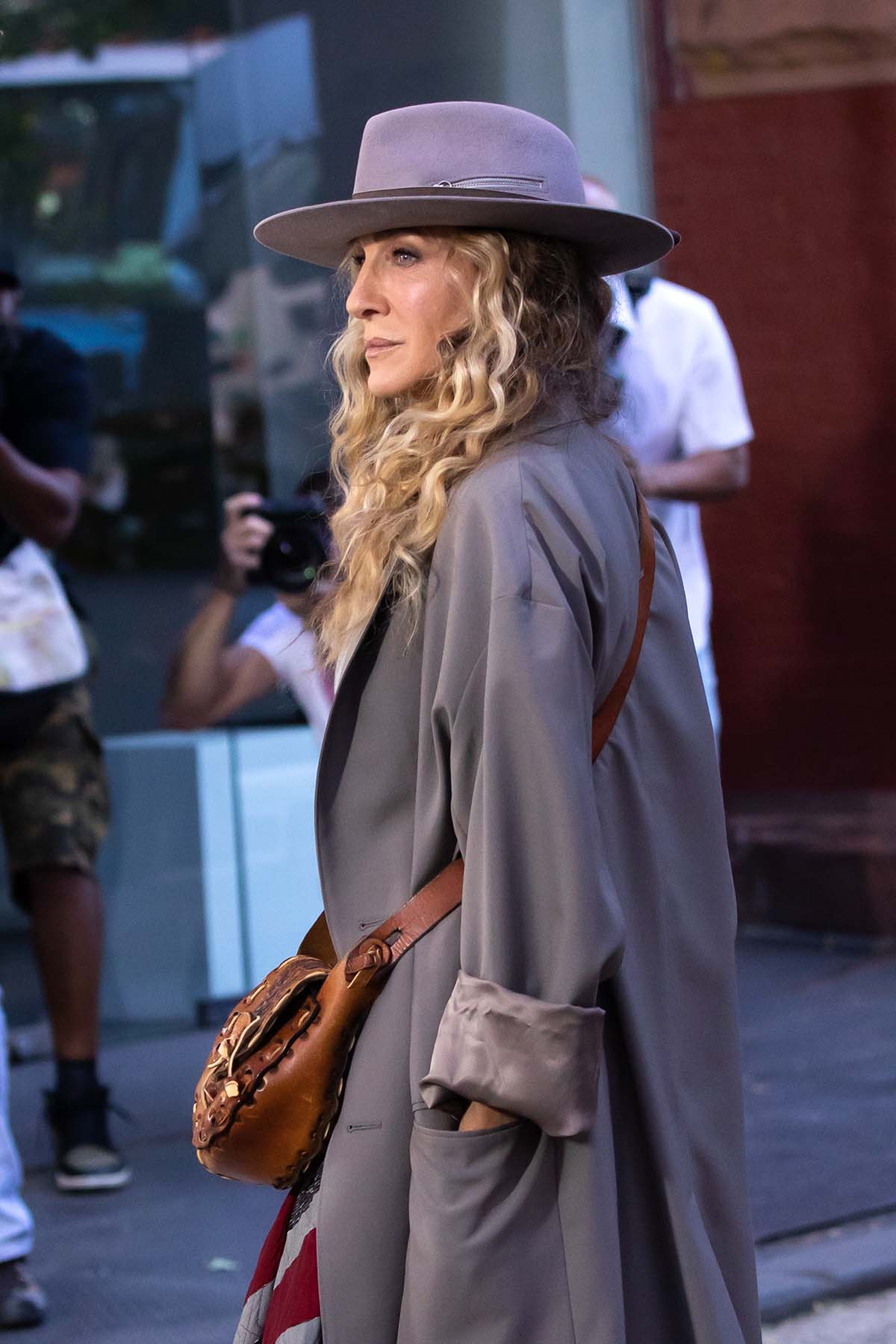 “It’s been unbearable,” Parker shared via Instagram on Friday, September 24, alongside a carousel of photos from their time together. “Sometimes silence is a statement. Of the gravity. The anguish. The magnitude of the loss of a 30 + year friendship. A real friendship that allowed for secrets, adventure, a shared professional family, truth, concerts, road trips, meals, late night phone calls, a mutual devotion to parenthood and all the heartaches and joy that accompany, triumphs, disappointments, fear, rage and years spent on sets (most especially Carrie’s apartment) and laughing late into the night as both Stanford and Carrie and Willie and SJ.”

The Emmy winner ended her tribute with a message to her late friend. “Willie. I will miss everything about you. And replay our last moments together. I will re-read every text from your final days and put to pen our last calls,” she shared. “Your absence a crater that I will fill with blessing of these memories and all the ones that are still in recesses yet to surface.”

The late actor was pals with parker for years before starring together on Sex and the City. In June, Garson told Us Weekly exclusively about his long-lasting friendship with the Hocus Pocus star, and he revealed that they still spoke regularly after more than 30 years of knowing one another.

“As you probably know, Sarah Jessica and I were friends for 10 years before the show. And we’re still the closest of friends,” Garson told Us at the time. “We talk almost every day.”

There has been an outpouring of love for the New Jersey native since his passing. One Tree Hill star Hilarie Burton revealed she’d gotten one of his signature phrases, “calm down,” tattooed on her in Garson’s handwriting before he passed. She also explained that she promised she’d help his memoir get published.

‘Sex and the City’ Cast: Where Are They Now?

“Recently he asked if I’d help his family get it published for his son Nathen,” she wrote via Instagram on Wednesday, September 22. “It is a love letter to our industry, to storytelling and to the hundreds of people he worked with and made better over the decades. To Willie’s family, especially @nathen_garson, … on my honor I will see it through. You have been so generous in sharing him with the rest of us.”

In lieu of flowers, Garson’s obituary requested that donations be made to the Alliance for Children’s Rights, which facilitates adoptions in L.A. County, and was a cause close to his heart.