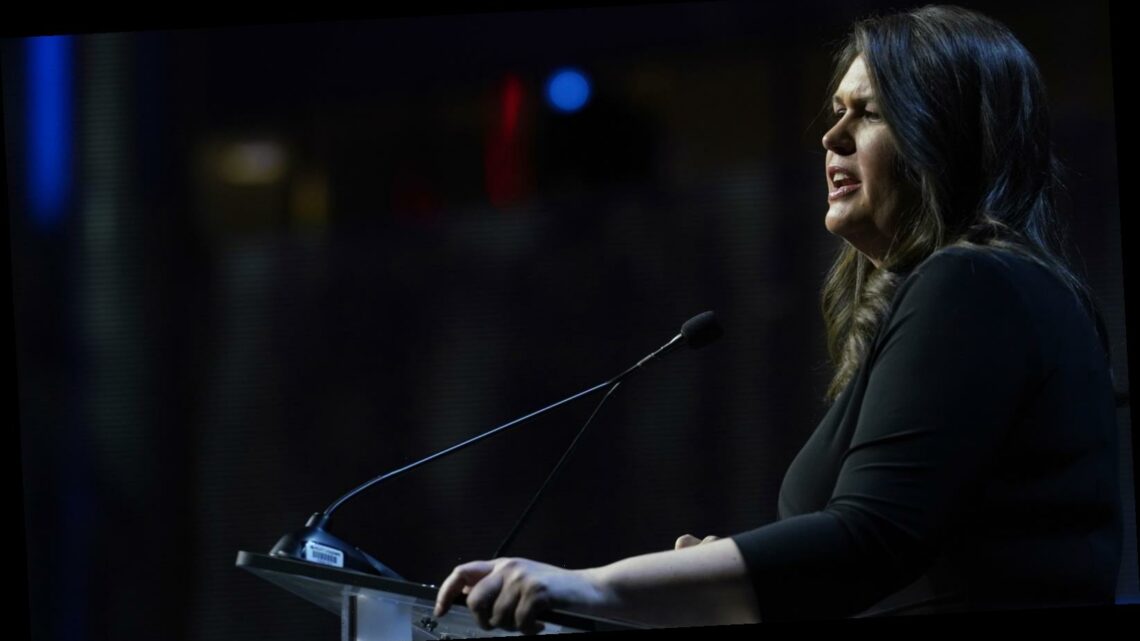 Sarah Huckabee Sanders Reveals Why She Left The Trump Administration

Sarah Huckabee Sanders became a household name as the press secretary for President Donald Trump, but after 2 ½ years on the job, she left in June 2019 (via NBC). But it wasn’t for a lack of wanting to continue the work, rather she told reporters at the time that she wanted to spend more time with her kids as well as saying that it would be ideal for a new press secretary as the reelection campaign ramped up (via Politico).

Sanders left her post with no hard feelings between herself and Trump. Then-President Trump tweeted at the time of her departure announcement, “She is a very special person with extraordinary talents, who has done an incredible job! I hope she decides to run for Governor of Arkansas — she would be fantastic. Sarah, thank you for a job well done!” (via Politico). And of her time as press secretary, Sanders said, “I’ve loved every minute, even the hard minutes” (via NPR).

Sarah Huckabee Sanders had her credibility questioned as press secretary

It looks like the former press secretary did in fact take up her former boss’ suggestion; Sarah Huckabee Sanders is back in the news today with her announcement she’s running for Arkansas governor, a position that was also filled by her father for over a decade. During her campaign announcement, she made the point that she was only the third woman and first mother to serve as White House press secretary.

During her time as press secretary, Sanders at one point went 94 days without a White House podium briefing, the longest at the time in over two decades; though that record was broken by Trump’s final press secretary Kayleigh McEnany who held a press briefing at the podium after a 400-day break, which included no press briefings given by her predecessor Stephanie Grisham (via Forbes).

While Sanders may not have addressed the public through the more traditional White House briefings, she was still a public staunch defender of Trump. She often made appearances on Fox News (via Politico), and she came under fire for staying pretty much in lockstep with Trump’s views — from family separations to hush money for women who Trump allegedly had affairs with (via CNN). Supporting what were sometimes shifting explanations and stories by the former president caused some to question Sanders’ credibility, with one reporter once asking her, “Were you lying to us at the time? Or were you in the dark?” (via PBS NewsHour).