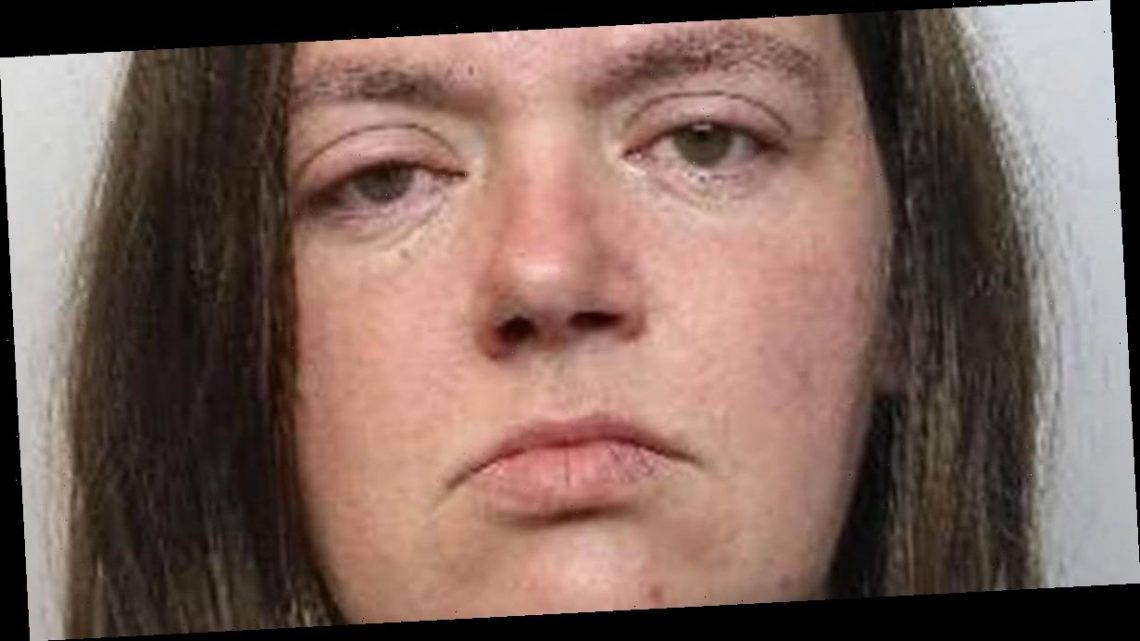 Murdered by their own mum and dad – Tristan and Blake Barrass were just 13 and 14 when they were strangled and had bin bags pulled over their heads.

The two boys were killed in the one place they should have felt safe, their home, by their mum, Sarah Barrass and dad, Brandon Machin, who was also their mother's brother.

The twisted mum-of-six sobbed in court as she the gruesome details of how she murdered her own sons was read out.

Barrass strangled Tristan with her dressing gown cord while his brother, Blake watched.

Machin then murdered the 14-year-old with his bare hands.

The tragic brothers died within 12 minutes of each other.

Barrass had already unsuccessfully tried to poison her four eldest children and had attemped to drown one of their younger siblings in the bath.

The court heard she believed they would be "better off dead" than being taken into care.

All of the surviving children, who are under the age of 13, have been taken into care.

As the chilling details of the awful killings emerge, Barrass and Michin have already pleaded guilty to killing Tristan and Blake.

The brothers were declared dead after police and paramedics were called to the home on May 24.

They were found buried in a coffin together.

Barrass and Michin have also pleaded guilty to conspiracy to murder all of her children and five charges of attempted murder.

All the surviving children, who cannot be named for legal reasons, are under the age of 13.

Kama Melly QC, prosecuting, told Sheffield Crown Court the defendants hatched a plan to kill the children at least 10 days earlier because they feared the kids were going to be taken into care.

The court also heard Barrass planned to take her own life once her children were dead.

But Barrass's brother, Martyn, had revealed a chilling Facebook update, posted by his sister in the months running up to his nephews' tragic deaths.

In the terrifying post, Barrass included a quote from horror writer Stephen King that said: “Murder is like potato chips; you can’t stop with just one".

Both Barrass and Machin would binge watch horror films, with Nightmare On Elm Street one of her favourites.

Branding his sibling an "evil psychopath", Martyn claims he reported his concerns to social services 10 years before the boys' murder.

He explained: "Those two have been evil since birth. They are both as bad as each other, they are both murdering, evil psychopaths.

“I witnessed Brandon’s violence towards Blake years ago and I knew something wasn’t right.

"I visited them when Tristan was still in his pushchair and Blake was only a toddler – he must have been three or four.

“We were out walking when Brandon grabbed Blake’s arm really roughly and dragged him across the floor.

"It was enough to know something wasn’t right, so I called social services and asked them to look into it. If they had, the boys might still be here today.”

Martyn, himself a father to twins, also revealed how Barrass and Machin were still children when they showed their dark side by killing pet mice for fun.

He said: "They loved killing things and inflicting pain. We had mice, tiny little black and white things. One day I heard my sister, Donna – who has since died – screaming and crying.

“I walked in and Brandon and Sarah were laughing, chasing the mice – stamping on them, killing them. I tried to push them away but they were too strong.

"They were falling over laughing while we were in floods of tears looking at the little bodies on the floor. Another time we were playing and Sarah shoved a girl out of a tree.

“She pushed her really hard and the girl screamed as she hit the floor, badly hurting her arm.

"Sarah just stood over her laughing – she thought it was really funny. I knew from when they killed the mice that they were evil.

“I knew Sarah wasn’t normal when she laughed after pushing the girl from the tree. I knew Brandon was capable of murder and I knew she was. But I never thought she’d kill her own kids.”

Martyn has also spoken out about how Barrass and Machin would torment him when he was a child.

But he blames Machin from transforming his sister from a protective, older sibling, into a bully.

He said: "Once her and Brandon got close, she changed. She became a bully. As soon as he came, there was a bond.

"They would always be together and were thick as thieves. Brandon once beat someone up at school for no reason – just to impress Sarah.

"Brandon would torment me. One day at the park Brandon called me over, turned me upside down and rammed me head first into the floor.

“He terrified me. He was violent and would punch people for no reason and get into fights. Sarah was his sidekick, they were always whispering together.”

Tristan and Blake's heartbroken uncle has told how the boys were "kindhearted lads" who loved motorbikes and cars.

More than 300 bikers and two Lamborghinis led their funeral procession.

Martyn added: "Our world has been ripped apart. I’ve lost my little nephews."