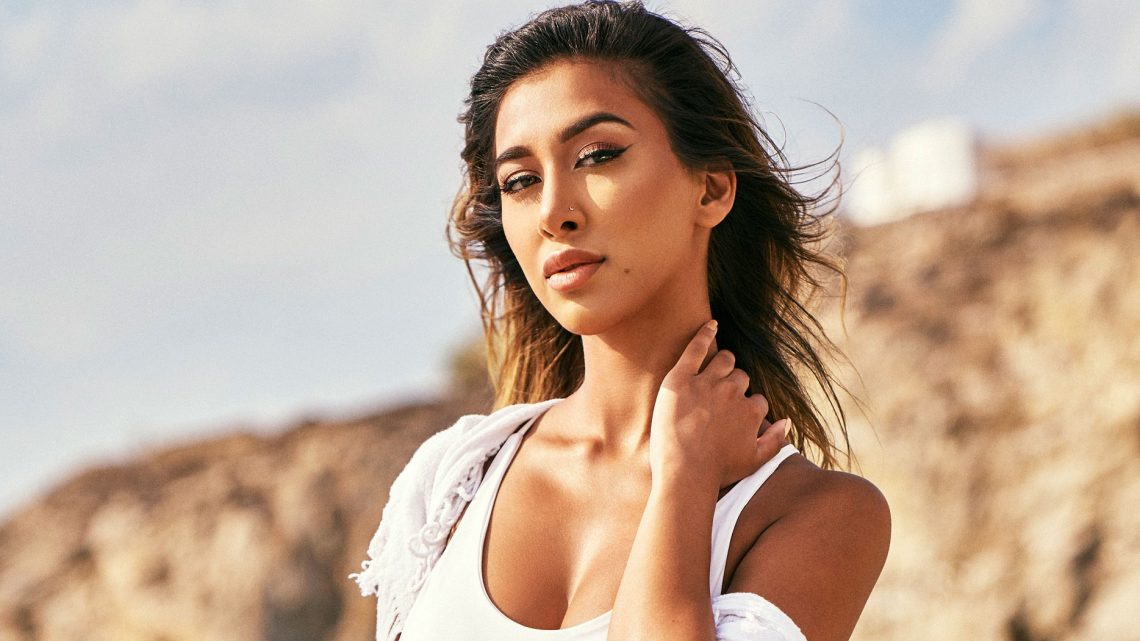 Lindsay Lohan’s Beach Club VIP host Sara Tariq will be recapping exclusively with Us Weekly each week about her opinion on the latest episode. Check back every week for her recap!

Alas, Sara Tariq’s writing hiatus finally comes to an end as I officially get to recap every episode of Lindsay Lohan Opens a New Window. ’s Beach Club this season. *Screams internally.*

For those of you that don’t know, I actually used to write for a few different publications back in the day. It’s been a while so I’m kind of rusty but I am overjoyed to be able to express my thoughts/feelings about the crazy things that happened at the beach club and at the house. I’m going to try to “use my brain” and be objective but honestly, this summer was a s—t show so strap up! It’s about to be a long, emotional and bumpy ride!

So, we all got to experience the train wreck that was first day Gabi, and honestly, her first impression was low key downplayed on TV. That s—t was way rougher to witness in person. It was literal word vomit on steroids. The whole time I was sitting there – from everyone jumping in the pool to Gabs rambling about her 3, 9, 2 GPA (which by the way, what even is that?), I kept thinking to myself, “Does this girl ever shut up?” and “What the f—k have I got myself into?” But aside from that, I am living for Lindsay’s candid moments and Panos Spentoz serving looks thus far.

In this second episode, you guys got to see a glimpse of our everyday schedules where we would wake up, get ready for work, grind and come back to chill at our bomb-ass villa as we got to know one another. Getting to know everyone and what they were genuinely about was probably one of the hardest things to do while being out there in Greece. It’s like going to summer camp or being a new kid in a new school. Everyone’s judging you based off what you look like and how you present yourself and people start trying to claim one another … well at least that was the predicament I fell into with Brent and Billy. But we’ll get to that later.

At the beginning of the episode, Lindsay put everyone on the spot and asked what their intentions were whilst working for the Lohan brand. This was a common theme throughout the season actually. We all had some pretty solid responses but I was lucky enough for mine to be read first on the show. It’s always a good feeling to be recognized/acknowledged by your boss in a positive light so this was very special to me.

Aside from that, we had Aristotle, who was actually one of my favorites in the house and at work, catering Panos’ VIP client, Lakis. Ari really went above and beyond for this dude and it shows. At this point while we were filming, I just really wanted Aristotle to break out of his shell and shine! And he did exactly that. Although I was caught calling him, “vanilla as f—k,” I was truly just kidding around and trying to get a rise out of him! It led him to running a naked lap around the pool after shot-gunning a beer, so I think it worked! You’re welcome.

Aristotle shone and Brent just looked like a hypocrite; I don’t ever remember calling him “a breath of fresh air.” but I guess I did. I’m still trying to figure out where that came from or why I would have said that when he clearly is acting up already.

Another thing I wanted to elaborate on was when I said that Brent was “treating me like a queen” when I was on the fence with Billy. I truly didn’t know what either guy’s intentions were at that point. I had Brent in one corner who was being extremely sweet to me, a lot of which happened off camera, and then I had Billy in another who was pursuing me as well, when I wasn’t even expecting to meet anyone while in Mykonos. So your girl was just extremely confused at this point and all I’m trying to say here is: Don’t hate the player, hate the game.

Alas, this is just the beginning. One thing led to another and I ended up pouring a bottle of tequila with Jonitta’s assistance. All I have to say about that is, “Karma’s a bitch, bro!” That was one of the most empowering moments in TV history if not the most. Is that a reaching statement? Oh well, I don’t really care. It felt that good watching it unfold all over again. That was for all the women in the world who get told they’re not enough. You are more than enough and should never let anyone ever talk down to you that way.

With that being said, who’s ready for next week’s episode and to see more of the crazy s—t that goes down? I can’t wait to see the anchor Brent has tied himself to slowly descend deeper and deeper to the bottom of the Mediterranean. Will he be able to come back from this? We’ll just have to wait and see.

I can’t wait to return with another recap alongside my thoughts for you guys next week. Lastly, always have respect for yourself, stand up for yourself and stay classy my friends!