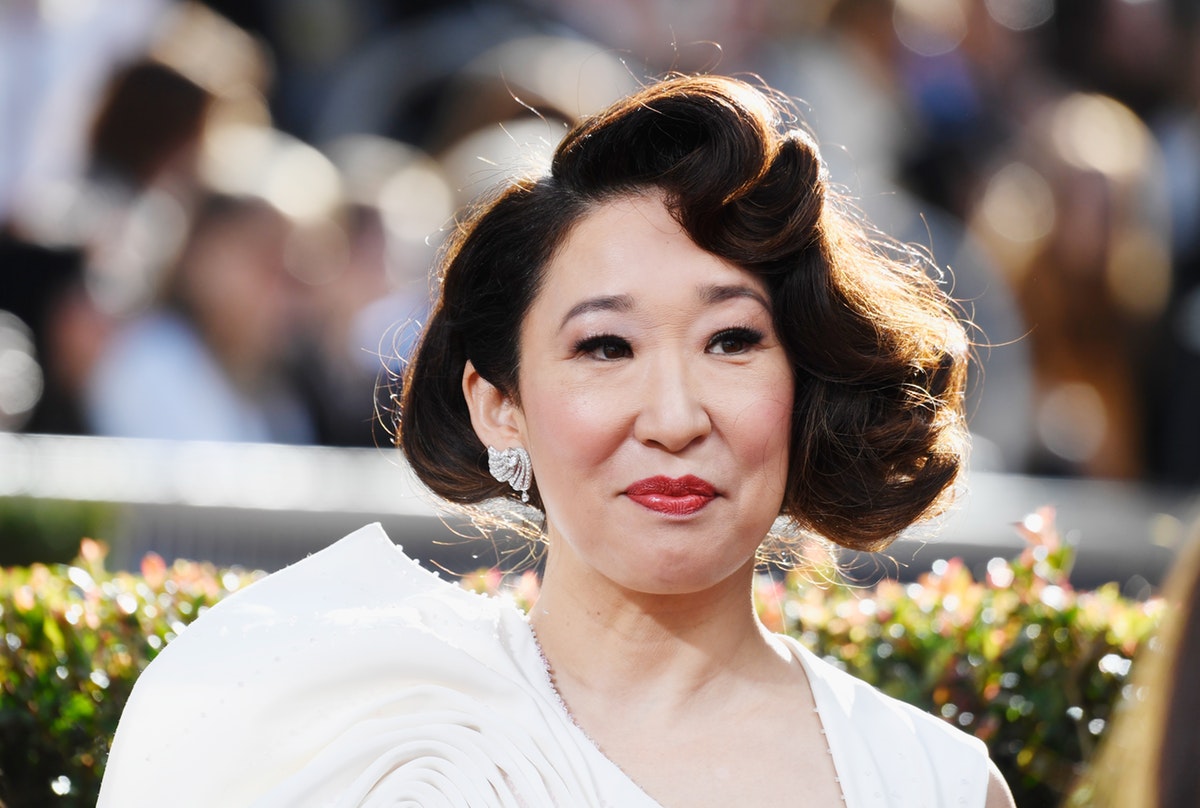 Sandra Oh and Andy Samberg kicked off the 2018 Golden Globe Awards with a monologue filled with compliments disguised as wicked burns, but it wasn’t all niceties. Speaking of Crazy Rich Asians and it’s historic nominations, Oh said, "[Crazy Rich Asians] is the first studio film with an Asian American lead since Ghost in the Shell and Aloha." The audience laughed, and while the camera didn’t catch any audience reactions, a voice that sounded quite a bit like Emma Stone responded, "I’m sorry!" That’s right: Sandra Oh’s whitewashing joke at the Golden Globes seemingly got a response from Emma Stone.

In case you’ve forgotten, Stone received quite a bit of backlash for playing Allison Ng, a partly Hawaiian and Chinese character, in the 2015 film Aloha. A few years later, Scarlett Johansson would receive a similar backlash for playing Major in Ghost in the Shell (a character who was — spoiler alert — revealed to be the soul of a Japanese woman placed prisoner in a white robot body). In a world where Asian women are rarely seen in major roles on the big screen, the casting of Stone and Johansson, two famous white actors, in roles that were largely viewed as Asian (yes, even the robot) felt like a slap in the face for many in the Asian American community. So, for Oh to make a joke about it, especially when talking about CRA, the first Hollywood film with an all Asian cast in 25 years, was earned.

Without the video footage, it’s hard to tell whether it was, indeed, Stone who shouted "I’m sorry," though her unique voice isn’t difficult to recognize. Audiences on Twitter certainly seemed to think it was Stone, with many noting the moment on social media.

This isn’t the first time Stone has addressed the controversy. After the film was released, the actor called the criticism a learning experience. While promoting the Woody Allen-directed Irrational Man in Australia that same year. "I’ve learned on a macro level about the insane history of whitewashing in Hollywood and how prevalent the problem truly is," she said, via News.com.au. She made light of the controversy again later that year in a Saturday Night Live sketch.

Stone wasn’t the only one from Aloha to speak on the issue. Director Cameron Crowe also apologized via a statement on his website. "I have heard your words and your disappointment, and I offer you a heart-felt apology to all who felt this was an odd or misguided casting choice," he wrote. 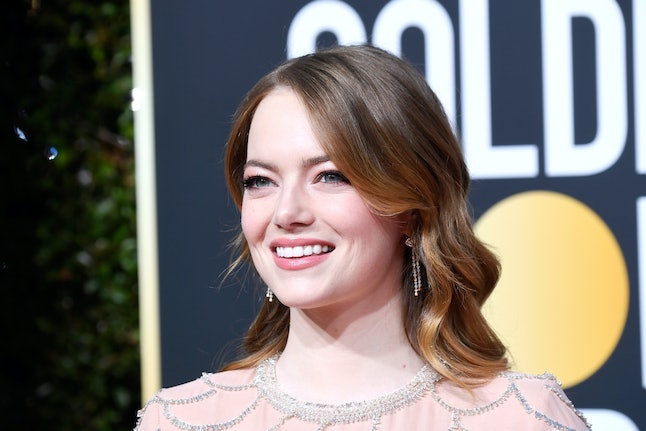 While it’s nice that Stone felt comfortable enough to apologize in a room full of her Hollywood peers, the fact is that Asians are drastically underrepresented on the big screen. UCLA’s 2018 Hollywood Diversity Report found that of the top films in 2016, only 3.1 percent of roles were played by Asian actors — 78.1 percent were played by white actors. And as Stone’s career continues to flourish, it would be nice to see her grapple a bit more with her part in the whitewashing of Asian roles. Saying "I’m sorry" is nice, but saying, "let’s give more roles to Asian actors" would be better.