The more things change at SUR, the more they stay the same. Season 9 of Vanderpump Rules marks the first without OGs Jax Taylor, Kristen Doute and Stassi Schroeder, but Tom Sandoval and Tom Schwartz promise the Bravo show still delivers.

“When you go from having, like, 20 something castmates to basically 12, it’s an adjustment, but I think good it’s because we have the time, we can go a little bit deeper with each person versus having to kind of skate on the surface. I mean, at one point last season, they were splitting the screen and stuff,” Sandoval, 38, exclusively told Us Weekly. “Sometimes things have a tendency to slip through the cracks when you have so many castmates that are actually really important aspects of our lives, but when you have a little bit less, we’re more involved, it’s deeper. And I actually really liked that change.” 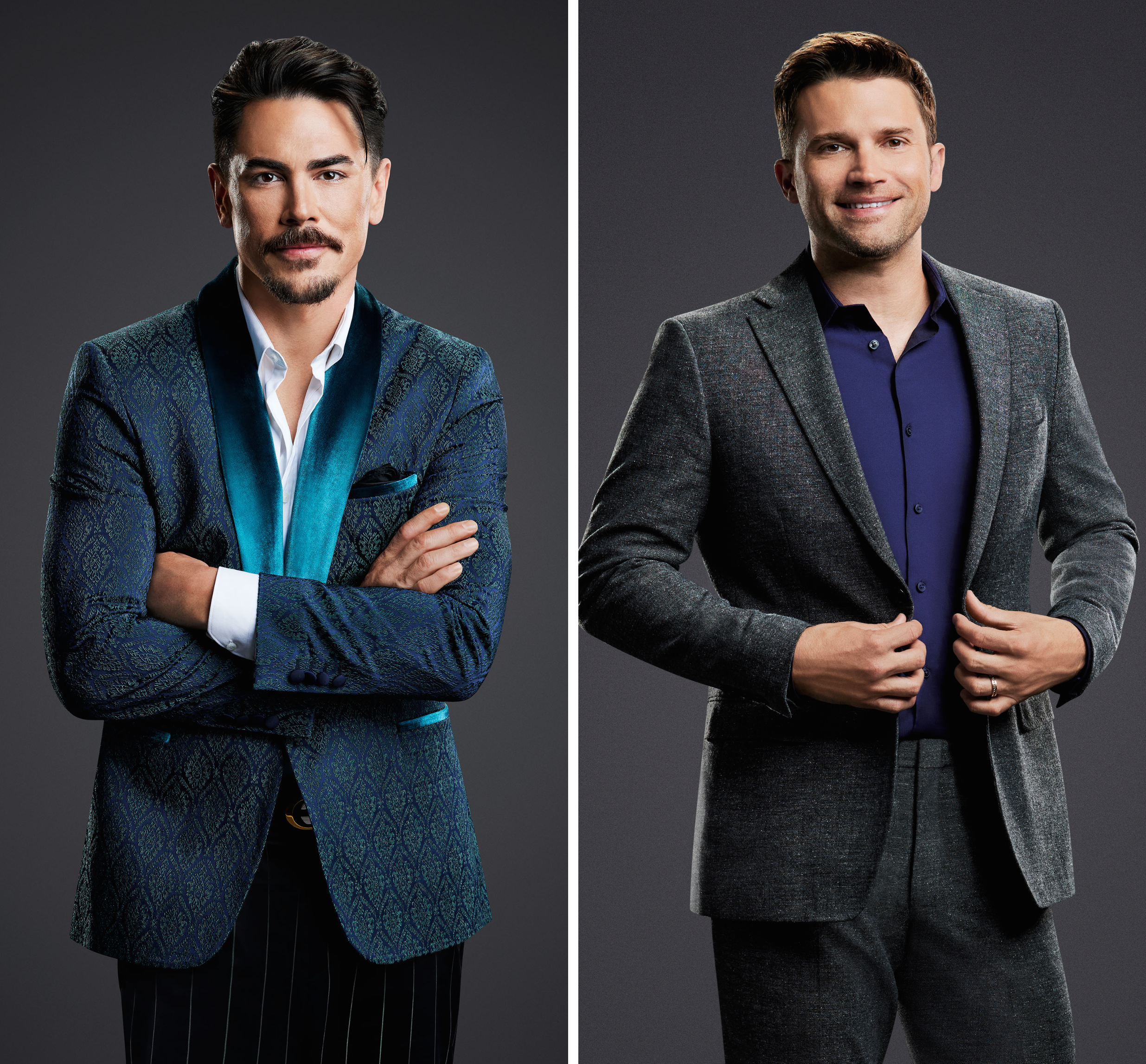 While Schwartz, also 38, noted he still sees Stassi, who welcomed daughter Hartford in January, as well as Jax and Brittany Cartwright, who became parents to son Cruz in April, Sandoval played coy when asked about his status with the former bartender after the pair’s rocky season 8.

“We’re cool. I don’t talk to him as much. … They’re busy, we’re busy,” the Fancy AF Cocktails author told Us, noting it’s “just different” managing relationships with their former castmates while still filming the series.

News broke in June 2020 that Stassi, 33, Kristen, 38, Max Boyens and Brett Caprioni wouldn’t be back for season 9 after racially insensitive actions from their pasts resurfaced. Later that year, Jax, 42, and Brittany, 32, announced their exits. Vanderpump Rules also skipped filming during the summer for the first time since its 2013 debut due to the coronavirus pandemic.

“Aside from the apocalyptic overtones and stuff, it was a nice time to just reflect on how fortunate we’ve been and really just take a moment to be just grateful for everything, you know, the wifey [Katie Maloney], my friends, like Tom, my family, and it was great to just reflect and have some gratitude about everything,” Schwartz told Us about the time off.

Sandoval added that it “did everyone a lot of good” to “just a second to take a breath, chill, regroup,” explaining, “I think you will see some subtle, maybe even some not-so-subtle changes in different people on the show just from taking this time off and getting a dose of what’s important and what is maybe not important.”

As hinted at in the season 9 trailer, which Us exclusively debuted on Thursday, September 2, the Watch Party With Tom & Tom cohosts have rocky moments ahead.

“Me and Tom get into it a little bit, which is rare for us. … We worked through it,” Schwartz said. “I think it will be fun for the audience to get to know Brock [Davies]. He’s such a big personality. Got a lot of charm, a lot of pizazz. You’ll be seeing more Raquel [Leviss], James [Kennedy]. … You’ll get to know Charlie [Burnett] more. The audience got acquainted with her season 8, but you’ll get to know Charlie more. Randall has some hilarious moments. Randall [Emmett] always kills it when he films.”

‘Vanderpump Rules’ Season 9: Everything We Know

Sandoval added that viewers will see a “change” in Lisa Vanderpump too, while agreeing with the Real Housewives of Beverly Hills alum’s previous claims to Us that Scheana Shay’s fiancé, Brock, will be in the hot seat.

Schwartz also noted that fans will see the “incredibly cute Vander-babies,” referring to Scheana’s daughter, Summer, and Lala Kent’s daughter, Ocean, along with “great high stakes moments.” Sandoval, for his part, concluded, “There will be three firsts for Bravo. I’m very proud of those moments, I can’t tell you what those are.”