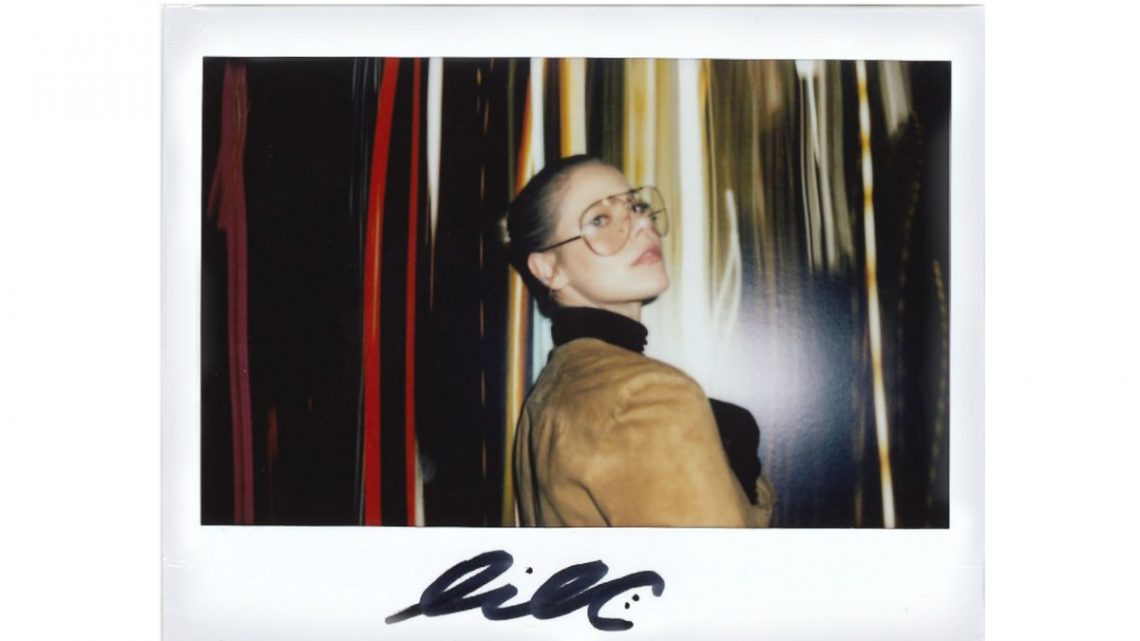 When celebrities hang out with Bustle writers, we want to give them the chance to leave their mark. Literally. So we hand them a pen, a piece of paper, a few questions, and ask them to get creative. The rest is up to them. This time, Roswell, New Mexico star Lily Cowles is leaving her mark in the Bustle Booth.

As Isobel Evans-Bracken on Roswell, New Mexico, Lily Cowles is "the Wendy to the Lost Boys" that are her two extraterrestrial brothers, Michael and Max. The three crash landed in Roswell in the ’40s, emerged decades later, and have been seeking a normal life ever since. But when it comes to her career, Cowles is attracted to roles that are anything but normal. In fact, it’s not even her first time playing an alien.

"I’m absolutely ready to be typecast," Cowles says with a laugh, acknowledging her stint on BrainDead, the short-lived CBS satire in which alien parasites take over the country by infecting the nation’s politicians. "If I could make an entire career playing aliens, I would be a very happy woman."

As a fan of the original Roswell series and of sci-fi in general, Cowles considers being a part of the CW’s reboot a dream gig. "I grew up reading Kurt Vonnegut and Ray Bradbury and just loving ‘other world’ possibilities," she says. She even took a pilgrimage to the real town of Roswell while filming. Though she says that the town isn’t quite as hip as it appears on the show, she’s happy to report that it does have "a dope UFO museum."

"[New Mexico is] this intersection of the wonder of nature and the natural world, and the wonder of what mankind has been able to do," Cowles explains. Not only does it have things like the VLA ("those huge satellites that listen for extraterrestrial life, which you see in Contact," she says), but it also has natural wonders like White Sands National Monument and the Carlsbad Caverns. "The landscape looks alien," she adds, and it really makes you believe in extraterrestrial life. "You realize when you’re out in a landscape like that, you’re like, ‘Oh, I’m on a planet.’ Like in space you can see space. This is like a rocky *ss planet that I’m on. This is crazy."

Check out Cowles’ answers (and excellent emoji drawings) to our Bustle Booth questionnaire below.