Home » Lifestyle » ROSS CLARK: Tories could get a one-way ticket to oblivion 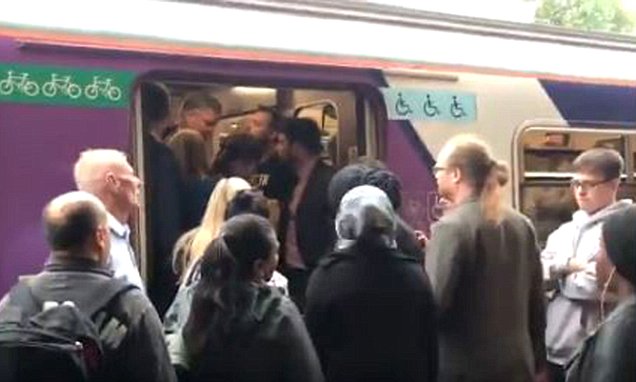 ROSS CLARK: Tories could get a one-way ticket to oblivion

ROSS CLARK: If they don’t help ripped-off rail users, the Tories will get a one-way ticket to oblivion

Commuters can be forgiven for reacting with loud groans to promises of new timetables with hundreds of extra rail services from next Monday.

They remember all too well what happened last time they were changed, six months ago.

The result was chaos on Thameslink and Northern Rail — and thousands of passengers incandescent as hundreds of trains were cancelled every day for weeks after the rail companies realised they didn’t have enough drivers for the extra trains.

Things are not looking too good for next week, either. A damning interim report into the last fiasco by the Office of Rail and Road concludes that similar disruption could happen again. 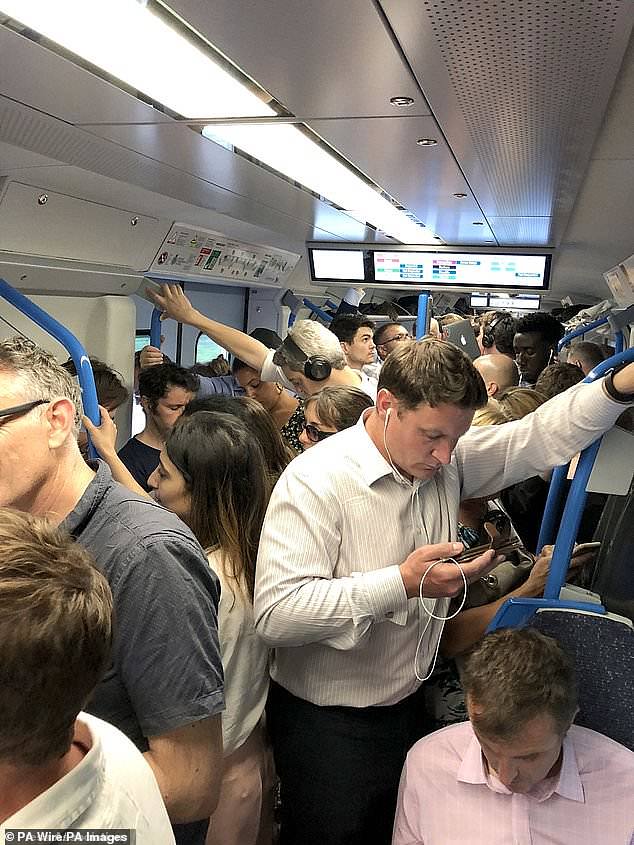 People on a delayed Thameslink train from London Blackfriars to Brighton, as dozens of Gatwick Express, Thameslink and Southern journeys to and from London Victoria were cancelled due to a signalling fault in Streatham

If it isn’t timetable changes causing havoc, it’s engineering work. Two weeks ago, thousands of commuters found themselves stranded in the Home Counties on a Monday morning, unable to get to work in London as weekend engineering work on lines into Waterloo station overran.

Then there is overcrowding. In August it was revealed that on Britain’s most overcrowded commuter service, from Uckfield in East Sussex to Victoria, 267 passengers typically try to squeeze into a two-coach train designed to carry 107 people. Why couldn’t they find an extra set of carriages?

Meanwhile, angry commuters learnt last week that they must pay an average of 3.1 per cent extra for their season tickets from January — and that’s regulated fares.

As for the 55 per cent of fares that are unregulated, including fully flexible ‘anytime’ fares, train companies are free to exploit their monopolies to jack up prices to whatever level they like.

Recently, I had to take an early morning train from Ely in Cambridgeshire to Birmingham and was quoted a fare of £138.40 return.

It is an endless cycle of misery: rising fares, fewer reliable trains and a struggle to find a seat. While the rail companies make fat profits, ordinary people trying to get to work are ripped off.

During the strike on Southern Railway, some had to give up their jobs as they were unable to get to work on time. It is an outrageous way to run a public service.

I am no friend of the nationalised industries of the Seventies and have no rosy memories of British Rail, for which I briefly worked as a trainee engineer in the 1980s.

The trains I travelled on back then were slow and dirty, even if I do remember them being a little more reliable than today’s services.

Another thing people tend to forget is how BR reacted to overcrowded trains. Rather than laying on extra carriages, it used to miss out stops and use other ways to discourage passengers from travelling.

In any case, renationalising the railways would be horrifically expensive. While the franchises could simply be allowed to expire, the taxpayer would have to buy the rolling stock, which would mean stumping up £9.3 billion — and that’s just for new trains ordered to be delivered by 2020.

But why can’t the Government reform the dreadful franchising system to make sure long-suffering passengers have a proper choice and fares are sensibly regulated?

In July, it was announced that the franchise for South Western Trains, which operates services out of London Waterloo, is to be renegotiated, just 11 months after it was awarded to a consortium of First Group and the Hong Kong metro operator, MTR.

On that occasion, Transport Secretary Chris Grayling promised a ‘revolution’, with extra trains and more seats. But the timetable changes promised for this month have been cancelled indefinitely.

Then there is the notorious East Coast Main Line. Three times in the past dozen years, the rail company operating the line has run into financial problems and had its franchise withdrawn.

This year, Virgin and Stagecoach were replaced by London North Eastern Railway, a state-owned operator, after failing to pay the £3 billion premium they had promised to the Government.

Still the transport secretary insists the franchise must be put out to tender again. Surely, he knows what will happen.

Along will come another private operator that overbids, overestimates the number of passengers who will use its trains, then collapses in a heap or begs to be bailed out.

When rail privatisation began in 1995, I was all in favour. Instead of being forced to travel on trains run by a monopoly, passengers would have a choice of operators and competition would reduce the cost of rail fares — or so I thought.

I assumed the strikes would stop and taxpayers would no longer be forced to subsidise the railways.

None of these things has been achieved. Most of the limited competition created at the time of privatisation has been lost as franchises have been amalgamated and individual train companies have been given the exclusive right to operate across parallel lines, when they should be made to go buffer-to-buffer with rivals.

Why on earth was Virgin awarded the franchise to run intercity trains up the East coast when it was already running trains on the West coast?

It appears that rail companies have, predictably enough, exploited their monopolies ruthlessly.

Fares have risen by a quarter in real terms since privatisation. Since 1995, an open day return from London to Manchester has more than trebled to £338.

In no other industry would such practices be tolerated. Yet rail companies seem to be free to raise fares as much as they like. If we can’t have competition on every line, then ordinary turn-up-and-go fares should be set by the Government.

As for the rail unions, they are as bolshie as ever. The only difference is that privatised rail companies seem keener to cave in to their demands.

Last year, Southern Rail drivers only called off their strike once their annual pay was boosted to £75,000.

Rail companies have simply rolled over in the face of union demands, then relied on the Government to bail them out. 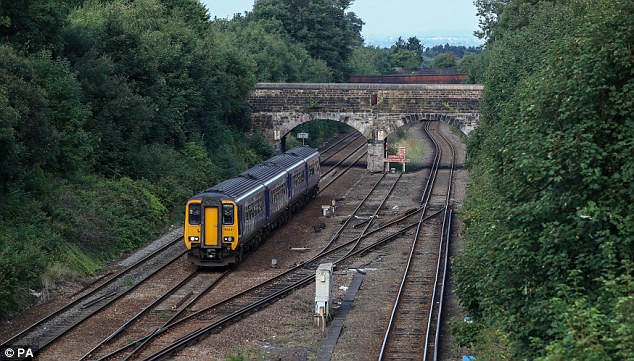 Worst of all, the Government’s failure to deal properly with the railways is playing into Jeremy Corbyn’s hands.

His aim of renationalising the railways is popular even with Tory voters — according to YouGov they are split 52 to 39 per cent in favour.

Surely, ministers can see that London’s commuterland is full of marginal seats that voted for Margaret Thatcher, then Tony Blair, and have switched tentatively back to the Tories.

Places such as Harlow, Watford and Crawley are home to aspirational voters who want to work hard and reap the rewards for that. But they must be able to get to work.

Yet, instead of addressing the problems with commuter services, the Government is obsessed with the ludicrously expensive vanity project that is HS2.

While it boasts of building the fastest railway in Europe, it neglects those commuters who lost their jobs because they couldn’t get to work.

The Tories need to start looking after commuters — or risk losing their votes, and with them their grip on Downing Street. And that really would be a one-way ticket to disaster.