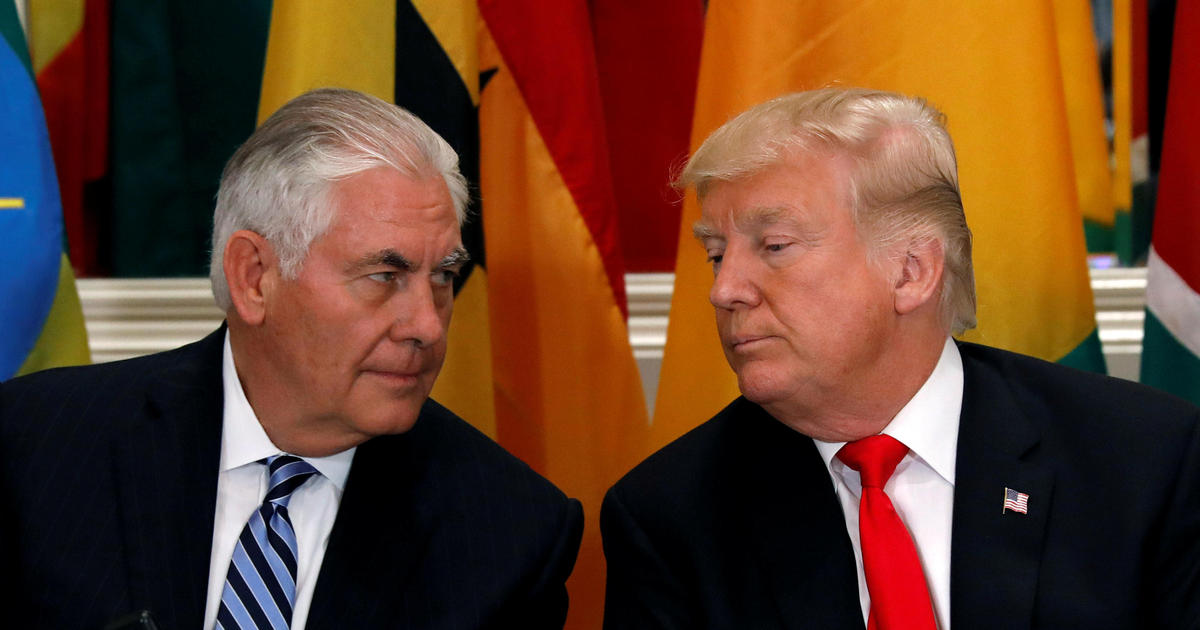 HOUSTON — Former Secretary of State Rex Tillerson is speaking publicly about what led to his firing in March by President Trump. In his comments, Tillerson described the president as “pretty undisciplined.”

“I think part of it was obviously we are starkly different in our styles. We did not have a common value system,” Tillerson told CBS News political contributor Bob Schieffer on Thursday. “When the president would say, ‘Here’s what I want to do and here’s how I want to do it,’ I’d have to say to him, ‘Mr. President, I understand what you want to do, but you can’t do it that way. It violates the law. It violates a treaty.’ You know, he got really frustrated.”

The former ExxonMobil CEO said he didn’t know how to conduct himself with Mr. Trump except in “a really straightforward fashion.”

“I think he grew tired of me being the guy every day that told him, ‘You can’t do that, and let’s talk about what we can do,'” Tillerson said.

Asked to describe the president, Tillerson said he had never met Mr. Trump until the day he was named secretary of state.

“It’s challenging for me coming from the disciplined, highly process-oriented ExxonMobil Corporation… to go to work for a man who is pretty undisciplined, doesn’t like to read, doesn’t read briefing reports, doesn’t like to get into the details of a lot of things. But rather just kind of says, ‘Look, this is what I believe and you can try to convince me otherwise,’ but most of the time you’re not going to do that,” Tillerson said.

Mr. Trump responded to Tillerson via Twitter on Friday afternoon, calling his former Secretary of State “dumb as a rock” and “lazy as hell.” He said Tillerson “didn’t have the mental capacity needed for the job” while praising Tillerson’s replacement, Mike Pompeo.

Mike Pompeo is doing a great job, I am very proud of him. His predecessor, Rex Tillerson, didn’t have the mental capacity needed. He was dumb as a rock and I couldn’t get rid of him fast enough. He was lazy as hell. Now it is a whole new ballgame, great spirit at State!

Tillerson said he’s proud of his government service and would return if the president asked. He also said the greatest foreign threats are China’s rising influence and what he called a “belligerent Russia.”