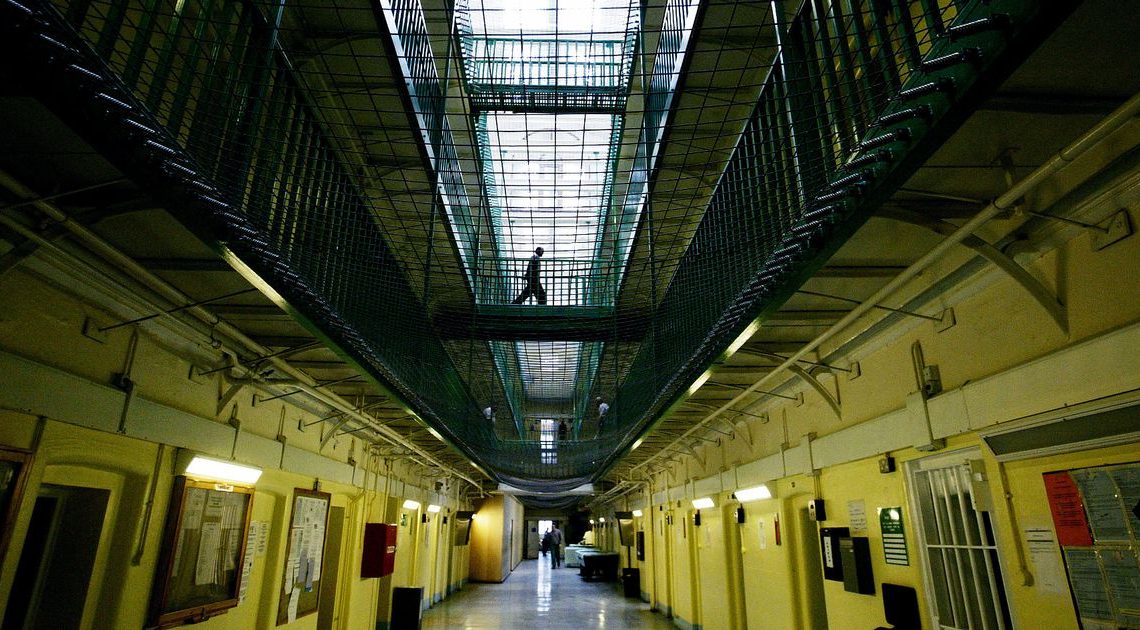 A record number of new prison officers are quitting as the zombie drug Spice and violent attacks sweep through jails.

At least 72 trainee warders left the ­service each month within weeks of ­completing their training, the Sunday People can reveal today.

One lasted only until his first lunch break, according to a whistleblower.

Neil Harrison, who has just left his job as a prison officer after 24 years, said: “It’s worse than ever. It’s like a war zone.”

More than 650 new prison staff on a starting salary of £22,000 quit before ­completing a year’s service last year.

Our most dangerous jails are ­increasingly left in the hands of officers with less than three years’ experience.

Neil, 55, who quit after rising violence at HMP Risley, near Warrington, Cheshire, claimed one young recruit left within hours of beginning his first shift because he could not handle intimidation from prisoners.

And Neil told how convicts had targeted a female officer by throwing excrement in her face within two weeks of her joining the service.

Neil said: “There are these young kids coming in with no life experience and they’ve been told it’s a good opportunity at having a decent job.

“But they’ve been hoodwinked. They don’t realise the dangers they’re facing and they’re just leaving.

“One lad started on a Sunday morning and he had left by lunchtime. He never came back.”

Neil, from Wigan, Lancs, said drug debts behind bars were soaring, with ­inmates handing out violent beatings on those who owe up to £5,000 for the ­so-called zombie drug Spice.

And they are forcing inmates’ parents on the outside to set up bank accounts so they can transfer cash between criminals.

Neil struggled to cope with the scenes of horrific violence as well as the suicides and hangings.

He said: “I used to go to work excited. I was looking forward to what the day holds. But then they started making cuts and we lost control.

“It got to the point where I was in the car, driving in and I was ­getting anxious. It’s more like a war-zone than a prison.

“There’s a Spice ­epidemic which is ­fuelling debts between prisoners and ­violence. The debts can be massive, up to £5,000. And if you inherit someone’s cell after they leave you inherit their debt.

“There are people in prison who have mental health problems and just shouldn’t be there.”

Last night MPs called for action over the rising tide of drug and alcohol abuse behind bars across the UK.

And Glyn Travis, of the prison officers’ association, said: “New staff need ­mentoring until they find their feet. All too often they are thrown into the job without adequate back-up.

“The reality is all staff – especially new officers – face an unprecedented level of violence. For some, who are not prepared, it is too much.

“We are expecting too much of young people without enough life experience.

“We have been warning the government to heed our concerns around recruitment and retention but they still fail to listen.”

Figures obtained by the Sunday People show that during the first nine months of last year, 651 new staff resigned before completing a year in the job.

Nearly 15 per cent of them left in the first 12 months.

In five years, more than 1,700 have resigned from the the Prison Service within 12 months of starting.

It comes as the Government reports record attacks and assaults on staff.

Justice Secretary David Gauke claims to have “strengthened the frontline with more than 4,300 new staff” to tackle drugs and violence in jails.

And he says the Government is ­investing £6 million in ten of the most challenging prisons to tackle drug supply and reduce demand.

Meanwhile prisons minister Rory Stewart claimed he would resign in a year if he failed to reduce drugs and violence levels in ten target jails in England.

Last year there were more than 3,500 assaults in the ten prisons that the Ministry of Justice is targeting.

That was an increase of 15 per cent on the previous year and more than double the number of assaults that took place in 2014.

In Parliament this week MPs were told how one prison officer was badly injured by a drug-addled con.

Gordon Henderson MP said: “This was not an isolated incident. It happens every day of every week in one or other of our prisons. Much of that violent behaviour, as we have heard, is caused by drugs.”

And Chris Evans, Labour MP for Islwyn, Gwent, told of the chaos after speaking to a guard in his constituency who quit after six months.

He said: “This is a widespread problem. Prisons are at capacity and we are locking people up with drug addictions but it’s the Prison Service which is taking a hit.

“Suicide is common in prison and the people who have to pick up the pieces are the prison officers.

“There is evidence that people are ­leaving because they’re not equipped to deal with the violence and the self-harm, the suicides and serious issues on mental health problems.”

Our statistics – disclosed under the Freedom of Information Act – reveal that in 2015, just 296 warders with less than 12 months on the job quit.

The latest figures represent a 120 per cent surge in resignations. The figures also show soaring numbers of staff quitting after ­completing a year’s service.

Last night a Prison Service spokesman said: “The huge number of officers we’ve recently recruited inevitably means there are more staff – and more leavers – with under one year’s experience.

“But we are working hard to ­retain staff, including by giving them the biggest pay award in a decade last year.”

And responding to Neil Harrison’s claims, the service said: “The wellbeing and ­safety of our officers is a ­priority. All newly recruited staff receive thorough training and support.”