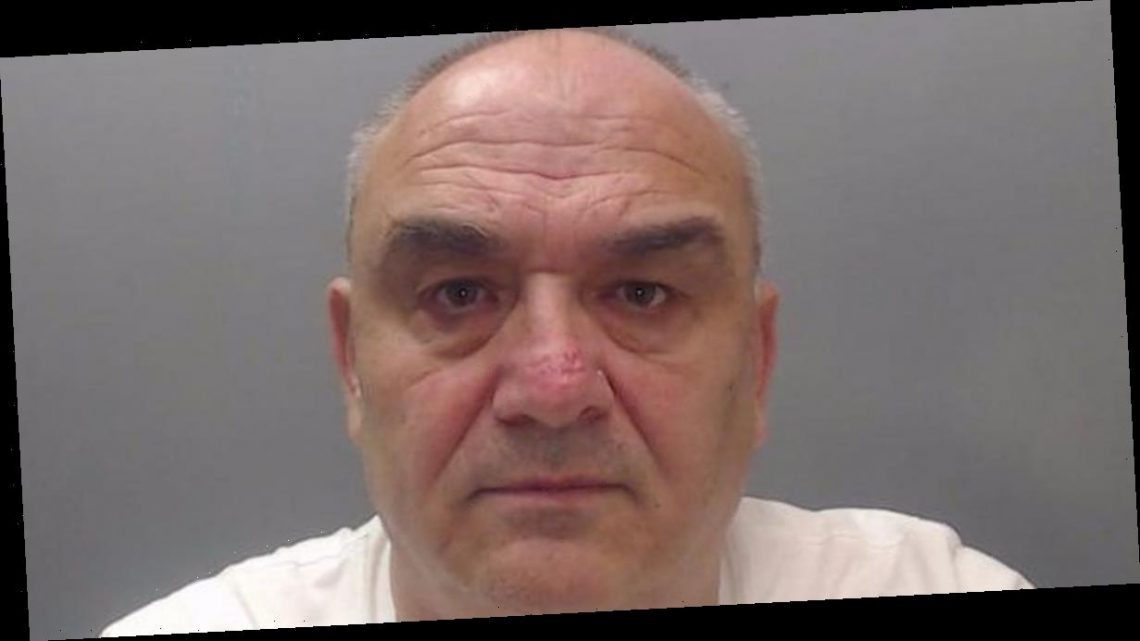 A racist dentist threatened to fry a psychologist’s brains and cook his children during a campaign of vile anti-Semitic abuse that lasted more than a decade.

Chester Crown Court heard Dan Zaharia, 59, from Runcorn, began tormenting Jewish psychologist Dr Eli Somer and his family after briefly being his patient in Israel in 1995.

After discharging himself from treatment, Zaharia developed delusions that Dr Somer had "mind-raped" him and began sending emails, making phone calls and leaving voicemails making threats of murder against Dr Somer.

He also threatened Dr Somer's relatives and threats of sexual violence against his victim’s family.

James Coutts, prosecuting, revealed how sick Zaharia’s stalking extended to targeting Dr Somer’s elderly parents, who had survived the Holocaust, with anti-Semitic abuse down the phone.

He sent sinister messages to one of Dr Somer’s adult sons in which he vowed to turn his shoes "red from the blood of your children" and claimed he would "slaughter your children to the last one" while accusing the 37-year-old son of "penetrating his computer".

In one disturbing call, Zaharia told Dr Somer’s wife that he would "fry his (her husband's) brains" and "cook his children".

He also threatened to "kill his donkey", and at times sounded as though he was performing a sex act while on the phone, the court was told.

The qualified dentist sent Dr Somer photographs of his car parked in its space outside his home indicating he had been there, and in April 2016 was refused entry from a conference in Amsterdam, where Dr Somer and his wife were "smuggled" out via a back entry for their safety.

Zaharia was arrested the following year when he turned up at a conference in Switzerland where the doctor was a guest speaker.

Further disturbing contact included posting on his victim’s daughter’s Facebook work page and a voicemail on Dr Somer’s wife’s phone claiming he would "dance on your children’s graves having murdered them".

Zaharia’s vile racism was not confined to Jewish people – whom he repeatedly referred to under a variety of disgusting slurs – and during one of his rants he made a sick threat relating to his victim’s "n* granddaughter".

In interview he made partial admissions but claimed Dr Somer had "wronged him".

The defendant was bailed on condition of non-contact but his victim continued to receive phone calls from withheld numbers.

The defendant had no previous UK convictions, cautions or reprimands, but had been sent down for two months while in the Israeli Army for threatening to kill and rape a dental assistant.

A victim personal statement read to the court recounted how Dr Somer had suffered anxiety, stress, sleeplessness and nightmares due to his ordeal.

He no longer promotes conference appearances and feels embarrassed among colleagues over having to deal with Zaharia and the need for extra security.

He now believes the defendant is "intent on destroying him", the court was told.

Andrew Jebb, representing Zaharia, cited a psychiatrist’s medical report that said Zaharia was suffering from undiagnosed psychosis which is probably a "persistent delusional disorder" and "a particular set of delusional beliefs about Dr Somer", which he developed after perceiving that the psychologist had suggested that Zaharia might have been sexually abused as a child.

A probation report deemed the defendant as "low risk" of re-conviction but medium risk of harm.

Mr Jebb asked for mitigation for Zaharia’s guilty plea and said Zaharia – who has dual Canadian-Romanian citizenship – wanted to move to Hungary to practise as a dentist if he received a suspended sentence.

Judge Michael Leeming, presiding, sentenced Zaharia to 19 months in prison immediate custody – the maximum term available after credit for his guilty plea, and imposed an indefinite restraining order to protect Dr Somer and his relatives.

Judge Leeming blasted the "poisonous" content of the defendants’ messages, which he said had "terrified" Dr Somer.

During his summing up, Judge Leeming said: "Dr Somer has been terrorised by your behaviour, particularly in the circumstances of the last 12 months – they are shockingly aggressive and abusive texts, emails and calls, so much so that Dr Somer may no longer answer international phone calls or calls from withheld numbers.

"He’s had to disable his voicemail which has led to you leaving messages with his wife and children’s phones.

"He feels as though you’re intent on destroying him."

Zaharia pleaded guilty on September 9 to one count of malicious communications covering contact from January 1 to November 30.

Two previous charges – relating to religiously-aggravated stalking and simple stalking – were deleted from the indictment after he agreed to the malicious communication charge.

The judge said he was satisfied that the malicious communication was racially and religiously motivated.

Zaharia appeared the dock in a white shirt, black trousers, glasses and was wearing a poppy.

He had a large bag of possessions with him when he entered the dock.

Drug-addict mum, 25, wanted for murder after giving birth to stillborn baby with six times the toxic level of meth – The Sun