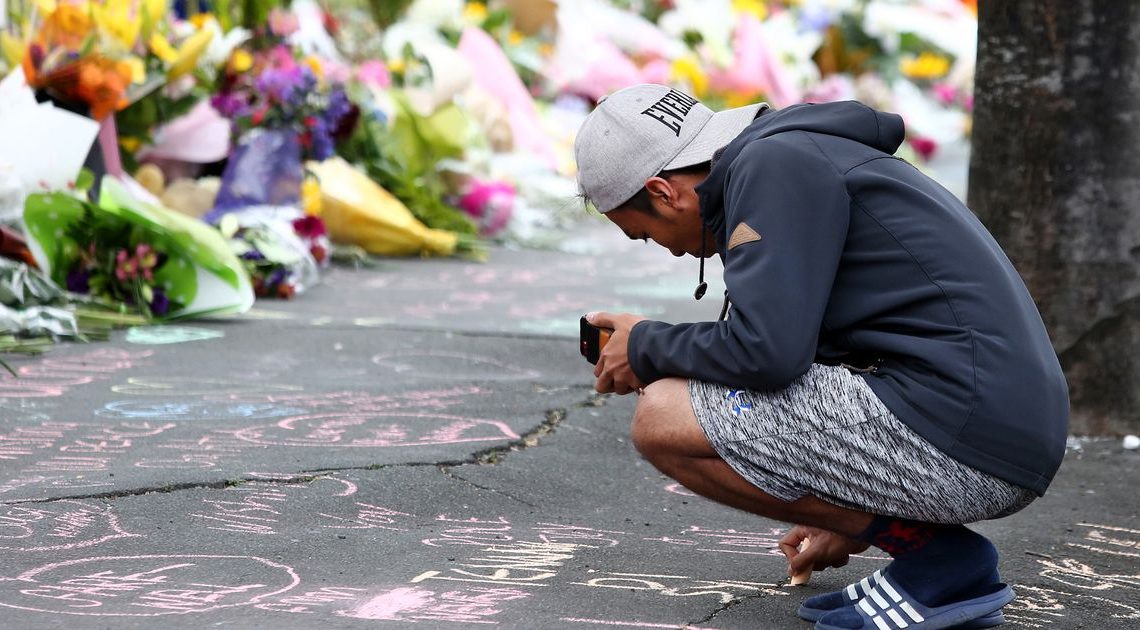 A motorist rolled down his window, grinned at a Muslim women shopping with her teenage daughter, raised his fist into the air and shouted: “49! Yes! Yes!”.

It was a vile reference to the horrific terror attack on two mosques in New Zealand by a white nationalist.

It is just one of a number of hate crimes reported to Greater Manchester Police in the wake of the massacre which killed 50 people last week.

Since Friday eleven incidents, nine of which took place on Twitter and Facebook , have been reported to the force, reports the Manchester Evening News.

Jamia Mosque received a phone call hours after the news of the attack broke in the UK.

“Have you heard about New Zealand,” the man asked.

The administrator had, of course, heard the news.

“Then go back to your own country,” the stranger said, before hanging up the phone.

It was the first time in three decades that the Jamia Mosque has been targeted by Islamophobia.

Two people have been charged with a racially aggravated public order offence following an unrelated incident in Rochdale.

While seven people in the Greater Manchester area have been arrested over comments made about the New Zealand attacks.

But police believe much of the Islamophobia experienced by Muslims across the city region is not reported.

Mum Ghazala Yasmeen, targeted as she shopped with her daughter in Altrincham, said: “I was shocked. It took me a second to comprehend what had happened.

“It was a really terrifying experience. I got into my car and my daughter was asking me ‘what’s wrong’. I didn’t know what to tell her.”

Ghazala, who wears a hijab, says she has no doubt that the man was speaking directly to her and referencing the New Zealand attacks.

She added: “It is a very shocking and sad thing for me that there are some people within our community who hate us this much. I thought that everybody would sympathise with the Muslim community.

“How can you lose so much of your humanity that you celebrate the murder of innocent people, of children as young as three? It’s absolutely sickening.”

There were 5,199 racially or religiously aggravated offences recorded by Greater Manchester Police in the 12 months to September 2018, according to charity Tell MAMA.

The charity, which records and measures anti-Muslim incidents in the UK, says the figures may indicate that there are difficulties in identifying perpetrators in online investigations.

Director Iman Atta OBE, said: “It may also indicate a lack of evidence in some cases, though what is concerning is that public confidence may well be affected over time and we know that trust in getting outcomes falls. This has a corrosive effect in public confidence in the long term.”

The latest incidents recorded by GMP involved offensive words used to describe Muslims and comments that referenced the New Zealand attacker as a 'hero'.

In one instance, a person said they ‘hope Muslims die’, while another challenged social media users to ‘see how many likes’ the attacker could get.

He says: “When I saw the news on Friday I thought ‘we’re going to prayers in a few hours’. There was a nervousness before attending. It seemed like there were less people than usual and people were turning up later. But in the end it was really busy.”

In the wake of the attack, GMP ramped up patrols around mosques, held meetings with Muslim leaders and launched Operation Bolero to tackle hate crime.

Assistant Chief Constable Russ Jackson said most of the comments made by arrested suspects either 'glorify' the terror attacks, praise the attacker, or use ‘distasteful’ words.

“When we have interviewed these people we have had some admissions, regret, and some tears,” he said.

“Free speech is one thing but the effects of these comments are terrible. They are multiplied by the way social media works. It is making people scared. When it crosses the line into criminal offending we take action.”

He added: “Some of these comments are so awful that they create fear in the community and hate between groups. Writing comments on social media is like using a loudspeaker in the street.”

Jamia Mosque administrator Mahmood Majid says the video of the massacre – which the gunman livestreamed – was sent to his phone on Friday morning.

“We have an open door policy – anyone can come in – and we have lots of interfaith activities.”

Cheetham Hill is not an affluent area, Mr Majid says, yet the mosque raised more than £1,300 for the victims of Christchurch during an impromptu collection on Friday.

Rusholme councillor Rabnawaz Akbar said there was a ‘nervousness’ amongst Muslims after hearing the news.

“There was a fear on Friday morning in terms of the vulnerability of mosques,” he says. “But GMP have been doing a lot to reassure people and that has helped. We’ve had tremendous support.

"Manchester people have come together to support the community. And police are sending out the right message.”

How do I watch Sky Sports Red Button and what Euro 2020 and Championship games are live on the TV channel?