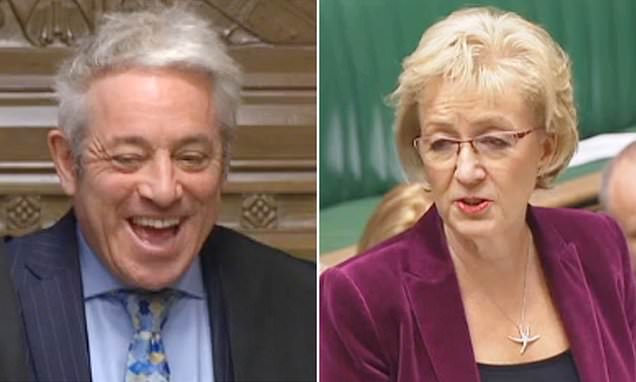 Every Commons day, in every way, Speaker Bercow becomes nastier and nastier. We had two more instances of this yesterday, both quite unnecessary.

Andrea Leadsom, Leader of the House, opened her business statement with ‘Christmas cheer’: an announcement that the next edition of Erskine May, a parliamentary procedure guide, will be publicly available on the parliamentary website.

This was sufficiently newsworthy to earn hurrahs from a few nerdy MPs. But not Speaker Bercow. His lip twitched.

Bercow hates Leadsom. It may be because she is a Tory and a Brexiteer. Equally, it may be because this ‘stupid woman’, as he has called her, has pushed back against his bullying bateyness. 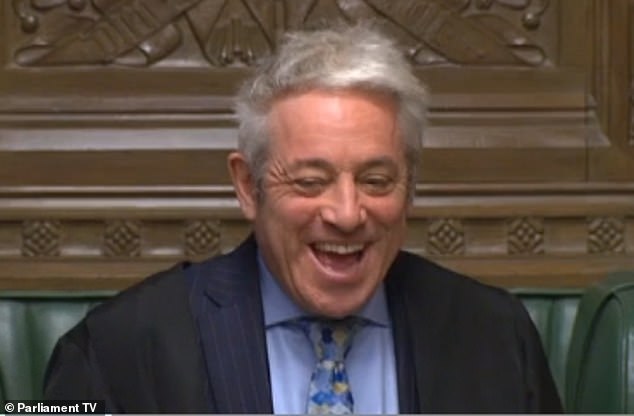 On the wireless this week she signalled, with skill but little camouflage, that she thought him biased. Few at Westminster would disagree.

Anyway, Mrs Leadsom – a decent, unaffected sort who is liked across the House – had made her remark about Erskine May. And, as I say, Bercow’s lip twitched.

At the next opportunity he sprang to his feet, having smeared to his face a smile of greasy insincerity.

He said this: ‘It is very useful to have the fact of the prospective publication on the Parliament website of Erskine May advertised more widely but there is nothing by way of news about it: I agreed to it, in consultation with clerks, several months ago.

‘It is very good that it is happening but there is absolutely nothing new about the fact of it.’

Though it may look innocuous in print, the tone was unmistakeable. Erskine May is MY fetish. It is I, SPEAKER BERCOW, who must be given any publicity biscuits for this.

Having spat out his insecure little piece, the Squeaker jumped back on his well-sprung throne. Boiiing! He did so with such assertion that the stitchings of the green leather upholstery must have been tested and a phhhhht of wind must have emanated from its moorings. 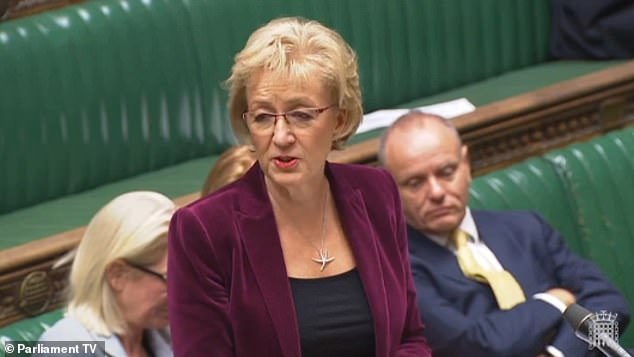 Leader of the House of Commons Andrea Leadsom, pictured today, has pushed back against Bercow’s bullying bateyness

For the next minute – I was watching closely – his right foot tapped up and down and swivelled and he kept nodding to himself, lips pursed, while he held in his hand an Order Paper on which he had deleted the completed items of business with such vigour that it looked as though his ballpoint pen had torn the paper.

Hell yeah, I’m tough. I showed da b**ch. No one messes with me! Deranged. Mrs Leadsom is to be congratulated not so much for her announcement on Erskine May’s online democratisation as for getting under the thin pelt of her enemy.

A few minutes earlier we had had Attorney General Geoffrey Cox at the despatch box. This was when the other Bercow moment occurred.

Mr Cox is that deep-voiced chap who, unfairly, took the brunt of criticism last week when the Government resisted publishing his legal advice on the Irish backstop.

More from Quentin Letts for the Daily Mail…

Yesterday, in a question about ‘the effectiveness of contempt of court proceedings’, Labour’s Lyn Brown asked Mr Cox if he felt ashamed of the Government being found in contempt of Parliament. This was crafty – I nearly said uncharacteristically crafty – of Miss Brown, who is not generally regarded as one of the House’s leading intellectuals. She’s more a type for Callard & Bowser than Erskine May, is our Lyn.

Solicitor General Robert Buckland, on the front bench, muttered something about Miss Brown’s question being off the subject. Bercow was on his feet in a trice, snapping at Mr Buckland to shaddup and to be assured that it was in order.

Strictly speaking, it was, because Parliament is a ‘high court’. Not that a plodder like Lyn Brown would normally work that out unless she had been prompted by, ahem, someone else.

Bercow has got his Y-fronts in a tangle over Brexit and about Mrs May not treating his Commons with courtesy.

Children of Albion, ye shall reap as ye sow. If you yourself demean the Commons, don’t be surprised if the Government does likewise. I doubt No 10 will treat Parliament with respect until Bercow goes.

The iHeartRadio Music Awards Moves To Fox In 2019

Transsexual ‘warn others of the reality of becoming transexual’
World News