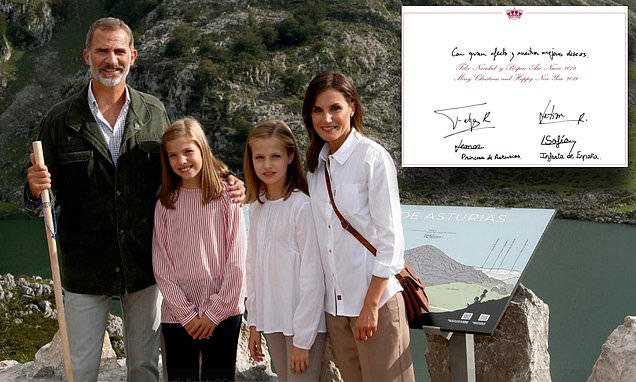 Another royal Christmas card! Letizia and Felipe of Spain release their festive greeting – and their daughters Sofia and Leonor sweetly sign their own names

The Sussexes and the Cambridges are not the only royals to have released their Christmas cards – King Felipe and Queen Letizia of Spain also shared their festive greeting.

The Spanish king, 50, and queen, 46, shared a photograph of themselves with their daughters Princess Leonor, 13, and Princess Sofia, 11, on a visit to Asturias in September.

The card, which was shared by royal Twitter account Gert’s Royals, included a handwritten note in Spanish and a printed message wishing the recipient a ‘Merry Christmas and Happy New Year 2019’. 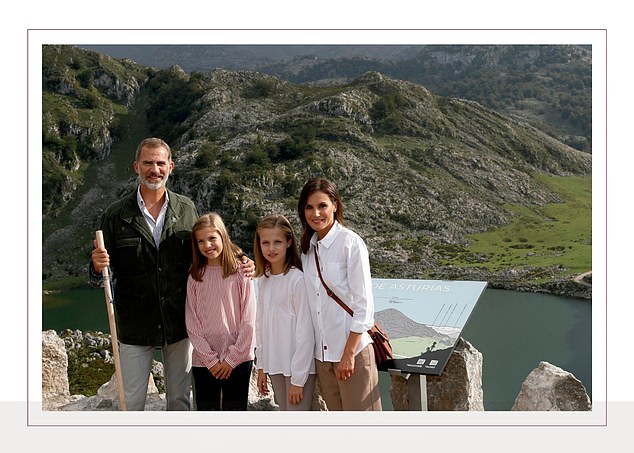 The Spanish royal family have released their official Christmas card for 2018 which is taken from a photo of the foursome visiting Asturias in northwestern Spain in September. Pictured left to right: Prince Felipe, 50, Princes Sofia, 11, and Queen Letizia, 46 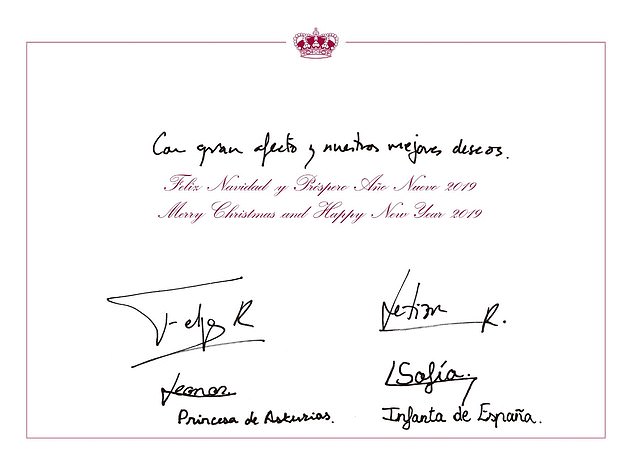 Inside the card the family have wished their followers Merry Christmas and Happy New Year 2019 and each has signed their own names, including the couple’s young daughters (pictured)

Each member of the family also signed their own names, with Leonor and Sofia demonstrating neat handwriting.

The photo was taken when the foursome went for a hike in the National Park Picos de Europa in the Asturias region in September.

In the photographs the family are dressed casually, with style-conscious Letizia wearing a casual pair of brown trousers and a white shirt with the top button undone and eldest daughter Leonor wearing a strikingly similar look. 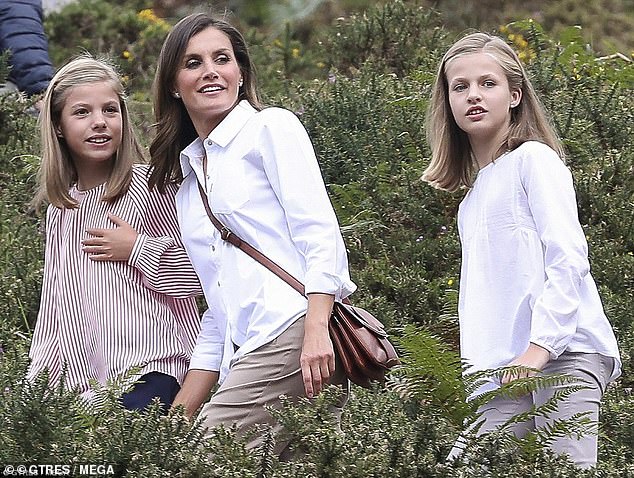 The picture comes  from when the family-of-four went for a hike in the National Park Picos de Europa in the Asturias region in September. Pictured left to right: Princess Sofia, Queen Letizia and Princess Leonor

Sofia, whose official title is Infanta Sofía of Spain, wore a red and white striped striped top with navy trousers and red trainers.

It marked her first official visit to the region from where she takes her name.

King Felipe cut a handsome figure in a green jacket, a blue and white checked shirt and grey jeans.

Gert’s Royals shared the photo with the caption: ‘King Felipe of Spain & Queen Letizia have released a photo of their Christmas card. 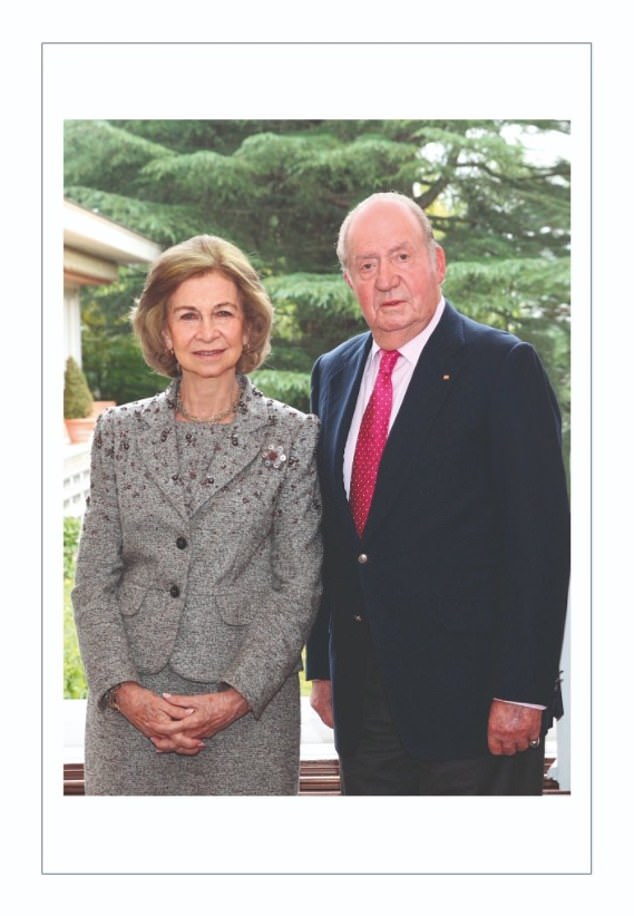 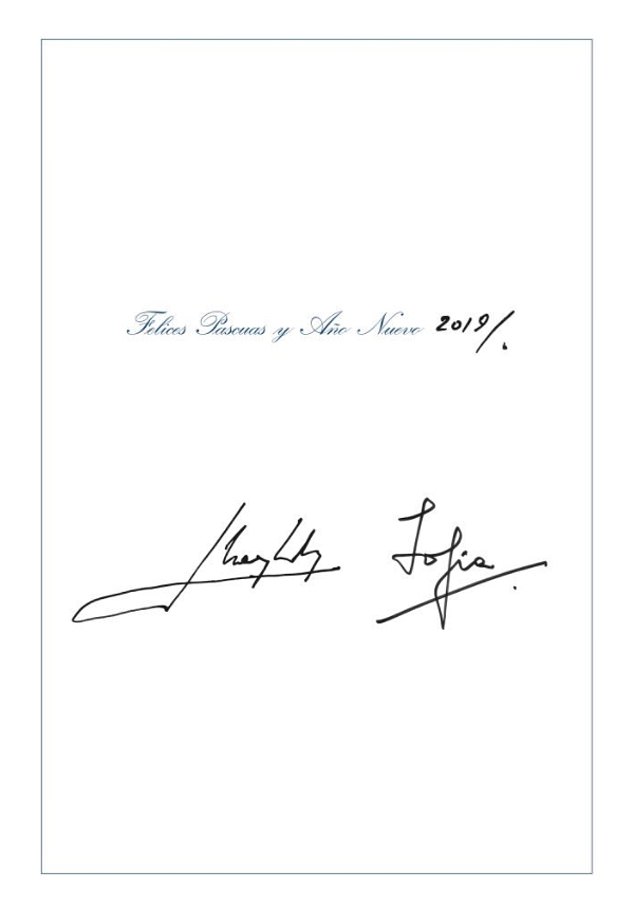 ‘The photo is from Princess Leonor, Princess of Asturias’s 1st official visit to Asturias in September.’

The royal couple posed for a photograph togetgher, with the Queen in a chic grey dress and matching jacket and the King wearing a smart blue suit.

They wished their followers a Merry Christmas and also signed the card in their own hands.