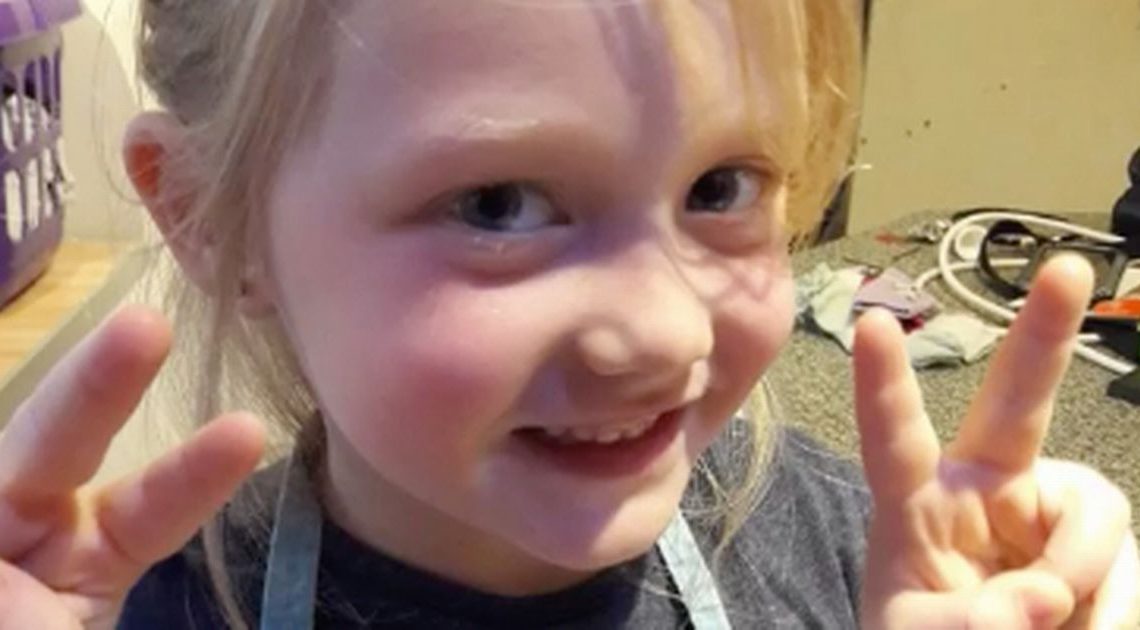 The abduction, rape and murder of Alesha MacPhail left Britain reeling at the "wicked" crimes of a 16-year-old boy.

Alesha was on the Isle of Bute to visit her dad and grandparents when she was snatched from her bed, raped and murdered on July 2 last year.

The killer was today jailed for at least 27 years.

But why did Aaron Campbell "brutalise" the innocent six-year-old in such a chilling and vicious attack?

What drove him to take Alesha from her bed, take her to an abandoned hotel and inflict 117 injuries upon her?

The teenager was described as "popular" by his mother, and had a girlfriend who "stood by him" during the trial.

Today he finally confessed to those crimes and said he had to "stop himself from laughing" during the murder trial.

When Campbell was found guilty at Glasgow High Court last month, the judge, Lord Matthews, said he had committed “some of the wickedest, most evil crimes this court has ever heard in its long history of dealing with depravity”.

Many questioned how a schoolboy could carry out such an evil attack that left Alesha's family and wider community distraught.

Professor Elizabeth Yardley, a Professor of Criminology and Director of the Centre for Applied Criminology at Birmingham City University, says this was not a "random" incident where Campbell "snapped".

Speaking to Mirror Online, she said Alesha's murder was "one of the most awful cases I've come across".

"If you look at the extent of violence that was used, she had 117 injuries, this was not the case of a normal, healthy individual one day turned into a homicidal child-killer the next," she explains.

"This is somebody who would have had an extensive history of problematic behaviour. This is someone who really values violence and enjoys hurting other people.

"I think one of the most disturbing things to me was how calm he was afterwards."

CCTV footage shows Campbell going in and out of his house on a number of occasions throughout the night that Alesha was kidnapped and killed.

His mother alerted the police to the footage thinking it would "eliminate" him from their enquiries. but instead it alerted them to the killer.

Prof Yardley adds: "You've got this CCTV of him just sauntering home so he doesn't appear to have an emotional reaction to it. He appears to be emotionally empty and he's got this lack of remorse.

"Most of the offenders I work with who've been convicted of manslaughter and murder can't function at all because they're so abhorred by the harm they've caused. They can't behave in a normal way at all, and so for Campbell to react in that way suggests some psychopathic tendencies to me.

"Another key thing that comes through for me is that Alesha was a girl. That's a really significant thing here and that the attack involved sexual violence – that tells us about his views about women and girls, who they are and how they should behave.

"It's inherently misogynistic. One of the most common things we see in cases of femicide is strangulation and that's what we've got here."

A post-mortem found Alesha died of "pressure to the face and neck".

After Campbell was found guilty and Lord Matthews lifted the anonymity order, it emerged that Campbell had a fascination with the Slenderman character and violent video games.

Prof Yardley argues that the gruesome character would not have compelled him to carry out the awful attack.

Instead, she says he would have been drawn to Slenderman because it reinforced his views.

"I always say these things cause people to commit these acts of violence, people are watching this kind of stuff but they support the views and values that they already have," she explains.

"It isn't something that triggers this kind of thing."

Describing Campbell as "evil" isn't something Ms Yardley agrees with and says he's a person who "decided to do an evil thing".

"Given how sustained the attack was and the number of injuries that she had – that's 117 decisions to keep inflicting harm on somebody. This is someone who knows exactly what they're doing, they know what they're doing is wrong and they just choose to do it anyway."

Ms Yardley has worked with countless offenders and says this level of violence is usually something they take "years to work up to".

"For somebody who is a teenager to be doing this kind of thing is really rare, thankfully, but when it does happen, it's horrendous."

Campbell is also alleged to have nearly drowned a different young girl at a leisure centre pool years before Alesha's murder.

He was just six or seven when he held the youngster's head under the water for so long she feared she would drown, Bute locals claimed.

And the killer is said to have slaughtered and skinned cats in his younger teens, apparently burying two feline corpses in his garden.

One neighbour also claimed Campbell had become a local nuisance on Bute and was once caught trying to set fire to buildings.

None of the stories, including the 'near-drowning', have been corroborated, but they have been making the rounds on the island.

"In order to perpetrate something this horrendously violent, you need to value violence and that comes from a messy combination of nature and nurture. I'd say it's what they observe in the world around them growing up is quite an important factor in leading to this kind of thing.

"All the violent men I work with have some kind of horrendous abuse, or neglect, or trauma in their early lives.

"They feel that during their time as children, they didn't have a lot of control and that develops into an intense need to be in control as adolescents and adults. And for some people that can mean harming other people.

"This is a young man who wants to call all the shots, he wants everything his way."

The murder trial heard about Campbell's other social media activity after Alesha was murdered, including a Snapchat video in which Campbell looked into a mirror and said: “Found the guy who’s done it."

The court also heard how he had spoken to a friend about killing someone for the "life experience".

Prof Yarldey argues that Campbell will have loved the attention after the anonymity order was lifted and will embrace his new-found notoriety.

"There's quite a sense of narcissism about him that he's enjoying the attention," she says.

"When the anonymity order was lifted I thought, 'he's going to be quite liking this'.

"It's Alesha's name we should be remembering from this case and not his.

"He's going to enjoy people talking about him, having his name and picture out there in the papers and he'll really enjoy the fact that people are trying to figure out what drove him to do this.

"But he's not going to have an easy time in prison at all…child killers are right at the bottom of the pecking order. He's going to have one eye open all of the time."

Prof Yardley also believes Campbell would have killed again if he had not be apprehended for Alesha's murder.

"When you look at the level of harm he's inflicted and the fact that he enjoy doing that, I think the only thing that saved potential future victims is that he's a very inexperienced offender.

"He was incredibly disorganised, he wasn't forensically aware enough to try and cover his tracks. This was someone who was capable of more harm and he still is now."

However, she does believe Campbell can be rehabilitated – if he accepts responsibility for the harm he has caused.

"That's one of the things I always say about serious violent offenders is everybody is capable of change. I've seen examples of that happen but in order for somebody to change their behaviour, they need to acknowledge that what they've done and accept responsibility for it," she says.

"I've worked with people convicted of murder, manslaughter, armed robbery and during their time in prison they have decided 'I don't want to be this person anymore'. And it can take years and years and years but they have got there in the end."

There are scant details about how Campbell managed to take Alesha from her grandparents' house without anyone waking up and Ms Yardley believes he would have planned the attack.

Professor Yardley also says there's no evidence Campbell had mental health issues and discounts the theory that drugs and alcohol would have played a part in his decision to kill.

"It's so disturbing to think that someone of that age can consciously decide to cause that amount of harm but that's what we've got in this case and we really need to understand where that came from in order to prevent this happening again.

"He certainly wasn't an innocent little boy one minutes and then played a violent video game and turned into a killer."