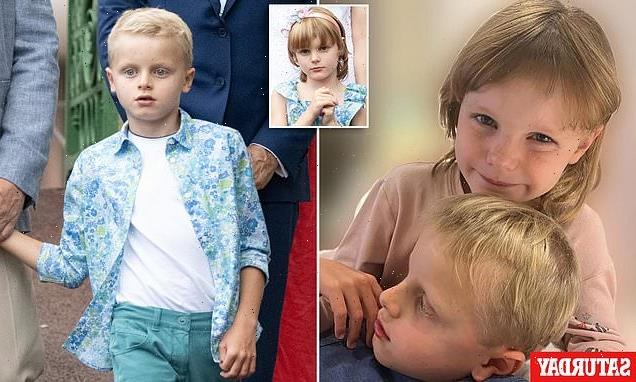 Look what I did, Mum! Charlene of Monaco reveals daughter Gabriella, 7, gave herself and twin Jacques DIY haircuts hours before a royal event – forcing her to hide the results with a pretty hairband and a fresh chop

Princess Charlene of Monaco has revealed that her daughter Princess Gabriella gave her twin brother Jacques and herself matching DIY haircuts – hours before the family were due to attend a high profile royal event.

Charlene shared photos of the at-home haircuts on Saturday with the caption: ‘Gabriella gave herself, and her brother a haircut !!! Looking forward to school on Monday…’

The following day, the twins made an appearance alongside their parents, with Jacques given an emergency haircut to remove his sister’s choppy handiwork.

Meanwhile Gabriella was given a pretty hairband to distract from the worst of her uneven locks. 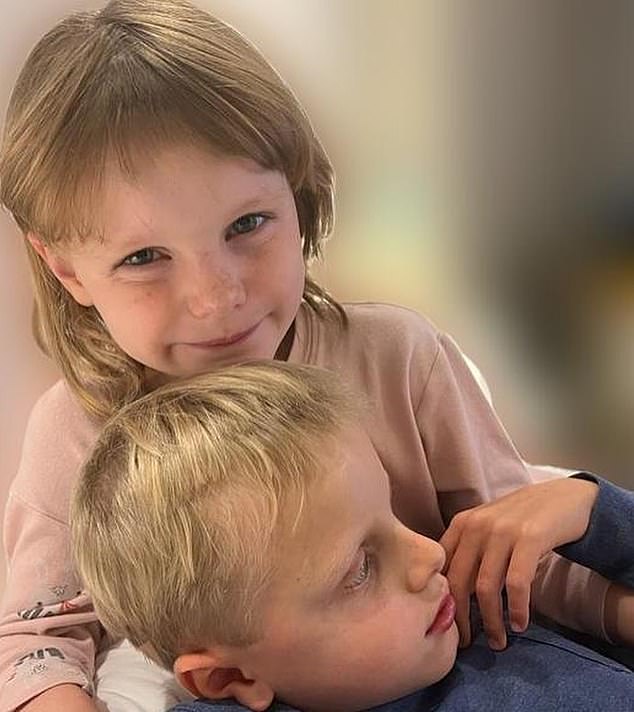 Princess Gabriella, pictured here with her twin brother Prince Jacques, took a pair of scissors to their hair, resulting in these uneven ‘dos 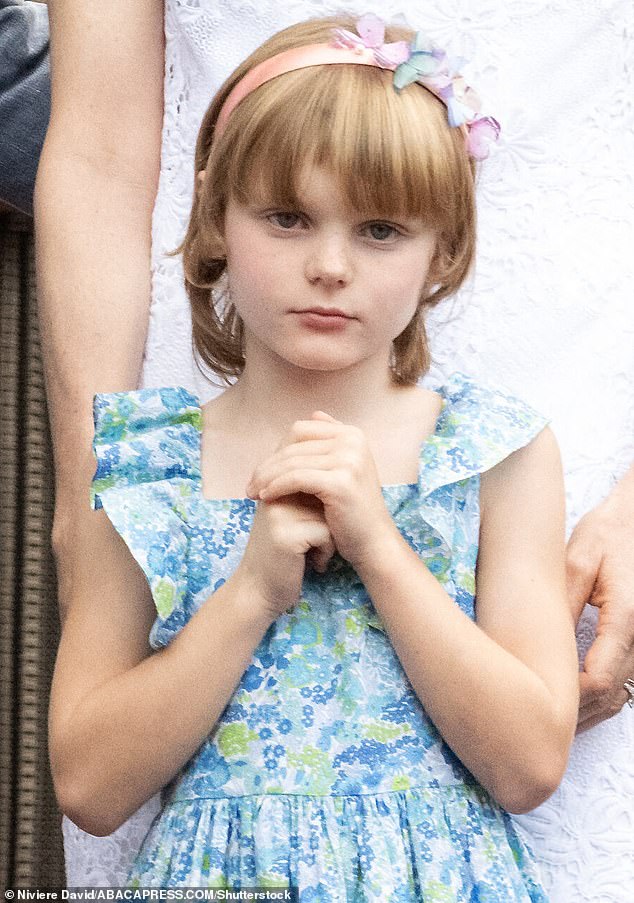 The seven-year-old royal appeared to have had an emergency haircut before an appearance at the weekend, with her hair, which was styled with a headband, looking neater 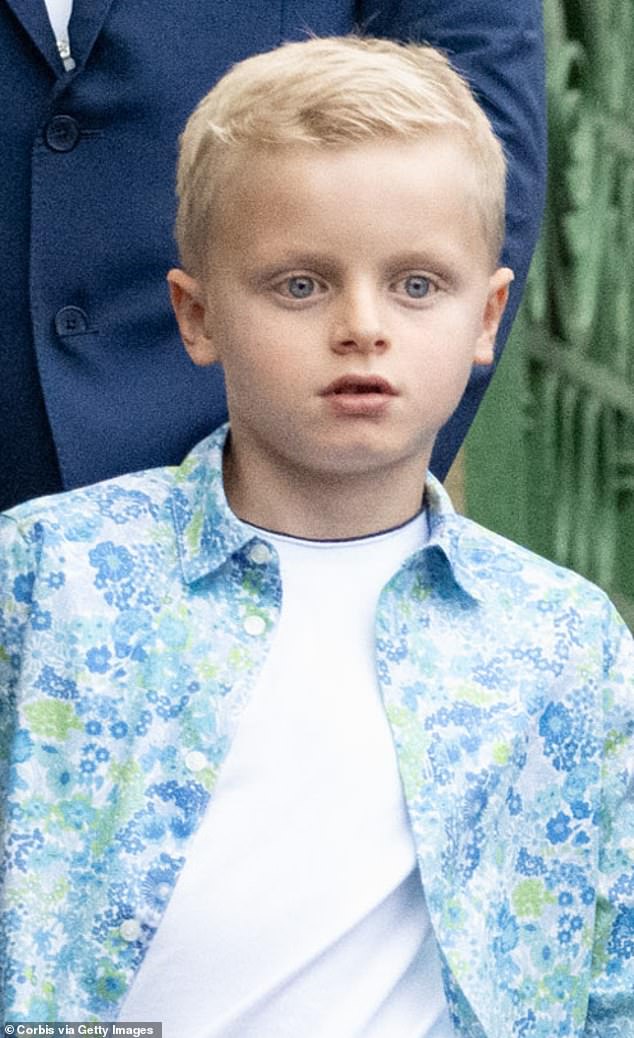 Meanwhile Prince Jacques showed off a much shorter ‘do, with his blonde locks neatened into a short back and sides

Photos taken of the family attending a large picnic in Monaco at the weekend show the twins’ respective hairstyles looking smarter than in the Instagram snaps.

For the event, Gabriella donned a floral headband, which complemented her printed floral frock, and may also have helped camouflage some of her uneven strands.

Meanwhile Jacque showed off a much shorter do, with his blonde locks cropped into a short back and side.

Instagram followers loved seeing the results of Gabriella’s scissor-happy antics, with some admitting they’d done the same thing as a child.

One wrote: ‘Hahaha we’ve all done this at some stage.’

Another agreed, adding: ‘Every Child has to do that.’

And a third said: ‘My twins did the same. I felt so embarrassed with their teachers…but they told me that it’s not unusual at their age.’ 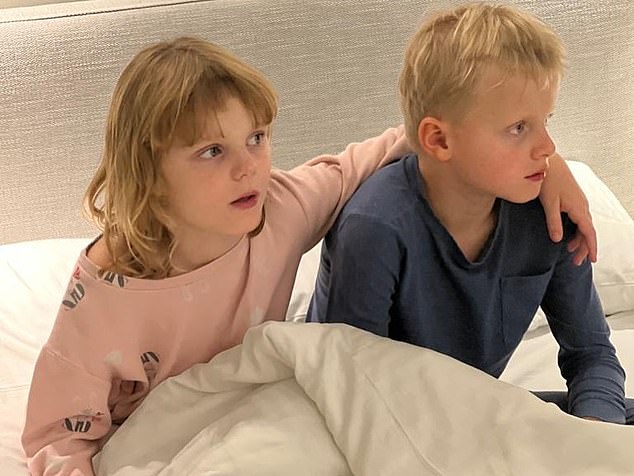 Princess Charlene shared a caption alongside the photos of her children, noting that the twins’ new ‘dos came just days ahead of them returning to school

Meanwhile others noted that this isn’t the first time the youngster has taken a pair of scissors to her hair.

Last Summer, Princess Charlene, 44, revealed that her daughter had cut her own hair, giving herself an asymmetric fringe.

Sharing photos on Instagram, Charlene revealed Gabriella had decided to ‘give herself a haircut’, explaining why the young princess had an uneven, choppy fringe.

The pictures showcasing the results of Princess Gabriella’s handiwork were part of a series of snaps shared by the Monaco royals as they reunited for the first time in almost three months.

Fans flocked to the comments section of the post, many revealing that they too had given themselves DIY haircuts when they were children

During that time, Charlene did not see her husband or children as she was in South Africa, recovering from a mystery operation.

It is only recently that Charlene has re-entered public life after largely remaining out of the public eye over the last 18 months, but rumours have swirled that she is receiving £10million a year to appear at her husband’s side at official engagements.

She spent 10 months in her native South Africa last year after contracting a sinus infection that later required surgery.

She returned to Monaco in November but was there for a matter of days before leaving for a Swiss treatment facility. The exact nature of her condition was not made public but Albert said she was ‘exhausted’.

The mother-of-two has made a handful of appearances including a recent solo engagement to a maternity ward. 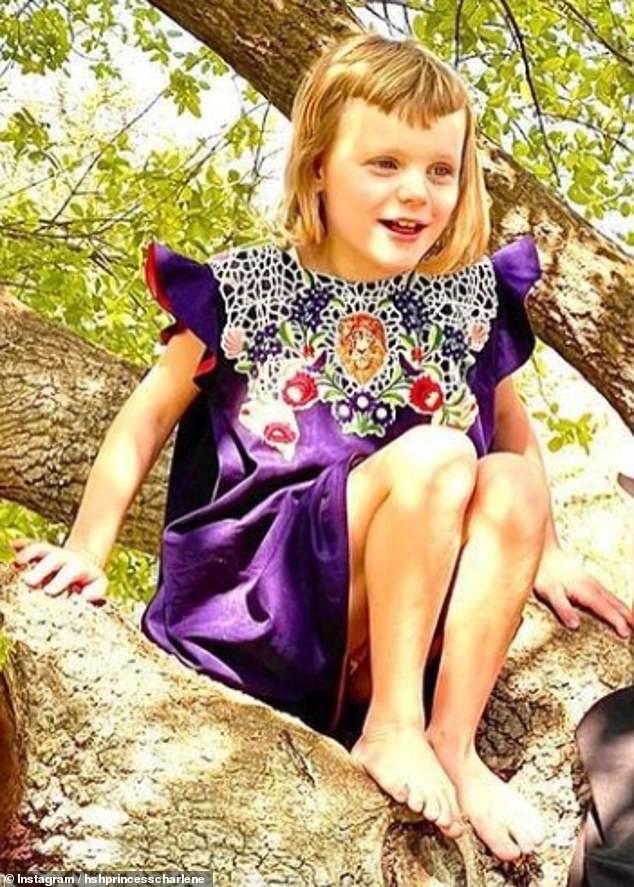 Princess Gabriella also gave herself a DIY haircut last Summer (pictured), leading Princess Charlene to explain to fans why her daughter’s fringe was  uneven and choppy in family snaps 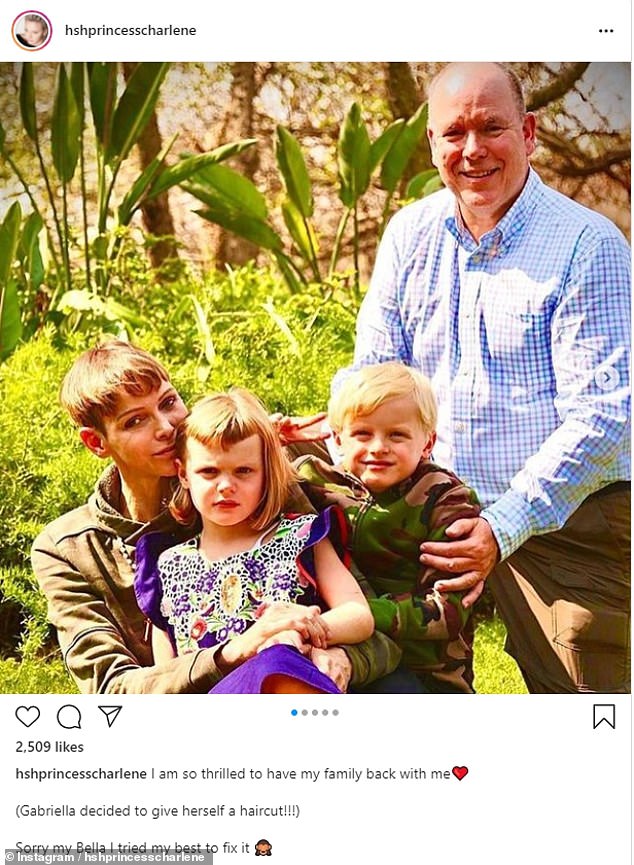 Charlene and Albert’s relationship has come under enormous scrutiny in recent months.

Prince Albert said he was ‘hurt by the vicious rumours’ peddled about his marriage following his wife’s absence and said that it’s the ‘most beautiful thing’ to have her back with him.

‘But the Princess did not return at any price,’ magazine Voici reported. ‘She would have had her husband sign an ultra-confidential contract.’

The revelations were followed up by rival publication Paris Match Belgium, which writes: ‘Prince Albert would himself pay a tidy sum to the princess so that she appears at his side at public events.’

The Royal Palace in Monte Carlo refuses to discuss specific financial arrangements, but the principality pays out some £40m a year to cover the institution’s running costs.

Royals are not salaried officials, however, meaning that Charlene would be reliant on Albert – a billionaire in his own right – for her own spending money.

A Royal insider based in Monte Carlo told MailOnline: ‘Of course the Princess enjoys huge perks, but ready cash is not guaranteed.

‘She’s been through a very difficult time, so it would make sense for Charlene to try and secure her own guaranteed income.’

January 27 – Charlene is pictured with Albert for the Sainte Devote Ceremony in Monaco.

March 18 – Charlene is pictured at the memorial for the late Zulu monarch, King Goodwill Zwelithini at the KwaKhethomthandayo Royal Palace in Nongoma, South Africa

April 2 – Charlene posts an Instagram picture of herself, Albert and their twins Jacques and Gabriella for Easter.

It is unknown where the image was taken.

May 8 – Albert, Jacques and Gabriella attend a Grand Prix event in Monaco without Charlene

May 10 – Albert attends Monaco Gala Awards in Monaco without Charlene

June 3 – New photos emerge of Charlene on her conservation trip

June 24 – Charlene’s foundation releases a statement saying the royal is unable to travel and is undergoing procedures for an ear, nose and throat infection

July 2 – Charlene and Albert mark their 10th anniversary separately. ‘This year will be the first time that I’m not with my husband on our anniversary in July, which is difficult, and it saddens me,’ Her Serene Highness Princess Charlene said in a statement.

July 3 – Albert appears with glamorous niece Charlotte Casiraghi at the 15th international Monte-Carlo Jumping event, which is part of the Longines Global Champions Tour of Monaco,

August 13 – Charlene undergoes a four-hour operation. The reason is not announced

September 2 – She is discharged, with a statement from the Palais Princier reading: ‘Her Highness is closely monitored by Her medical team who said that Her condition was not worrying’

November 8 – Charlene arrives back in Monaco. Prince Albert said within hours it became clear she was ‘unwell’

Following his return from the trip, Prince Albert holds an intervention with Charlene’s brothers and a sister-in-law in which Charlene ‘confirmed’ she would seek ‘real medically framed treatment’ outside of Monaco

January 25 – Charlene celebrates her birthday alone outside of Monaco

March 14 – The royal palace announced Charlene had returned to Monaco.

May 18 – Prince Albert takes twins to Disneyland without Charlene

May 29 – Charlene and Albert appear together at Monaco F1

June 22 – Charlene and Albert take their children to Oslo, Norway