Pound plunges against dollar and euro as May pulls Brexit vote

MPs were due to vote on the withdrawal agreement tomorrow night but Government sources say Theresa May will postpone plans. 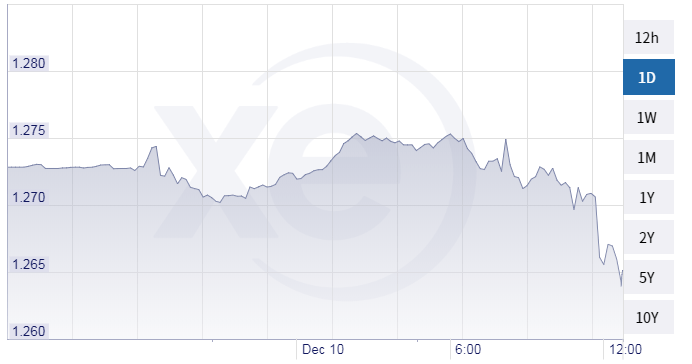 The Prime Minister is due to make a Commons Statement at 3.30pm today.

But the uncertainty has lead to the crashing of the Pound against the Dollar – at the time of writing, £1 was worth $1.264. 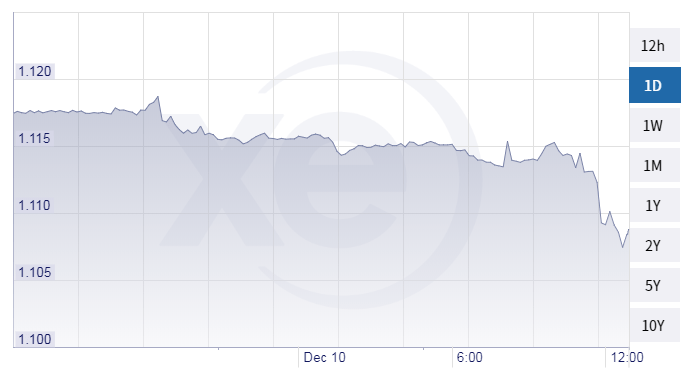 When it comes to the Euro, the value of the Pound has also fallen over the course of just a few hours.

This compares to Sterling's seven-day high against the Euro of 1.125 Euros to £1.

Andy Demetriades, head of partnerships at foreign exchange firm Caxton said: “The Pound continues to come under immense pressure following expectations that Prime Minister May is set to delay the Brexit vote.

"The clear direction of travel for Sterling is lower both against the Euro and the US Dollar.

"The charts remain bias to the downside and would indicate that there is potential to carve out new lows not seen since the referendum itself. Whatever the outcome is today or this week, expect further volatility.”

The Pound suffered its biggest fall of the year in November after Dominic Raab quit over "blackmail" Brexit.

It also took a hit against against the Euro and Dollar in July this year after Boris Johnson resigned from the Cabinet.

But Britain can cancel Brexit and stay in EU forever without asking Europe’s permission, Euro judges have ruled.