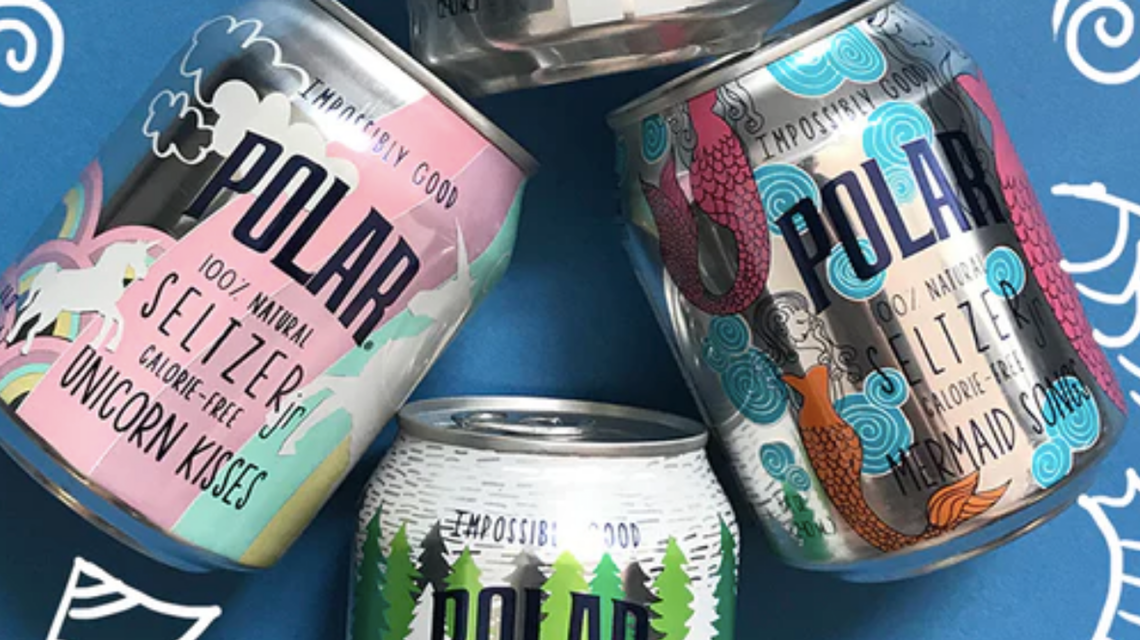 There has been a battle brewing in seltzer circles. Seltzer, which is literally just water with CO2 added to give it bubbles, is now a supermarket standard, despite being painfully simple. Still, its delicate flavor and lack of sugar has won over the hearts of many millennials. But, which brand of seltzer reigns supreme? Does the mouthfeel of LaCroix live up to the image it has created? Perhaps. But even the most devoted fans of LaCroix may have their devotion challenged with a seltzer flavor that is simply magical: Polar Seltzer’s Unicorn Kisses.

The Polar Seltzer Unicorn Kisses flavor is, bar none, the most mystical beverage out there. Part of a more expansive line of mystic-inspired bubbly beverages (who even knew such a thing existed?). Detailed in a blog post by Polar Seltzer when the limited edition of the flavor was re-released in 2018, the "Unicorn Kisses Polar Seltzer has returned along with the other mythic characters – Mermaid Songs, Dragon Whispers and Yeti Mischief." Just picture it: you’re at a party and someone spots a strange design on your can. They come over to you and ask what you’re drinking. You casually reply, "Yeti Mischief Seltzer." They walk away, bewildered and impressed by your outlandish can of magical fizzy water. You are left with your pride, and the rest of your delicious drink. 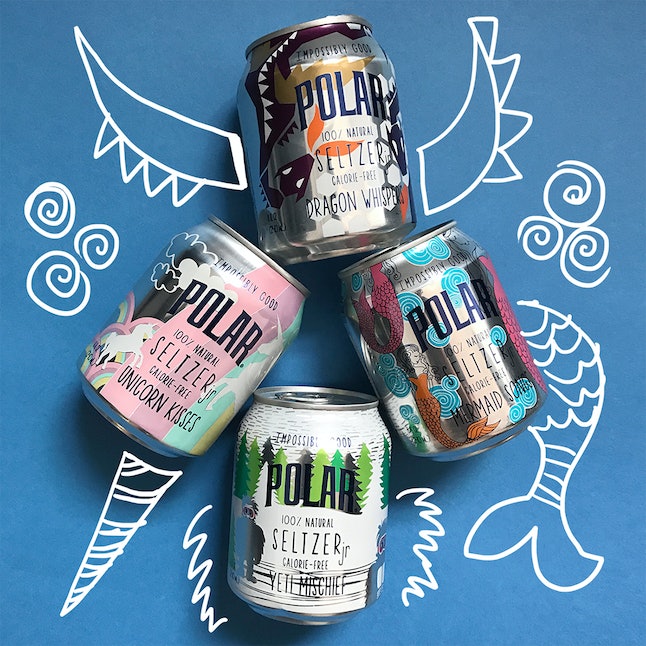 Per Polar Seltzer’s post when the cans were re-released, "Heading to stores now, Polar Seltzer JR is a collection of impossibly good sparkling seltzers available in junior 8-ounce cans and will be available year round." And thank goodness, because when isn’t it seasonally appropriate to have a tiny beverage with a fictional creature on it in your hands?

But what exactly do these mystical flavors taste like? Alyse Whitney of Bon Appetit decided to uncover the flavors as mysterious as their namesakes. The Mermaid Songs flavor, she reveals, tastes aggressively like another aquatic-inspired treat: Swedish Fish. She added, "It also tasted like strawberry-kiwi Snapple to one taster and apple to another, so it’s a mixed bag of fruit essences." Per Whitney, The Dragon Whispers flavor is particularly subtle, but bears a likeness to other citrus-flavored sips. Absent, perhaps surprisingly, is the taste of dragonfruit. Yeti Mischief, the most unusual of all flavors present in the line, was described by Whitney’s team of tasters as "limey and piney." This profile makes a lot of sense, but you will have to judge whether it works. Finally, Unicorn Kisses was described as having a flavor "like a watermelon Jolly Rancher with a bit of strawberry bubblegum aftertaste." It makes sense something so saccharine and youthful would inspire the sip.

Polar Seltzer has never been one to shy away from inventive flavors of seltzer. Last year, the company released a holiday line of holiday flavors including Hibiscus Cloudberry, Blackberry Clementine, Cranberry Cider, Ginger Lime Mule, and Vanilla Zen. Some of these flavors can likely still be found in stores.

But truly, who would opt for anything over unicorn seltzer? You can find stores that carry it near you using the online locator on the Polar website.